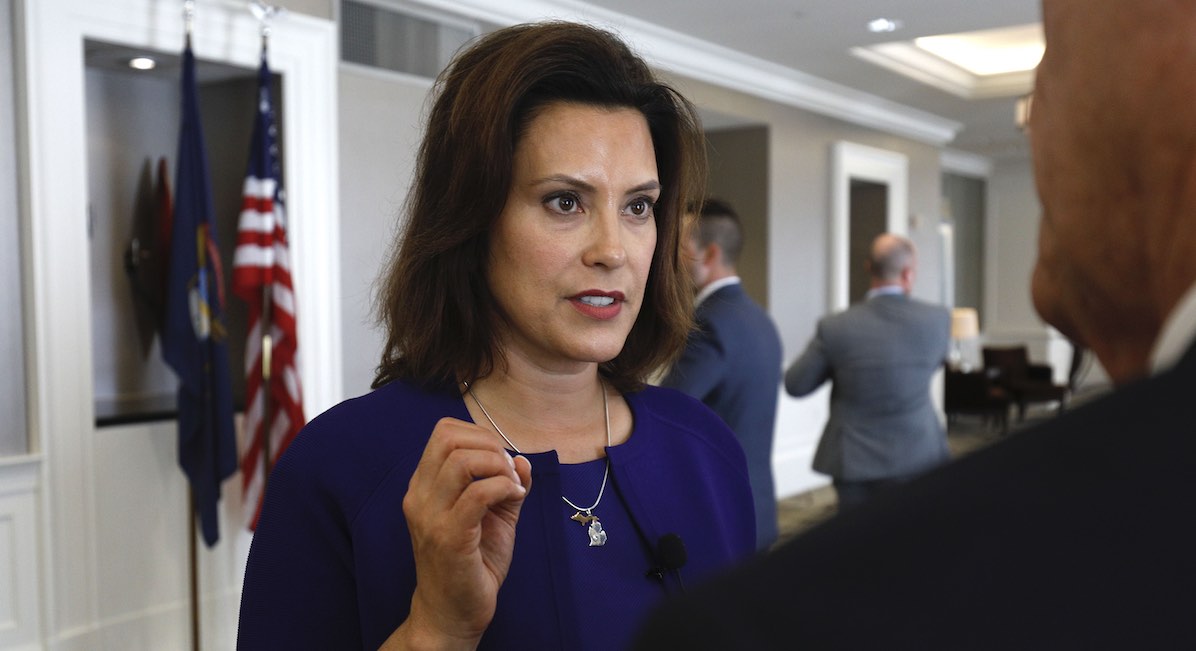 With the threat of Roe v. Wade‘s end, pro-abortion politicians have been working desperately to protect abortion wherever and however they can. In Michigan, Governor Gretchen Whitmer teamed with Planned Parenthood in April to overturn the state’s 1931 ban on abortion. With a recent court decision, it appears they have succeeded.

Court of Claims Judge Elizabeth Gleicher issued a preliminary injunction, ruling that the state abortion ban violates the state’s constitution. “After 50 years of legal abortion in Michigan, there can be no doubt but that the right of personal autonomy and bodily integrity enjoyed by our citizens includes the right of a woman, in consultation with her physician, to terminate a pregnancy,” she said. “From a constitutional standpoint, the right to obtain a safe medical treatment is indistinguishable from the right of a patient to refuse treatment.”

Last month, both Whitmer and Planned Parenthood filed lawsuits to have the ban overturned, with Whitmer specifically working to circumvent lower courts by invoking executive authority, which means the Michigan Supreme Court would need to provide immediate intervention. Whitmer said at the time that her actions were specifically due to the impending fall of Roe.

“This is no longer theoretical: it is reality,” she said. “That’s why I am filing a lawsuit and using my executive authority to urge the Michigan Supreme Court to immediately resolve whether Michigan’s state constitution protects the right to abortion.”

The Michigan Catholic Conference and Right to Life of Michigan filed legal briefs in support of the abortion ban, with representation from Alliance Defending Freedom (ADF). “Michigan’s elected officials have a duty to uphold the law and protect all their citizens, including the innocent lives of unborn children,” ADF senior counsel John Bursch said. “Yet what we are seeing is the state’s top attorney general engaged in an unacceptable effort to attack a pro-life law that has existed peaceably with the state constitution for more than half a century.”

ADF had also asked for Judge Gleicher to be recused from the case, as she has previously argued cases on behalf of Planned Parenthood, and is a donor to the abortion giant. “Right to Life and the Michigan Catholic Conference are also deeply concerned that this case has been assigned to a Michigan Court of Claims judge who has not yet recused but previously, in private practice, represented parties in litigation to invalidate Michigan pro-life laws while working with Plaintiffs’ counsel, the ACLU, who has received an award from Planned Parenthood; and who remains an annual and longtime contributor to Plaintiff Planned Parenthood,” Bursch wrote in his brief. “Remarkably, this will result in a judge indirectly funding the very action over which she presides.”

Attorney General Dana Nessel had previously said she would not enforce the abortion ban if Roe were to be overturned, and since the injunction, said she would not appeal the judge’s ruling. Whitmer, meanwhile, called the ruling a victory, saying it “sends the message that Michigan’s 1931 law banning abortion, even in cases of rape or incest, should not go into effect even if Roe is overturned … [i]t will help ensure that Michigan remains a place where women have freedom and control over their own bodies.”

Other restrictions against abortion in Michigan will remain in place for the time being.