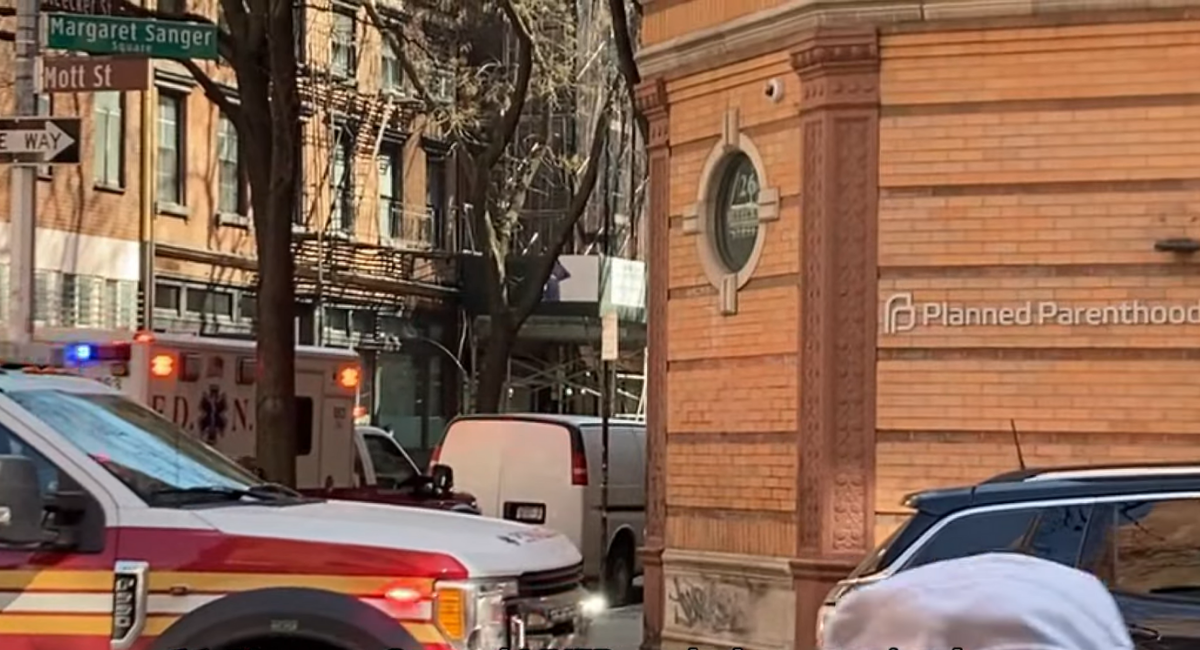 A pro-life activist participating in 40 Days for Life witnessed a woman being taken to the hospital by ambulance from Planned Parenthood’s Manhattan facility. While the details of her injury are not known, she is the 42nd known injury since the facility’s opening, and the 33rd in the last five years.

The witness contacted Operation Rescue about what she had seen. It began with the arrival of a Stericycle truck to the facility, with some Planned Parenthood staffers outside. The witness assumed it was there to collect the bodies of aborted preborn babies.

“Stericycle days are tough. Especially if I’m by myself,” the witness told Operation Rescue. “I usually kneel and make the sign of the cross each time the workers bring out hand trucks stacked with cardboard boxes marked for incineration. While I was preparing my heart to deal with this truck again, the workers were trying to clear off a few cars that were trying to park in front of the… door. They would shake their heads and motion to the drivers to keep going.”

But it turned out the staffers weren’t clearing the way for the Stericycle truck; they were making room for two ambulances and a fire unit. While the witness took photo and video, she was approached by an angry woman.

“’I’m here to help,’ was my response,” the witness said. “She replied with strong language and said that I wasn’t helping. Then I pointed towards the double EMS trucks directly in front of us and said, ‘How is this helping women?’ I said that I would pray for her and that we should both pray for the poor woman that was possibly dying inside Planned Parenthood right now.”

Planned Parenthood’s Manhattan facility — originally named for founder Margaret Sanger — has a disturbing history of injuring women and putting others at risk. The building itself is dangerous, with elevators too small to fit a gurney; on at least one occasion, paramedics responded to an emergency and couldn’t bring the patient downstairs on a gurney. If someone’s life is in imminent danger, this can have fatal consequences, as the nation tragically saw with Karnamaya Mongar.

In 2019, five women were injured at the facility within the span of seven weeks. It is also a known training center for the Ryan Residency abortion training program, which teaches medical students and physicians how to commit abortions.

“This Planned Parenthood is the exemplification of an abortion facility that conducts unsafe abortions. It is dangerous for women and lethal for babies. Planned Parenthood allows untrained individuals to conduct trial-and-error abortions on women in the name of ‘training,’ which puts women’s lives and health at risk,” Troy Newman, President of Operation Rescue, said in a statement. “It operates under a veil of secrecy provided by its political cohorts within the Democrat-run City of New York. If the City and New York State health officials truly cared about women, they would immediately shut down the Manhattan Planned Parenthood.”