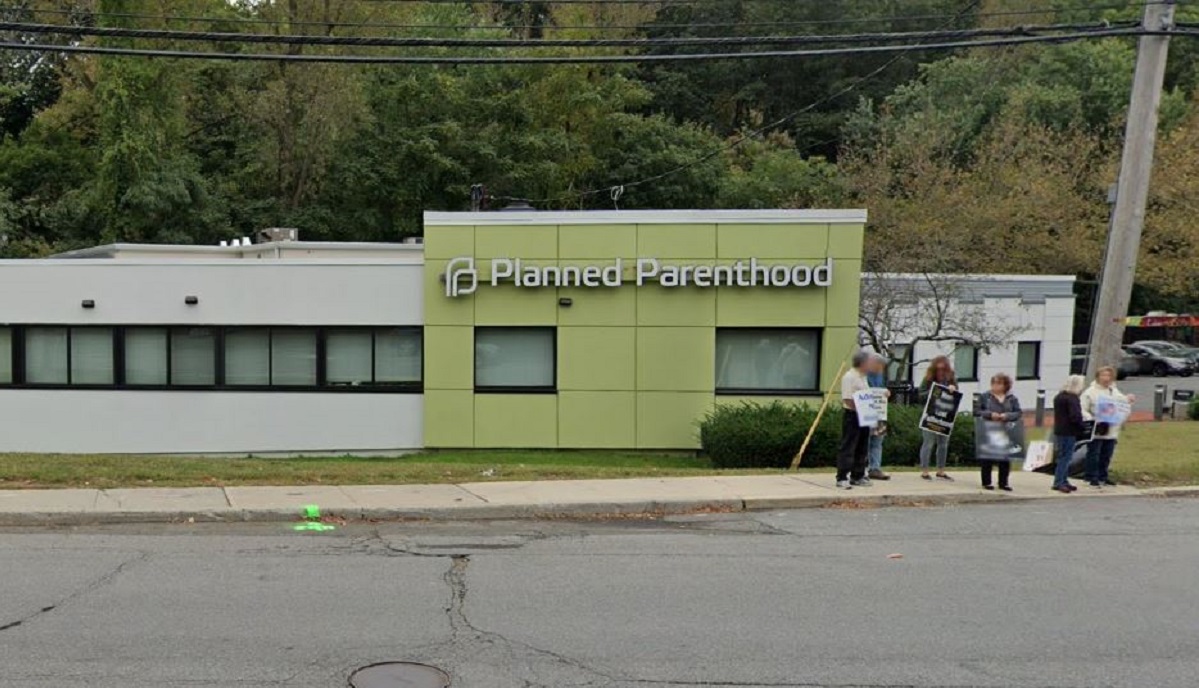 The woman, who identified herself as Angelyn C, gave the White Plains facility one star and complained about “unprofessional and unsanitary” conditions. The facility “didn’t clean up after the last patient,” she wrote. Angelyn doesn’t reveal whether she went to Planned Parenthood for an abortion, an IUD insertion, or a different service, but the photo shows what appears to be a bloody transvaginal ultrasound probe. 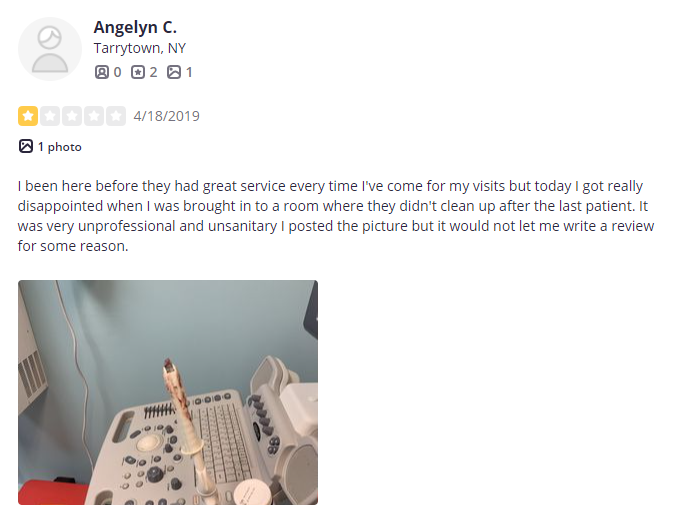 Transvaginal ultrasounds are given in abortion facilities before abortions to date early pregnancies and to comply with laws mandating ultrasounds before abortions. We don’t know if this ultrasound probe was used on women in this condition, but the fact that it would be left covered in blood while Planned Parenthood was seeing patients in the same room is disturbing.

While the photo is unverifiable, former Planned Parenthood workers such as Catherine Adair have stated that rooms and equipment weren’t cleaned between patients. “One of my jobs as a medical assistant at Planned Parenthood was to clean the room in between abortions,” said Adair. “I clearly remember how quickly we were required to work so that the doctors didn’t have to wait for the next abortion… speed was more important than being thorough. Blood spatter was often on the wall, floor and table when the next woman came in for her abortion. It disgusted me, and I always wondered what the woman coming in thought and if she noticed it. Abortion clinics are ONLY interested in money, they don’t care about the safety and well-being of women.”

Unsanitary conditions are a problem throughout the abortion industry. When Americans United for Life assembled the report “UNSAFE: America’s Abortion Industry Endangers Women,” the organization found that 184 abortion facilities in 32 states were cited for unsanitary conditions during health inspections.