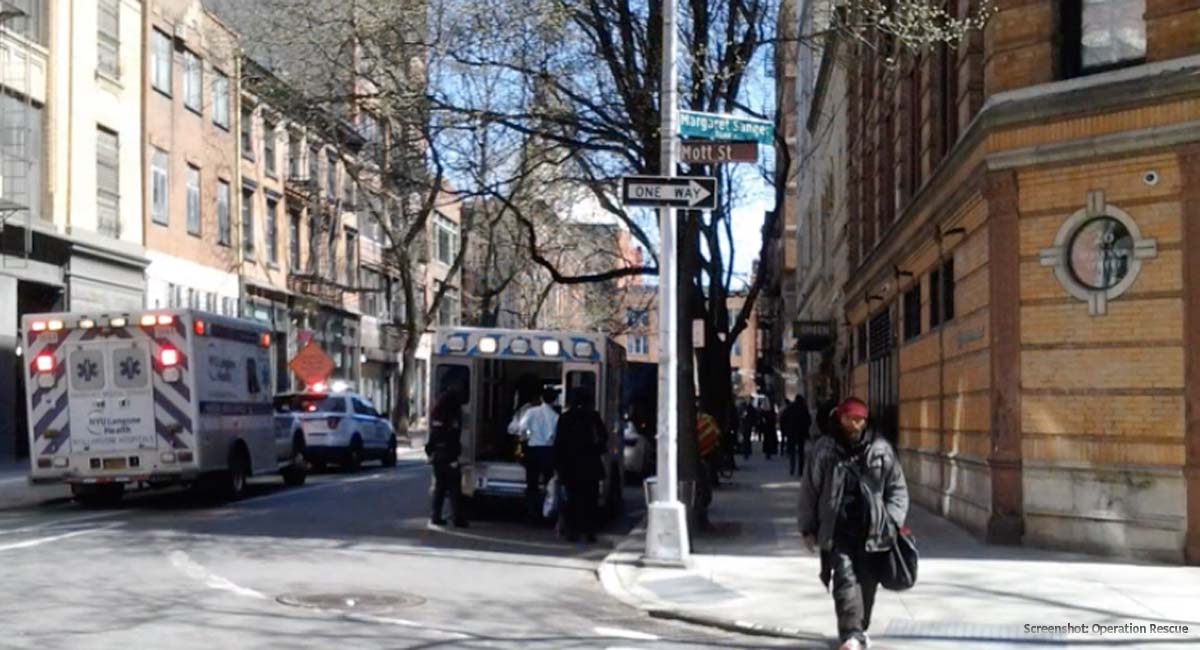 Operation Rescue is reporting that there have been five medical emergencies at New York’s Margaret Sanger Center Planned Parenthood in Manhattan in just seven weeks. Each of the emergencies involved African-American women, which should not be shocking, since Planned Parenthood targets women of color for abortions and more Black babies are aborted in New York City than are born.

“The fact that the past five medical emergencies involved Black women is not a good look for a Planned Parenthood abortion facility named after its founder, Margaret Sanger, a notorious eugenicist,” said Troy Newman, President of Operation Rescue. “It is well documented that Planned Parenthood facilities primarily target poor urban women of color for abortions.”

Sanger is well-loved by Democrats, including Hillary Clinton. She is also well known as a eugenicist who believed that certain groups of people, including African-Americans, were “undesirables” she wanted to “exterminate.”

The five most recent emergencies occurred between February 16 and April 4, 2019. They bring the total number of medical emergencies documented at the facility to 19 in just 26 months. That’s an average of nearly one medical emergency every month. Operation Rescue said that a pro-life activist has also observed a large increase in women leaving the Margaret Sanger Center Planned Parenthood over the past three weeks, with trouble walking, and on occasion crying or even vomiting.

This particular Planned Parenthood location does not have a safe exit for the women they injure. The abortion corporation fights safety regulations that would require their buildings to accommodate gurneys in case of emergency. But in a medical emergency, every second counts, and if the paramedics struggle to get the women out of the building, they lose precious time.  The elevator at the Margaret Sanger Center Planned Parenthood can’t properly fit gurneys. It appears that emergency workers have now resorted to using a wheelchair to bring patients down to then transfer to a gurney before loading into the ambulance.

“There is something very wrong at this Planned Parenthood abortion clinic,” said Newman. “The increased frequency of medical emergencies and women who are discharged before being stabilized is worrisome and is a symptom of a larger problem. We plan to file a complaint with the Department of Health, but with the political climate one that favors the liberalization of abortion until birth, it is hard to be optimistic that New York authorities will properly police Planned Parenthood. That places women in grave danger, as we have already seen.”