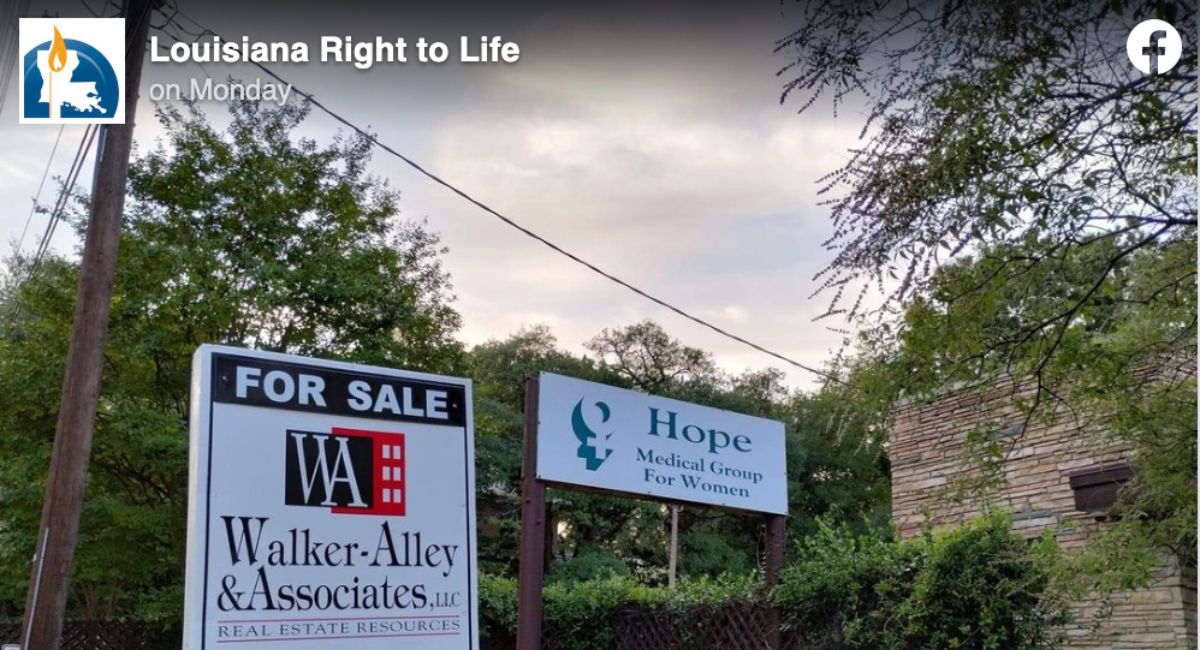 A Louisiana abortion facility shut down this week, following the state’s enactment of a law that protects nearly all preborn children from abortion. KSLA reports that a for sale sign now stands outside the space formally occupied by Hope Medical Group for Women in Shreveport.

“This facility was responsible for the most babies killed every year in Louisiana,” remarked Louisiana Right to Life in a Facebook post. “Let’s continue to be prayerful and active against such a place ever opening its doors here again.”

In a statement released last month, the facility said it was trying to raise funds to move out of state.

“Louisiana’s aggressive enforcement of a patchwork of vague trigger bans has made it impossible for Hope Medical Group for Women to keep its doors open, depriving countless people of critical healthcare services. However, we remain committed to our organizational mission and our staff are unwavering in their desire to serve people in need,” the clinic said in a statement. “Therefore, we are now exploring relocation options, and welcoming public financial support, so that we may continue to provide quality, accessible care.”

A GoFundMe account for the abortion group has a goal of $100,000, though less than $15,000 has been raised to date. Currently, there is no indication that the group has been successful in its relocation efforts.

The abortion facility, which had been in business since 1980, was notorious not only for killing preborn children but also for disregarding the health and wellbeing of women. In 2010, the facility was ordered to close because the Department of Health and Hospitals determined that it posed a public health and safety threat. However, a judge ruled that it could stay open after the facility sued. In 2020, the abortion facility stayed open and continued to perform surgical abortions, defying a state order to halt all elective and non-essential procedures during the height of the Covid-19 pandemic.

More recently, in 2021, a man searching through the dumpsters behind the facility made a shocking discovery, finding bloody trash, a sharps container filled with used needles, and items with patients’ first and last names on them. Even more disturbing, he found bloody pads with human tissue on them believed to be the remains of body parts of aborted babies.

Contrary to its name, the Hope Medical Group offered harm, not hope to many women. It’s clear that enacting more legal protections for the preborn will result in more protection for their mothers, too.