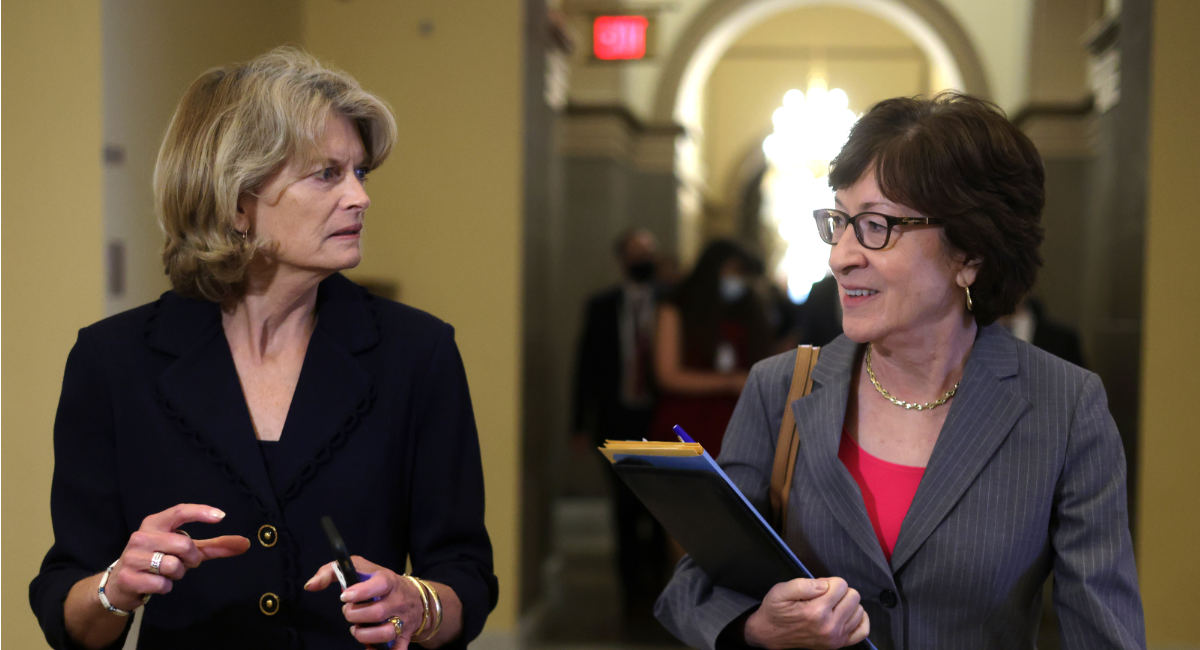 A group of senators has introduced legislation that would codify the ‘right to abortion’ into federal law. It is considered unlikely to pass, though its current bipartisan support may lure some fence-sitters to approve it.

The legislation, called the Reproductive Freedom for All Act, was co-authored by Sen. Susan Collins (R-Maine), Sen. Tim Kaine (D-Va.), Sen. Lisa Murkowski (R-Alaska), and Sen. Kyrsten Sinema (D-Ariz.). It was specifically introduced in response to the Supreme Court decision overturning Roe v. Wade, according to a press release.

“After the Supreme Court gutted a woman’s right to make personal health care decisions, Congress must restore that right,” Kaine said. “That’s why I’ve worked with my colleagues to find common ground on this bipartisan compromise that would do just that. The Reproductive Freedom For All Act would restore the right to abortion and protect access to contraception by enshrining those freedoms into federal legislation.”

“A woman’s health care decisions should be between her, her family, and her doctor,” Sinema added. “Our bipartisan, commonsense legislation protects the health and wellbeing of women in Arizona and across the country by ensuring all women – no matter where they live – can access the health care they need and have the ability to make their own decisions about their futures.”

Murkowski and Collins previously refused to vote for the Women’s Health Protection Act (WHPA), which would have not only codified Roe, but Planned Parenthood v. Casey as well, and was considered to be extreme by many. Though the bill would have allowed states to enact bans on abortion before viability, the WHPA was criticized for eliminating things like conscience protections, and would have allowed taxpayer-funded abortion. When they voted against it, Murkowski and Collins promised to introduce their own legislation to ensure abortion remains legal, and have now followed through on that promise.

“Every American should have autonomy over their own health care decisions, and the Supreme Court’s decision in Dobbs has made it imperative for Congress to restore women’s reproductive rights,” Murkowski said. “I’m proud to introduce bipartisan legislation with my colleagues to write into law the protections provided through Roe and Casey as well as affirming access to contraception provided in Griswold and other cases. For five decades, reproductive health care decisions were centered with the individual – we cannot go back in time in limiting personal freedoms for women.”

But abortion is unique among these so-called “personal freedoms for women,” because the act of induced abortion intentionally kills a human being prior to birth.

“The Supreme Court’s recent abandonment of longstanding precedent erodes the reproductive rights on which women have relied for half a century,” Collins agreed. “These basic rights need to be the same for American women regardless of the state in which they reside. Our bill would restore the right to obtain an abortion by enacting in federal law Roe v. Wade and other seminal Supreme Court decisions pertaining to reproductive freedom. In addition, our bill would protect access to contraception. By reinstating—neither expanding nor restricting—the longstanding legal framework for reproductive rights in this country, our bill would preserve abortion access along with basic conscience protections that are relied upon by health care providers who have religious objections.”

Kaine told the Washington Post that the bill does not have enough Republican votes to pass in the Senate. Ten senators would need to change their minds in order for it to pass, which is why NARAL Pro-Choice America President Mini Timmaraju criticized the bill.

“This bill is just another political stunt that would not actually address the abortion rights and access crisis that has pushed care out of reach for millions of people already,” she said in a statement. “Unless these senators are willing to end the filibuster to pass this measure, there’s no reason to take it seriously.”