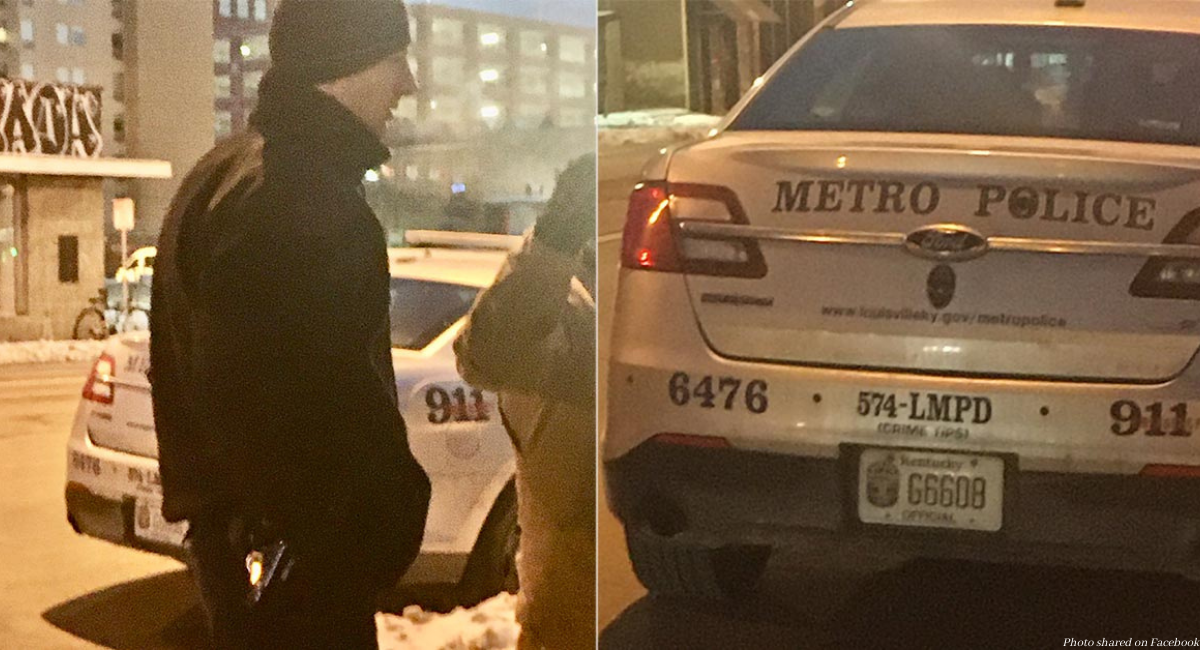 A 13-year veteran of the Louisville Metro Police force in Kentucky recently reached a $75,000 settlement with the city over the city’s response to his praying outside an abortion facility while in uniform.

Early in the morning of February 20th, 2021, Matthew Schrenger prayed a rosary and held a sign saying, “Pray to End Abortion” with his father outside EMW Women’s Surgical Center. The pair were participating in a 40 Days for Life vigil. The abortion facility was not yet open and Schrenger, who drove up in his squad car and wore a coat over his uniform, was not yet on shift.

Shortly after the incident, a Twitter account run by abortion facility escorts posted a picture taken from a clinic security camera of Schrenger praying. In response, Louisville Metro Police Chief Ericka Shields declared that he had violated department policy by participating in a “protest” while in uniform. Schrenger, a previous recipient of “multiple commendations,” was placed under investigation and suspended for four months with pay.

In October of 2021, Schrenger teamed up with Thomas More Society to sue the city’s mayor, police chief, and police department for punishing his constitutionally-protected behavior. Schrenger’s lawyer, Matt Heffron, commented, “The unfair discipline revealed undeniably content-based discrimination against Officer Schrenger’s personal pro-life views and violated his First Amendment rights. He did not engage in any political protest on duty – he prayed quietly. Yet Officer Schrenger was punished for this peaceful, private behavior.”

Heffron also called out the double standard employed by the city in its treatment of Schrenger’s case, saying, “The treatment of Officer Schrenger was particularly galling, considering other Louisville police officers previously had marched, while on-duty and in uniform, in political protests that apparently were approved by the police department.” Heffron added, “He was treated very differently than other officers who had undeniably engaged in true political protest and activism while participating in LGBT and Black Lives Matter demonstrations.”

As further proof positive of the city’s discrimination towards Schrenger, the Thomas More Society’s press release noted that open-records requests show that the other officers were not disciplined in any way for their participation.

On January 27, the Thomas More Society announced that a settlement had been reached. According to WDRB, Police Chief Shields continues to maintain that Schrenger participated in protest in violation of department policy, but acknowledged that the policy was unevenly enforced. She also confirmed that Schrenger is in good standing with the police department.

The Kentucky abortion facility where Schrenger prayed has a checkered past. As far back as 2008, EMW Women’s Surgical Center, previously called EMW Women’s Choice, offered an undercover investigator information on how to skirt the state’s parental consent law. Facility staff also failed to notify law enforcement of the presumably underage girl’s statutory rape at the hands of an alleged 31-year-old abuser. EMW is currently embroiled in a lawsuit regarding the constitutionality of a buffer zone painted on the sidewalk outside the facility.