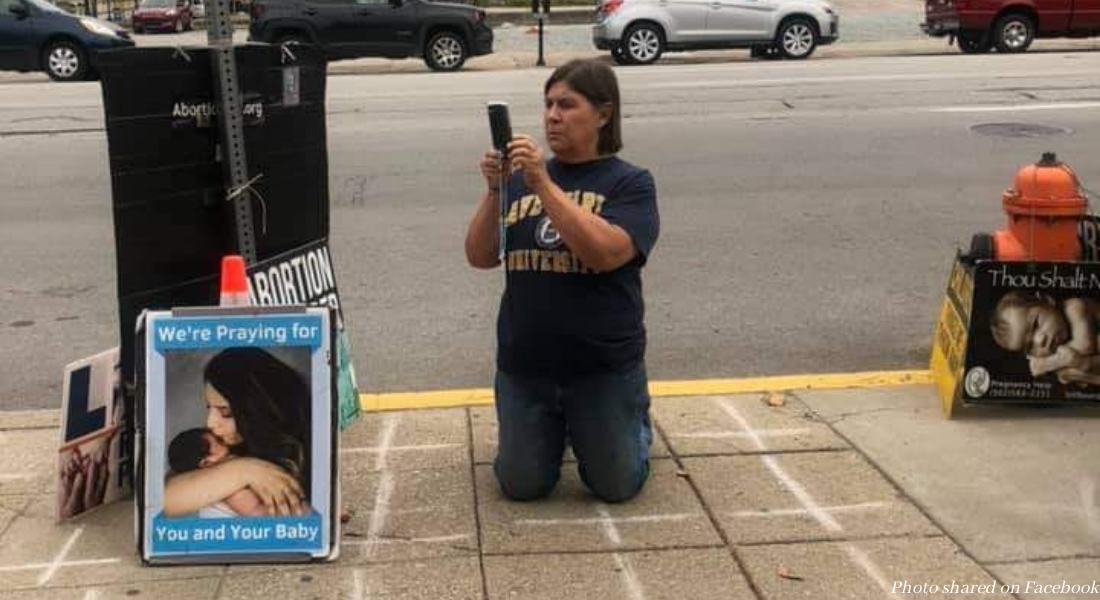 Painted lines have now been placed on the sidewalk outside a Louisville abortion facility, marking the 10-foot buffer zone approved by the city earlier this year. The buffer zone ordinance prohibits sidewalk counselors from stepping inside the clearly painted path.

Louisville Metro Public Works painted the lines to mark the 10-foot buffer zone outside EMW Women’s Surgical Center. Initially, there was some confusion surrounding the painted lines, and city workers accidentally placed the markings in the wrong place. They removed the lines with the intention of repainting them properly the following day, but when a pro-abortion city councilwoman saw that the paint had been stripped, she was quick to blame pro-lifers.

“Yup, this makes me angry. But we will repaint it, and we will keep repainting it as many times as we need to,” tweeted Louisville Councilwoman Cassie Chambers Armstrong. “People deserve to access healthcare safely and with dignity. A hateful person with a power washer won’t change that.”

It turns out, it wasn’t a “hateful person with a power washer” who removed the lines at all; it was public works employees who were fixing their own mistake. When Armstrong learned this, she blamed her reaction on the pro-life movement.

“Because nobody knew what had happened to the lines, a lot of people justifiably thought it had been vandalism and part because of the long history of vandalism at that location,” she told WLKY. “We know there have been people who have said I am not going to obey the safety zone law when it’s in place so I think the lack of communication created a space for emotions to rise, sort of people to have a lot of questions as to what was happening.”

The city ordinance was introduced in April and passed in May after Armstrong claimed that it was “unsafe” for women to walk along the sidewalk in front of sidewalk counselors. “It’s a very unsettling, very nerve-racking experience, and it makes you feel very unsafe,” she said of the three-minute walk from the parking garage to the abortion facility. Pro-life groups filed a lawsuit against the buffer zone ordinance, saying it violates their freedom of speech.

Armstrong speaks of vandalism and feeling unsafe, but she did not offer any evidence to back up that claim. In fact, in 2019, it was a pro-life counselor who was injured outside the facility, suffering a head wound and a broken femur after being assaulted by a woman exiting the building.