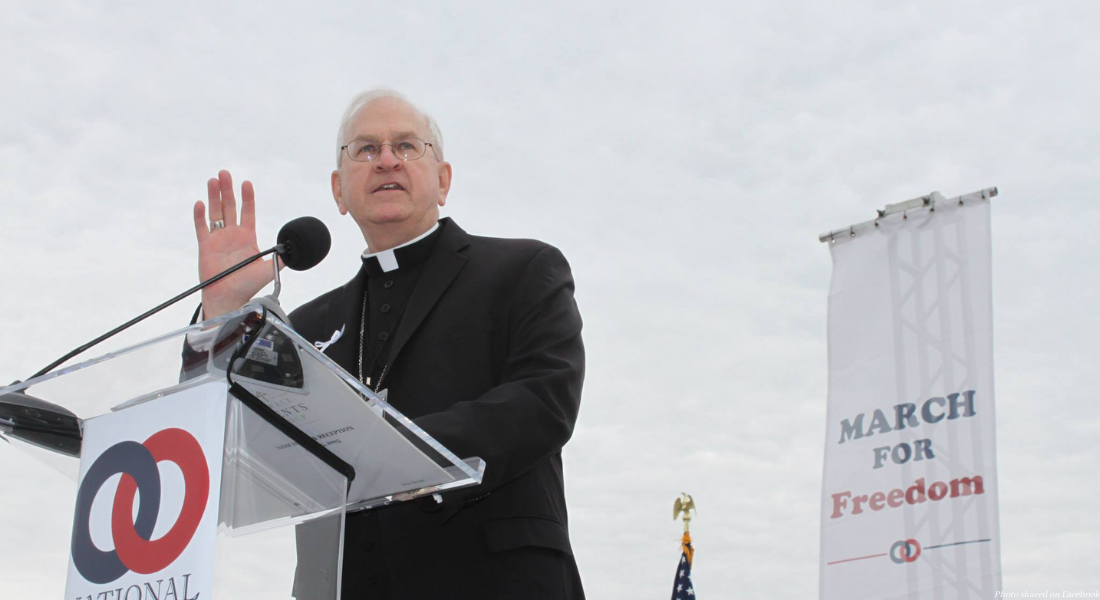 On November 8, 2022, Kentucky voters will have the opportunity to amend the state’s constitution to affirm that there is no constitutional “right” to abortion or abortion funding. Now, Catholic Archbishop Joseph E. Kurtz has added his name to the growing list of people advocating for voters to vote “Yes” on the constitutional amendment.

Kentucky’s proposed amendment is a simple one, adding the sentence, “To protect human life, nothing in this Constitution shall be construed to secure or protect a right to abortion or require the funding of abortion.”

In an op-ed recently published by the Courier-Journal, Archbishop Kurtz points out that the state has done much to promote the sanctity of life while supporting pregnant women and families.

Over the past several years, Kentucky’s legislature has passed a number of new laws to protect the unborn. We now have strong laws protecting unborn children after 20 weeks of pregnancy and requiring the opportunity for an ultrasound image to be viewed by a mother considering an abortion. Kentucky law also ensures women have the opportunity for a face-to-face discussion with a health care professional before making a final decision.

Other laws also have passed but faced legal challenges at the federal level, such as efforts to prevent abortions from being performed due to the sex, race or physical disability of the unborn child. Kentucky’s Catholic bishops, through the Catholic Conference of Kentucky, supported each of these efforts.

Indeed, over the past few years, Kentucky has done much to not only limit abortions, but also to help pregnant women and families, including passing the Kentucky Pregnant Women’s Act, which aims to end pregnancy discrimination, and the Safe Haven Baby Box law which offers new parents a safe and anonymous way to surrender their newborns — helping them choose life instead of abortion in the process.

Nevertheless, Kurtz points out that all of the state’s pro-life laws are in danger without a constitutional amendment affirming that there is no “right” to abortion. He points to Iowa and Kansas as two states where the courts “have ignored any historical understanding or the plain reading of the text to include a right to abortion or funding for abortions in those states’ constitutions that goes even further than the federal courts decreed in Roe v. Wade and subsequent cases.” The Archbishop goes on to warn, “As long as the text of Kentucky’s Constitution is ambiguous, there is no guarantee that Kentucky’s courts will not follow the same path as the courts in Iowa and Kansas.”

Archbishop Kurtz ends with a simple call to action for the people of Kentucky. “When we go to vote on Nov. 8, 2022, we will be asked if we are in favor of adding the above language to the Kentucky Constitution. I will be voting YES, and I ask you to join me in this worthy effort to protect vulnerable human life.”