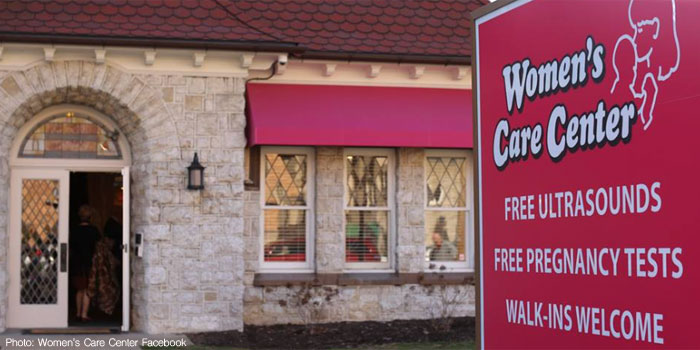 A pregnancy resource center was planning to open across the street from a proposed abortion facility, but South Bend Mayor Pete Buttigieg vetoed a rezoning bill that would allow it. The South Bend City Council had already approved the rezoning plan in a 5-4 vote. But as soon as plans for the pregnancy resource center materialized, the abortion lobby kicked into overdrive, collecting signatures and protesting its opening. Buttigieg overrode the decision of the city council and vetoed the bill regardless, and the pregnancy center will now not be allowed to open.

“In my view it is not the answer for the neighborhood,” Buttigieg said of his decision to veto. “I don’t think it would be responsible to situate two groups literally right next to each other in a neighborhood that have diametrically opposed views on the most divisive social issue of our time.” And while Buttigieg acknowledged the good work of pregnancy centers like the Women’s Care Center (the proposed center) do, he claimed that its opening would lead to violence, something that the Women’s Care Center denies. “Twenty-two times our centers have been located near abortion clinics to provide love and support and offer a choice for life,” Amy Manion, president of the Women’s Care Center, said in a statement. “There has never been an instance of violence.”

READ: Where can pregnant rape victims and prostitutes get help? Pregnancy centers

While Buttigieg claims that the Women’s Care Center is not the answer for the neighborhood, it’s yet to be seen if he believes that the proposed abortion facility — Whole Woman’s Health — is. Whole Woman’s Health is an abortion chain trying to spread across the country, but when it announced its plans to come to South Bend, residents banded together to prevent its opening. The Indiana Department of Health dealt a further blow against the abortion chain by denying its “license to operate an abortion clinic” in the state. The reason? The high number of health code violations Whole Woman’s Health has racked up across the country. Whole Woman’s Health has had abortion facilities shut down, has been fined and disciplined, and was found to have issues like “numerous rusty spots on the suction machine used on the patient for an abortion,” “failure to have licensed nursing staff,” expired medicines, and a refusal to keep life-saving equipment onsite.

Whole Woman’s Health is currently appealing the Indiana Department of Health’s decision, and if the abortion chain’s appeal is granted, it will speak volumes if Buttigieg allows the abortion facility to open, after claiming that a pregnancy care center that gives women options wouldn’t be good for the neighborhood.