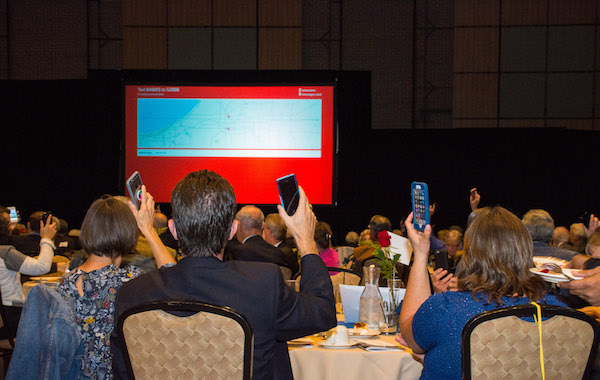 Whole Woman’s Health (WWH) is one of the busiest abortion chains in America right now, but as it tries to spread across the country, there’s a force it will have to reckon with: average citizens who know that pushing abortion on their communities is far from helpful. These citizens are banding together and forming pro-life groups that make a life-saving difference.

“When I went home that night, I found myself heartbroken as I rocked my newborn baby girl to sleep.”

Antonio Marchi is one of these citizens, and he hails from South Bend, Indiana, where WWH is trying to push its expansion northward. Not far from the Michigan border, South Bend is home to a modest population of nearly 102,000 residents. Antonio is the Program Director of St. Joseph County Right to Life, and the fight to push WWH’s tentacles out of his community is a personal one:

My newborn baby girl was just three weeks old when I received the news about a Whole Woman’s Health abortion facility attempting to push its way into our community this October. When I went home that night, I found myself heartbroken as I rocked her to sleep. How could anyone look at a little one like my daughter and say that her life is not worth living or that she is not deserving of the rights to life, liberty, and the pursuit of happiness?

Looking back on the pregnancy, I am infinitely grateful for the strength of my wife. No matter what situation a woman finds herself in, pregnancy is challenging in a way that I will never be able to understand — planned, crisis, or any situation in between. I saw this firsthand as I watched my wife endure round after round of morning sickness, physical exhaustion, incredible discomfort, labor pain…the list goes on.

Yes, it is undeniable that pregnancy begs remarkable strength of a woman. However, my wife showed me the capacity for incredible heights of life-giving love and beauty to come forth from this sacrifice.

I am motivated to fight most especially because I believe that abortion sells women and their unborn children short. It would say to my wife, “You are not strong enough,” and to my daughter, “You are not worth it.” This is simply not the case…not for my wife and daughter and not for any other woman or individual human being. 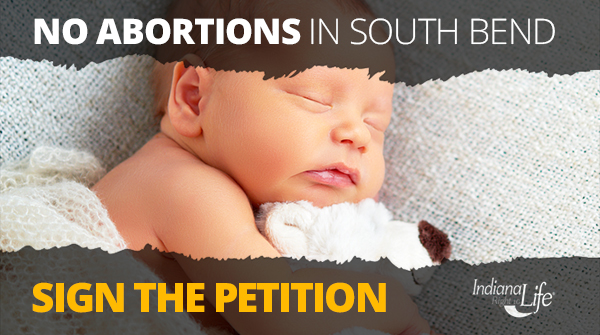 “Compassionate care” or a failure to care at all?

WWH Founder and CEO Amy Hagstrom Miller claims her chain provides “compassionate care,” but what the facts show is that her facilities commit constant health and safety violations, alongside the brutal violence of daily abortions. In the summer of 2016, Live Action News reported that out of “WWH’s five centers in the state, four of them racked up multiple violations” — including “infection control issues,” and “fail[ure] to provide safe and sanitary equipment in the patients’ procedure rooms.”

In an exclusive interview with Live Action News, Antonio details what WWH is trying to do to the community he and his wife are raising their family in:

The organization has expressly stated its goal to open facilities in states which it considers to be “hostile” to so-called reproductive rights, with the intent of challenging laws that are in place. It has a history of doing so in Texas, all the way up to the Supreme Court.

Antonio says that WWH’s license is still “under review by the Indiana State Department of Health.”

“Our community does not need abortion.”

Antonio explains why keeping WWH out of South Bend is a group effort. So far, pro-life groups and thousands of citizens have gotten involved, and the work is hardly over.

Simply put, we don’t want to see the lives of any more children cut short by abortion, and we want to protect women from a lifetime of suffering from abortion’s sting. The loss of every child and the harm done to every woman through abortion are tragedies. Our community does not need abortion. St. Joseph County has been free of an active abortion facility for almost two years since the closing of the South Bend Women’s Pavilion in 2015.

Just last year, we saw the rate of abortions by residents who traveled outside the county drop drastically from 312 to 161. This is a strong indication that the needs of women in our community are being met by the countless life-affirming resources and alternatives available to them, especially those offered by local pregnancy resource centers.

South Bend has everything a woman needs to handle the incredible challenges associated with a crisis pregnancy, without turning to abortion. Pregnancy resource centers provide free pregnancy tests, free ultrasounds, counseling, education, and help with immediate needs of all sorts during and after pregnancy. Local maternity homes provide food, shelter, and help to accomplish goals throughout pregnancy and after. Adoption agencies walk with the woman in crisis to consider life-affirming alternatives to abortion.

Antonio shares that the team pro-life groups and citizens in South Bend working to stop WWH “is made up of some of the most passionate individuals who lead the way in efforts to affirm and protect life not only in our state, but also across our nation. These individuals are working night and day to approach the challenges we are facing from all angles in order to fight for the best possible outcome for vulnerable women and children in our community.”

These citizens have also seen the danger WWH specifically poses to their community — particularly based on the abortion chain’s dangerous record in Texas. Antonio explained that the last abortionist to work in South Bend had his license suspended because of multiple health and safety violations. WWH offers more of the same:

Whole Woman’s Health presents a strong danger to the health and safety of women and their unborn children. Inspections have revealed that WWH facilities in Texas have been guilty of a slew of health and safety violations, many of which are the same or very similar to those incurred by Dr. Klopfer [the last South Bend abortionist]. Our community has shown that it does not want or need abortion here.

Whole Woman’s Health is a particularly dangerous abortion chain, as it has expressly stated its intent to move into states which it considers to be “hostile” to so-called reproductive rights, with an eye toward challenging the common-sense laws in place to protect the health and safety of women. It has already opened a facility in Virginia with this in mind.

The fact that Whole Woman’s Health intends to open in South Bend as a chemical abortion facility also presents a particular danger, as resulting complications will place a burden on our local hospitals. In U.S. clinical trials, according to FDA reports, 7.9% of women required surgical intervention to treat complications after taking Mifeprex. The WWH facility will not be licensed for surgical procedures, meaning that women will have to go to hospital emergency rooms to deal with these complications.

“With just a few clicks and about 30 seconds…”

As to the “how” of keeping WWH out of South Bend, Antonio and his fellow advocates — pro-life groups and everyday citizens — have plenty of innovative plans. He shares:

At St. Joseph County Right to Life’s Benefit Dinner in October, we were able to engage attendees using a mobile advocacy platform. With just a few clicks and about 30 seconds, those in attendance were able to send out a personalized message to individual state reps and senators, federal reps and senators, the entire South Bend City Council, and the entire St. Joseph County Council, letting them know that we do not want abortion in our community. The 800 individuals who attended the benefit dinner were able to see on the screens a pin drop in real-time for every person who was able to become a mobile advocate that night. About one month later, thousands of individuals have signed this petition and taken part in this e-mail drive to elected officials.

A billboard funded by pro-life groups and average citizens in South Bend, Indiana.

Editor’s Note: Antonio and his community of activists and pro-life groups found out that WWH planned to come to South Bend through a pro-active system pro-lifers have set up in Indiana: “St. Joseph County Right to Life sits on Indiana Right to Life’s Enforcement Regulatory and Oversight Committee with other county affiliates. As part of this committee’s work, regular records requests are made to the Indiana State Department of Health regarding new abortion facility and provider licenses in order to stay ahead of potential threats.”