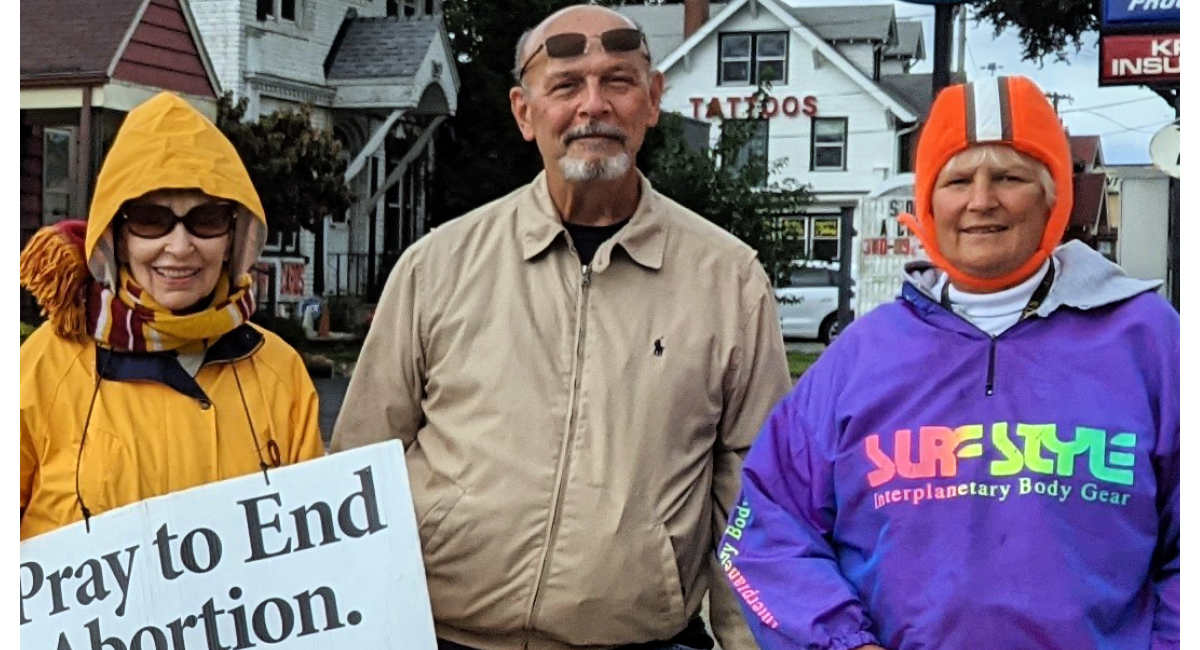 Peter Borg and his wife were barely out of high school, newly married with a toddler, and living with his wife’s parents when Peter learned his wife was pregnant. But instead of feeling jubilant, Peter was dismayed. He had just started attending the Cleveland Institute of Art and was focused on attaining an education so he could better support his young family.

Peter told Live Action News that his wife’s pregnancy “was a major inconvenience at the time. I thought another child would get in the way of my education. Aware that the Roe decision made abortion legal, I pressured [her] to get an abortion. At the time, I never considered abortion as ending an innocent life. I just thought that because it was legal, it was the best option for both of us.”

While Peter’s wife quietly obeyed her husband’s directive, Peter noticed she appeared troubled and hurt. The couple never discussed the abortion and didn’t tell friends or family members. However, Peter wasn’t concerned about the consequences of terminating the life of his child nor would he have known how his marriage would suffer as a result.

“[My wife] began displaying symptoms similar to someone who has been raped,” he said. “She went through bouts of depression, sorrow, discontent and started having extramarital affairs…. It was a terrible time marked by bitterness and unforgiveness.”

Consequently, within a year of the abortion, Peter had dropped out of school and spent his days numbing his pain with alcohol. Desperate for relief, he admitted himself into a detox and psych ward. While there, he read a book on Revelation by Pastor Tim LaHaye. God’s words of grace and mercy touched him profoundly, opening the door for a relationship with Jesus.

He said, “It was a turning point for me, and I started reading the Bible and praying daily. At first, I was alone in my faith but then started meeting other believers and praying with them. Being surrounded by believers helped to change my attitude toward abortion, albeit gradually.”

After submitting his life to Christ, Peter tried to forget the torment of the past years and mend his marriage with with his wife. For a time, they enjoyed a peaceful partnership — but as troubles at work escalated, he turned again to alcohol, and subsequently, cocaine.

“The bondage of my addictions was threatening my life and marriage,” he said. “I had turned away from God in favor of alcohol and drugs as a solution for easing the turmoil at work, but once again I cried out to God for help. Eventually, the desire for drugs went away. But my relationship with [my wife] was irretrievably damaged by then. Four years later, our marriage ended when [she] fell in love with someone else.”

It wasn’t until 2006 as he was fasting and praying for healing that God revealed to Peter how the difficulties he and his wife endured were related to the decision to abort their child.

He realized how he had been caught in a cycle of unforgiveness. He never really let go of his bitterness over his wife’s unfaithfulness. But he also knew he violated the bonds of trust when he coerced her to abort their child – especially when he sensed she never wanted to have the abortion.

He told Live Action News, “When you invite darkness into your life through abortion, chaos ensues. I regret deeply my lost fatherhood. Abortion affects both men and women in profound ways. It’s devastating for any parent to lose a child but when you have a hand in the terminating the life of your child, it inflicts a wound that’s everlasting.” Peter’s wife has since passed away. “I will always regret not taking the opportunity to ask for her forgiveness for the terrible choice I forced upon her,” he said.

But Peter learned that God never wastes pain. After seeing the movie, “Unplanned,” he was compelled to become involved in the 40 Days for Life movement. These days, he stands alongside his “brothers and sisters” in Christ on the frontlines at Planned Parenthood every chance he gets. For Peter, it’s a way to spread the message about the devastation inflicted by abortion.

He said, “I want others to know that regardless of what they’re being told, abortion is never the best or only option. For those who are post-abortive, I pray that God’s grace surrounds them and uses their experiences for good.”

Peter believes that although the Roe decision may be overturned by the Supreme Court, the abortion industry will continue to thrive unless change occurs at a more transformative level.

“We need to build a culture where abortion is unacceptable and that can only happen when hearts and minds are profoundly changed. When the lives of the preborn is valued and where killing innocent babies in the womb is no longer celebrated,” he told Live Action News. “There will always be an ongoing war against the preborn. But I believe God will win that war.”