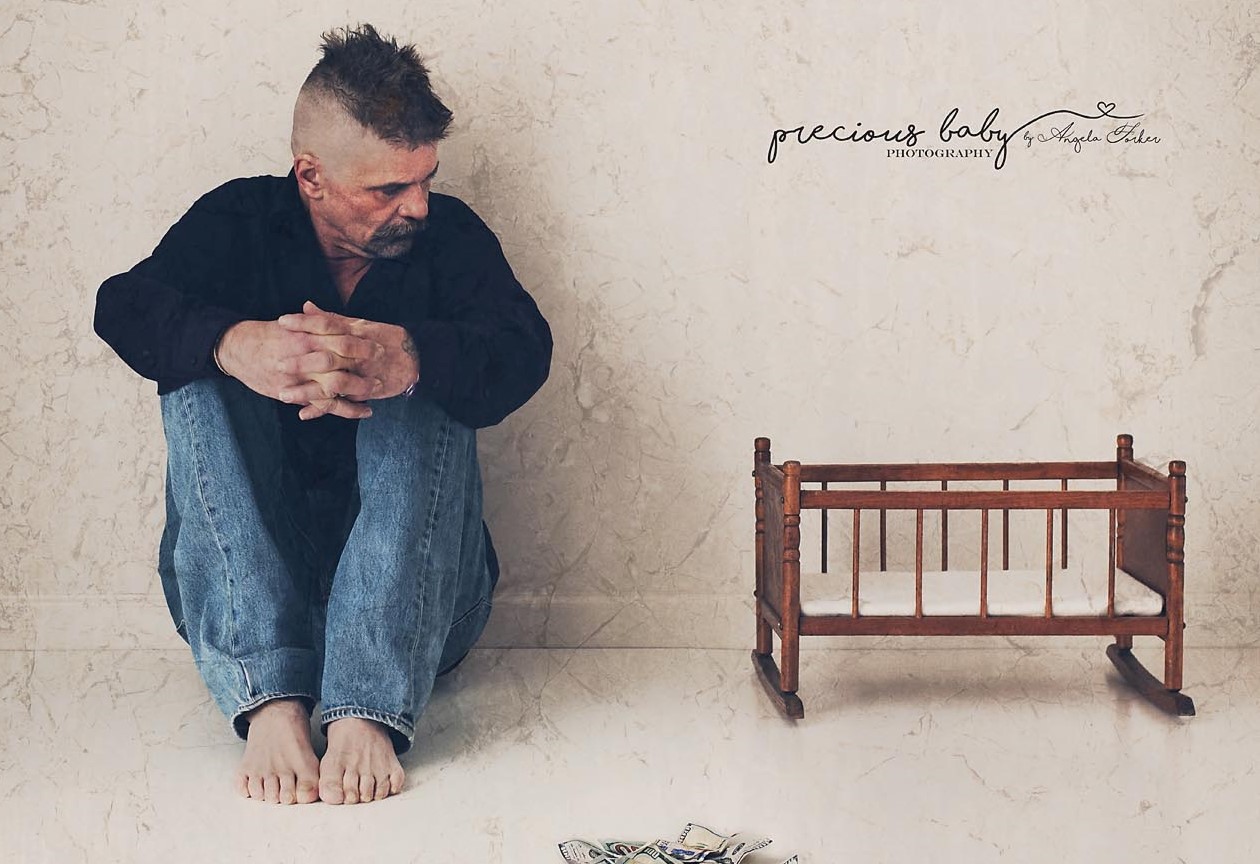 When it comes to abortion, society not only silences the voices of preborn children in abortion — it silences the voices of men. It was years ago when Rick paid for this then-girlfriend to have three abortions. She was the woman, after all, and therefore, societal rules dictated that it was her “choice.” But as the years crept by, and he and his girlfriend eventually welcomed a baby girl, the reality of what abortion is and what abortion does flooded Rick’s heart and mind. And he was devastated by what they had done.

In a photography session for Angela Forker’s After the Abortion Series, Rick revealed the pain he has silently suffered over the abortions. As he now faces terminal cancer, his story of “choice,” regret, and deep pain is more important to share than ever.

“I paid for 3 abortions that my girlfriend at the time wanted,” he told Forker. “It was not my choice. She said it was her choice, not mine. It did not hit me until years later when I realized what I just threw away. It was very painful, but when you are a man, you suffer in silence.” 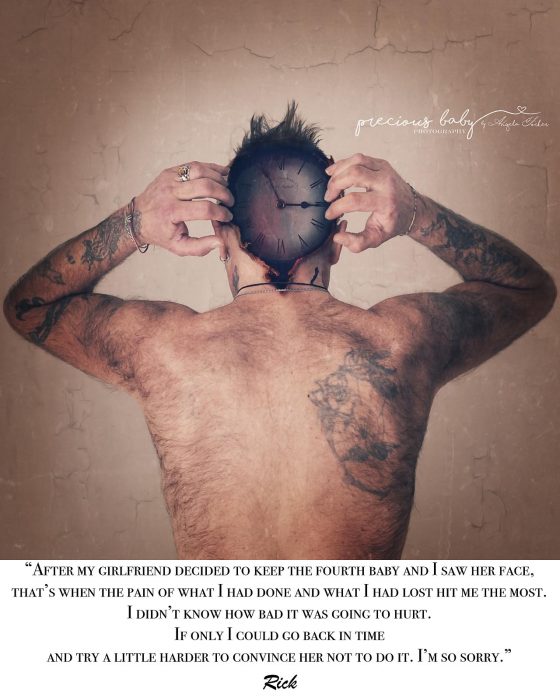 It was an encounter with God that finally allowed Rick to grieve the loss of his children. “One day,” he explained, “God enlightened me and forced me to realize that it’s a child, not a choice.”

Stories in the media centering around men and abortion tend to focus on how men may have forced abortion on someone or killed his baby’s mother for not having an abortion as he had ordered her to. Major media outlets don’t show the pain that many men feel after a woman chooses an abortion against his wishes. But the suffering that comes with lost fatherhood is real, as many have attested. For Rick, his sorrow and regret grew after his daughter’s birth.

“After my girlfriend decided to keep the fourth baby and I saw her face, that’s when the pain of what I had done and what I had lost hit me the most,” said Rick. “I didn’t know how bad it was going to hurt. If only I could go back in time and try a little harder to convince her not to do it. I’m so sorry.” 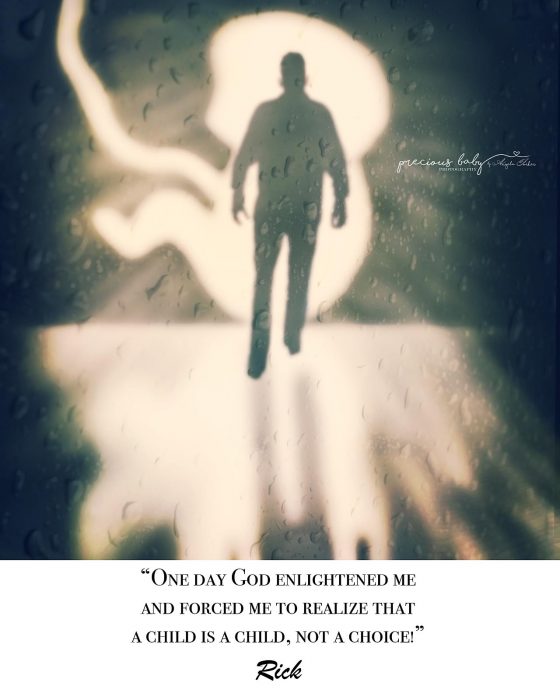 Like Rick, other men have begun to share their stories of abortion regret in order to help others stand up for life. For Tony, abortion “left deep scars” like “a shadow in the background” or “an extra weight pulling you down.” Paul, who felt abortion was the only choice for him and his casual girlfriend, said he now feels “guilty about what happened” and any pain he may have caused her since he knew she wanted children.

There is healing and forgiveness for men suffering the effects of abortion, just as there is for women. Healing can often be helped by the sharing of stories, as Rick has shared his. Peace will come and hearts will mend when the truth is not only realized but exposed – helping other men to stand up for the lives of their children.