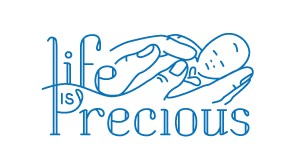 Josiah Jost is quite a successful graphic designer by the world’s standards – at 25 years old, the up-and-coming artist has retained clients from more than 40 different countries, won multiple awards, been published in a myriad of design books, and collaborated with and worked for gurus such as The History Channel, United States Army Reserve and Tyroo.  An impressive resume made all the more remarkable by the fact that he is completely self-taught and runs his own company.  His clients and contacts come solely from his reputation and quality of artistry – his work truly “speaks for itself”.  And now, it speaks for the unborn too. 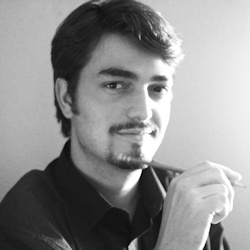 An outspoken and unapologetic Christian, Jost makes the preeminence of Christ clear even on his business webpage, stating “One of the most important things in my life though is my relationship with Jesus Christ. Apart from Him I am nothing”.  It is that relationship which forms the basis for his equally passionate pro-life position:  “I’m “pro-life” for the same reason I’m “pro-don’t stab-a-little-girl-to-death-on-the-street”. Abortion is murder. And murder is wrong because the God, the author of life, creation, and morality, says so. Plain and simple.”

This past February, however, Jost says God began moving his heart to go beyond having a conviction about the sanctity of life, to actually doing something to defend it.  In February, he visited with some fellow Christians in Texas, who began sharing about the sidewalk counseling ministry they were involved in, and hearing firsthand how these fellow believers were investing their time and gifts to defend life opened Jost’s eyes to a new realization.  While he felt a strong need to defend the unborn, “I wasn’t actually using my gifts or time to make a difference.”  A problem plaguing the majority of pro-life supporters.

So now, the award-winning, highly-successful design artist is launching his own new ministry – a collection of original, top-quality pro-life graphics that Jost is providing absolutely free, to be used to defend the unborn.  The ministry’s website, defendsouls.com, displays the first four of Jost’s designs – stunning graphics that poignantly speak to the beauty of life, and the importance of defending it.  Each graphic is accompanied by a short, original work of poetry by Jost’s mother which further brings out the message of the design, and can be used freely as well.

The artwork package for each design can be downloaded off the website, no strings attached, and used without reservation in any way that defends or supports life.  Crisis Pregnancy centers, for example, can use the graphics on literature, or to print t-shirts, mugs, and other paraphernalia to sell as a fundraiser for the clinic.  Families fundraising for adoption can use the designs to help raise the ransom price needed to rescue children.  Churches and other ministries can download the work and use it on posters, bulletins, literature and clothing.  For perhaps the first time, high-quality, graphic artistry is available to use to support, save, or defend life, in any way that isn’t causing personal profit.  Pro-life supporters are encouraged to let their local CPC’s, pro-life ministries, churches and adoption agencies know of Jost’s work, and the resources now available.  And what would Jost like to see happen?  An end to abortion in this generation, and an outcry against the slaughter that is so great that the world could not help but see that pro-life advocates not only “care” about life, but are willing to “put as much effort into this battle as they put into receiving their paychecks”.

Statistically, many people can, and do, “feel” pro-life.  But not nearly so many are asking what the can do to defend it – what time, talents, and gifts should be used to stand for the defenseless.  Thanks to Jost, the pro-life cause now has poignant and profound resources to spread the truth, and hopefully, new inspiration for other pro-life advocates, in every sphere of life, to start asking the same question ; “what should I be doing to be a voice for the voiceless?”

The helpless live in silence, relying on your choice
So stand with them in courage, and bravely be their voice.