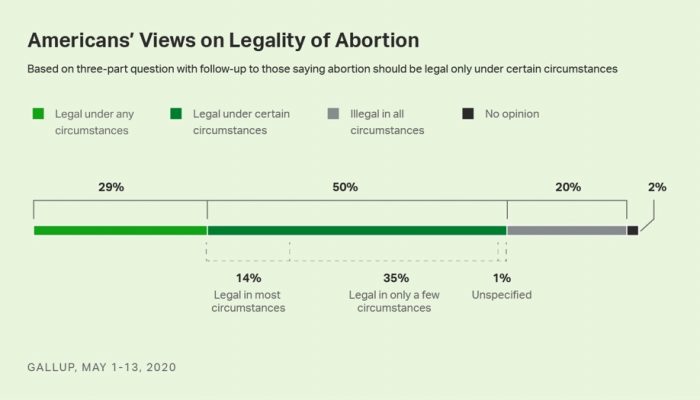 Previously released responses from the same poll, conducted in May 2020, indicate that pro-life views have remained steady from year to year. As Live Action News previously reported, “The same poll found that 70 percent of Americans favor some restrictions on abortion, another slight decline from last year’s Gallup poll.”

New continues, “At that time [1970s and 1980s], many young adults were far less likely to oppose abortion than were senior citizens. The fact that the current generation of young adults is more likely to identify as pro-life than previous generations were is a reason for pro-lifers to remain hopeful.” In fact, previous Gallup polls showed pro-life views increasing.