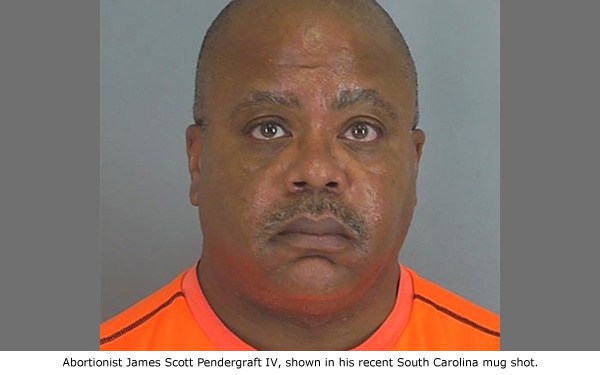 Earlier this week, Indiana’s Attorney General Curtis Hill and notorious Florida late-term abortionist James Pendergraft reached a $9,000 settlement after Pendergraft ran ads advertising his abortion services in Muncie, Indiana. The problem? Pendergraft does not offer abortions in Indiana. The financial settlement for violating Indiana’s Deceptive Consumer Sales Act as well as Pendergraft’s formal agreement to abide by an Assurance of Voluntary Compliance were finalized on December 15th, concluding an investigation by the AG’s office into a complaint brought forward by the Indiana-based pro-life organization Reprotection.

Reprotection CEO Cathie Humbarger told Live Action News that the information about Pendergraft’s false advertising came to them through an encounter with a Facebook friend “who routinely prays for the abortionists in Indiana.” Humbarger stated, “He said he didn’t know there was an abortion facility in Muncie, and [when searching online]… Pendergraft showed up.” Humbarger knew there was no facility in Muncie, so she began looking into the matter and Reprotection filed a complaint.

However, AG Hill couldn’t act on the complaint because Pendergraft wasn’t licensed in the state of Indiana. His office was instead able to “file a lawsuit against [Pendergraft] for false advertising.”

In the original complaint, Reprotection “did point out that there was false advertising about the abortion pill and how it was supposed to be used,” as well, according to Humbarger. Pendergraft’s site states that the pill can be “a safe and effective way to end pregnancies from 3 to 21 weeks and even further.” (See below.) 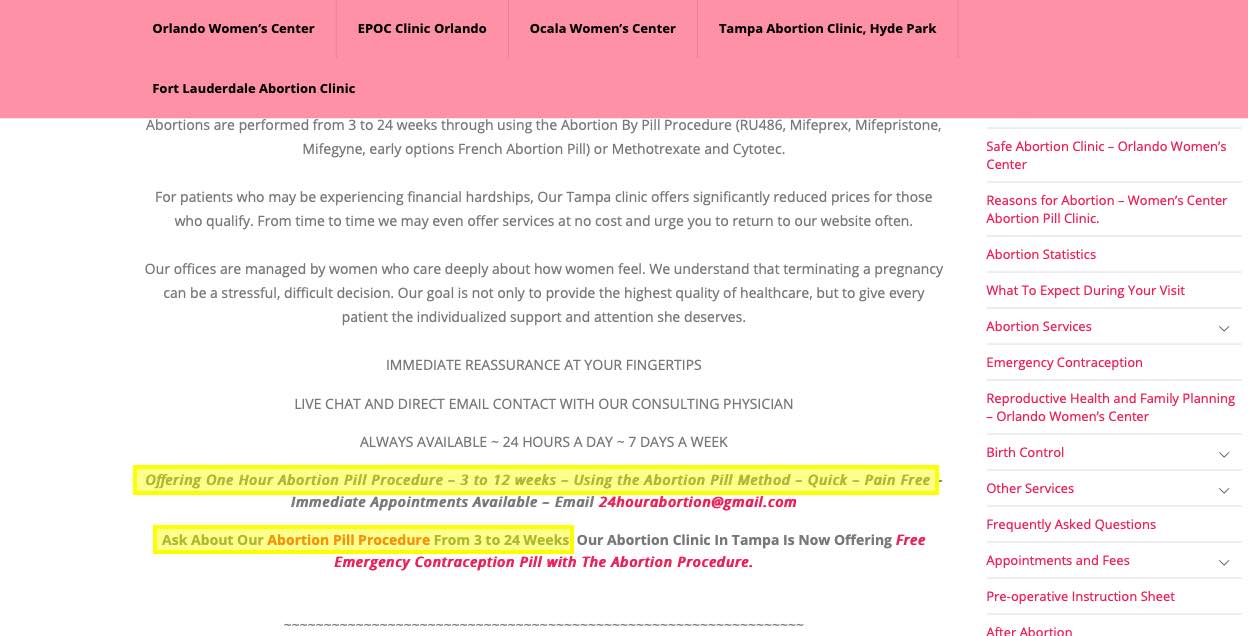 Humbarger said the settlement paid by Pendergraft was “an admission of guilt.” She suspects Pendergraft may have been attempting to deceive women in other states into calling about abortions, then potentially convincing them to fly to Florida for the procedures.

Significantly, the AG’s investigation found that “Orlando Women’s Center was not licensed to do abortions in Indiana, did not do abortions within the state, or partner with any Indiana abortion facilities. In addition to the fine, the offenders must cease all advertising claims that they operate in Indiana,” according to the Reprotection press release.

The goal of Reprotection is “to shut down dangerous abortion providers by holding them accountable to the law, making our nation abortion-free one community at a time.” Humbarger was successful with this strategy in Indiana where now-deceased abortionist Ulrich Klopfer had three facilities (see more about this in the documentary, “Inwood Drive”). After Klopfer’s death, his family and investigators found he had stored aborted children’s remains in his garage and car.

“Many people don’t know what to do with the information they get” about what’s going on in their community abortion facilities, Humbarger told Live Action News. “The more people hear about what we’re doing, the more we hear… from sidewalk advocates” who call Reprotection with information. Since incorporating in January 2020, Reprotection has received pro bono assistance from the Thomas More Society, a pro-life law firm. TMS President and Chief Counsel Tom Brejcha said in a press release, “It is essential that those who value life serve as watchdogs for women and children who may be vulnerable to the deceits regularly perpetrated by the abortion industry. Sadly, those who seek to take the lives of preborn babies for profit also have demonstrated a consistent disregard for the health and safety of the women they claim to serve. Reprotection, Inc. should be commended for helping to hold this abortion vendor accountable for lying to the public.”

Live Action News has previously reported on multiple examples of Pendergraft’s malfeasance, including a 2015 arrest on drug charges for illegal possession of narcotics. He was suspected of committing abortions out of his vehicle after bloody surgical instruments were found inside, and his medical license was later revoked due to severely injuring a woman during a late-term dilation and evacuation (D&E) abortion. Pendergraft’s ongoing troubles are not new; he was first sued in 2001 by a woman whose daughter was born alive after a failed abortion at the abortion facility he owned. Pendergraft himself did not commit the abortion as he was in jail at the time for extortion.

This past spring, Live Action News reported that Pendergraft appeared to be liquidating most of his abortion businesses, as four of his five facilities were put up for sale.