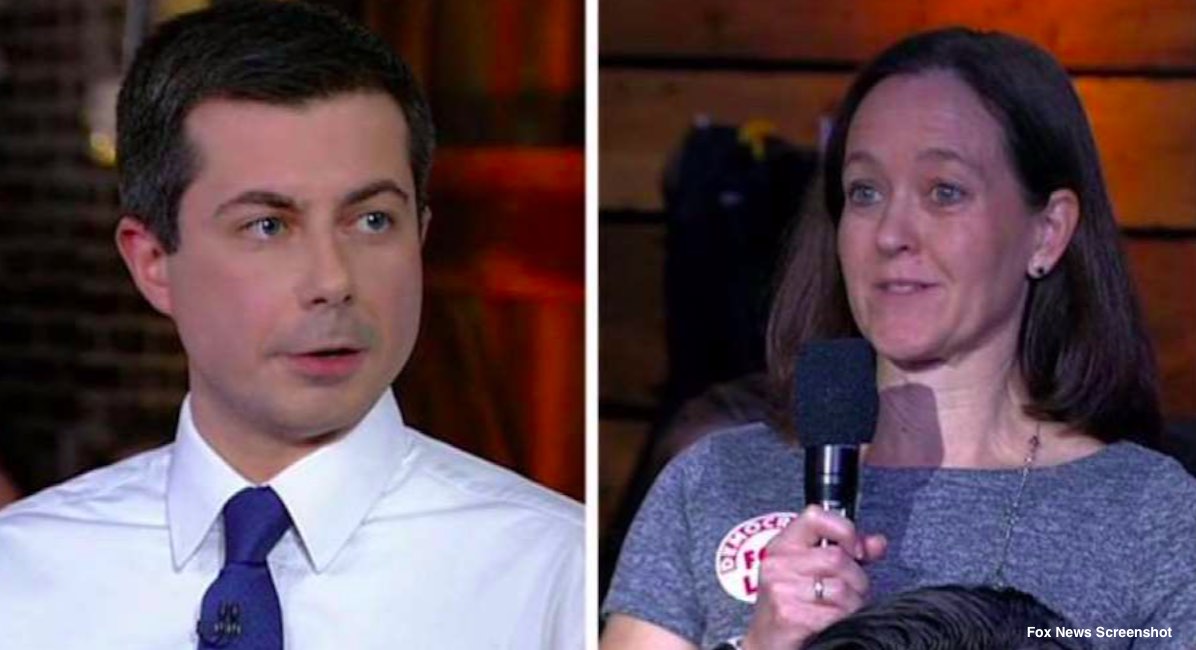 Democratic presidential candidate Pete Buttigieg held a Fox News town hall on Sunday, and one exchange in particular has set social media on fire. Kristen Day, executive director of Democrats for Life of America, asked Buttigieg if he wanted the support of pro-life Democrats, and also if he would be willing to include more moderate language in his platform in an effort to be inclusive of pro-life Democrats.

“I’m a proud pro-life Democrat. So, do you want the support of pro-life Democrats?” Day asked Buttigieg. “And if so, would you support more moderate platform language in the Democratic Party to ensure the party of diversity and inclusion really does include everybody?” Buttigieg responded:

I’m not going to try to earn your vote by tricking you. I am pro-choice, and I believe that a woman ought to be able to make that decision. But I know that the difference of opinion that you and I have is one that we have come by honestly. And the best that I can offer — and it may win your vote, and if not, I understand.

The best that I can offer is that, if we can’t agree on where to draw the line, the next best thing we can do is agree on who should draw the line. And in my view, it’s the woman who is faced with that decision in her own life.

Day spoke to Live Action News about her exchange with Buttigieg:

I was really disappointed to see, instead of answering the question, he was just doubling down on his abortion position. I didn’t ask him where he stood on abortion. That wasn’t my question. I think he just heard ‘abortion,’ and he just had to say he’s pro-choice, and double down on, ‘I’m not going to change, so deal with it.’ And the question I asked him was, do you want the support of pro-life Democrats? And I guess the answer is no, because he didn’t say yes.

The second question was, we had reasonable language in the party platform for years; would you consider putting that back in to make space for pro-life Democrats? And he didn’t answer that either, even though I asked him twice.

Day added, “I think he’s afraid of the abortion lobby, and people hitting back.”

Unsurprisingly, Day has been taking some heat on Twitter, with abortion supporters agreeing that there is no place for pro-lifers in the Democratic party, or making accusations against her. But she says what many people didn’t see was the reaction from even pro-choice town hall attendees to her interaction with Buttigieg.

READ: Democrats for Life hosts first annual conference… in the face of opposition

Day told Live Action News, “When we went to commercial break after my question, the man in front of me turned around and said, ‘Did you ask that question?’ and I said, ‘Oh yeah, that was me.’ And he said, ‘That was a really good question,’ and everyone in his row turned around and agreed, and said they were disappointed by Mayor Pete’s answer,” she recalled. “The party should be inclusive. Other people came up and said they were pro-choice, and didn’t like Mayor Pete’s answer, either.”

Day is right that the Democratic Party used to be more inclusive — for example, the 2018 Missouri Democratic Party platform was originally drafted to allow for differing views on abortion, with the intent of being welcoming to pro-lifers; however, that was changed, effectively requiring members to support abortion after NARAL and Planned Parenthood complained. Nationwide, the Democratic National Party chairman, Tom Perez, stated in 2017 that every Democrat must support abortion. Notable Democrats have warned against the party becoming too extreme on abortion. It wasn’t always this way.

There are significant numbers of pro-life Democrats, and yet, like Day, they have felt increasingly ostracized by their own party. “Some people are calling it an ambush,” Day acknowledged of the town hall. “But we have been trying to reach out to [Buttigieg’s] campaign since early December, because his campaign director worked for Joe Donnelly [a pro-life Democrat]. We thought he might be the one who would understand the importance of the pro-life vote, and inclusion of pro-life Democrats. We were hopeful that he would be the one that would say pro-life Democrats are welcome.”