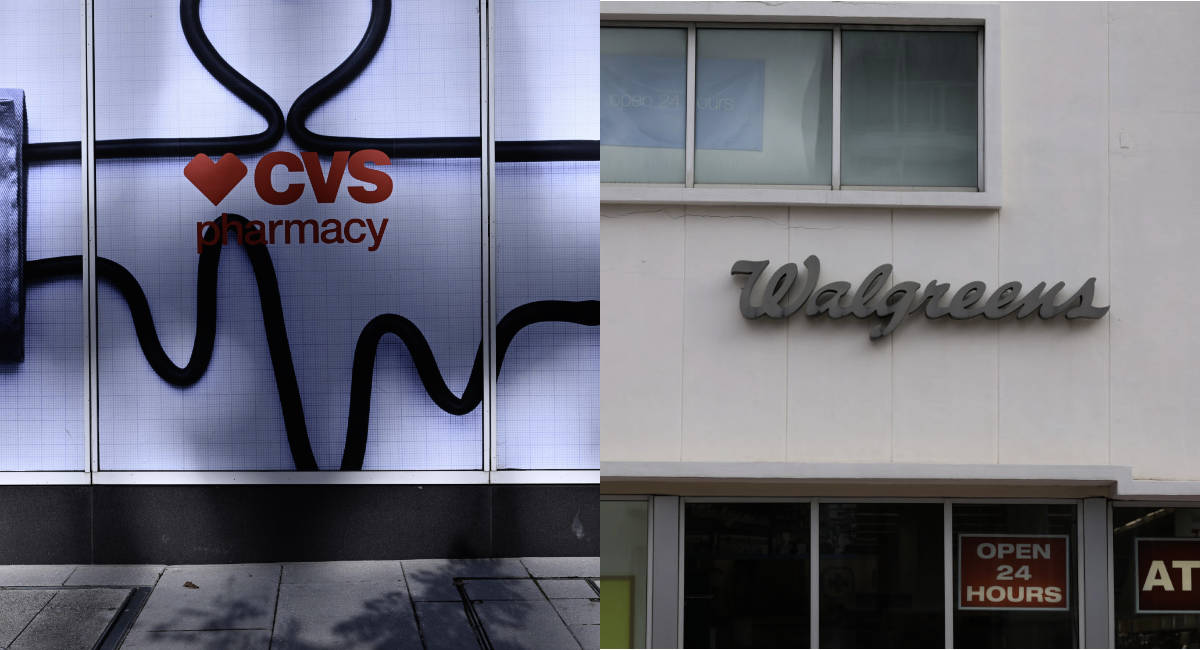 This week, Danco Laboratories, the manufacturer of the abortion pill, announced that the FDA has given approval for retail pharmacies to sell the lethal pills with a prescription, before the FDA’s own announcement was posted to its website. Media outlets quickly pointed out that this means chains like CVS and Walgreens can dispense the drugs — though at first, neither chain had announces its decision. Now, however, both have announced they do intend to seek certification so they can sell abortion pills.

Reuters reports that both Walgreens Boot Alliance Inc and CVS Health Corp announced their plans on Wednesday to participate in chemical abortions.

“We are working through the registration, necessary training of our pharmacists, as well as evaluating our pharmacy network in terms of where we normally dispense products that have extra FDA requirements and will dispense these consistent with federal and state laws,” Walgreens told Reuters in a statement.

CVS responded in a statement to Axios, saying they plan “to seek certification to dispense mifepristone where legally permissible.”

During the beginning of the Covid-19 pandemic in 2020, the abortion industry instituted a “no-test” abortion pill protocol that it had sought for years to implement. The protocol requires no testing of any kind and no ultrasounds — and therefore no accurate gestational dating (simply relying upon the woman’s “best guess” as to the age of her child) — before receiving the abortion pill. This puts women at risk of undiagnosed ectopic pregnancy (which can be lethal), and also may put future pregnancies at risk due to potentially unknown Rh factor.

The pro-life movement has strongly condemned the decision, which will not only allow these pharmacy chains to deal in death, but also put vulnerable women at greater risk. Lila Rose, founder and president of Live Action, tweeted that it is “[d]isgusting that pharmacists will now be dispensing lethal poison alongside antibiotics and allergy medication.” She later added in a press release, “This news is tragic not only for the innocent victims of abortion, but also for their mothers. The highest priority for the new pro-life majority in the U.S. House of Representatives must be to stop the deadly abortion pill and rein in the reckless Biden Administration and their lackeys in the FDA.”

Mary Szoch, director of the Center for Human Dignity at the Family Research Council, told the Washington Stand that this move puts CVS and Walgreens on par with the abortion industry. “Rather than providing medication that allows human beings to flourish, some pharmacies will now choose to sell drugs manufactured for the purpose of killing an innocent unborn child,” she said. “The local pharmacy will become akin to Planned Parenthood, forcing customers and employees to decide if they will continue to support a company that has become an abortion business.”

Susan B. Anthony Pro-Life America pointed out in a press release that the abortion pill regimen is not as harmless as the abortion industry often claims it to be:

The abortion pill is, according to the FDA, also known to have been associated with 28 reported deaths.*

Since the abortion pill was approved in 2000, it has caused the deaths of nearly 6 million preborn children. Chemical abortions now make up over half of all abortions committed in the United States.

Editor’s note: this article has been updated since original publication.