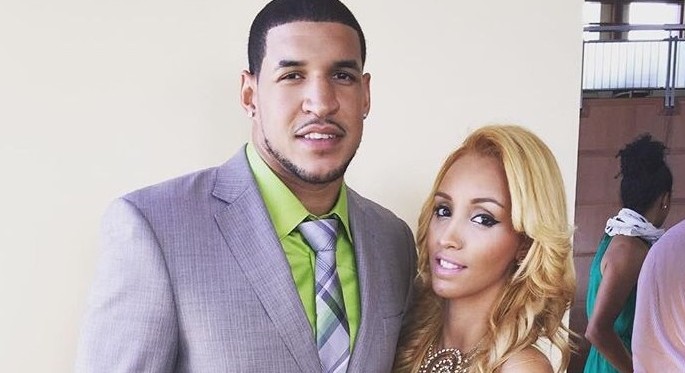 Evan and Olivia Rodriguez were excited to learn they were having a baby girl, whom they named Layla Sky. However, it was during that same ultrasound that they were devastated to hear something wasn’t developing correctly with their daughter.

“[The technician] was like, ‘I see something I don’t like. Her head is not completely round’, explains Mrs. Rodriguez. “They spent about an hour and half trying to figure out what was the problem.”

The couple learned that their precious baby girl has anencephaly, a condition in which the skull and brain don’t completely form. Baby Layla was otherwise healthy and active, so the couple went to another doctor for a second opinion. That doctor confirmed the diagnosis, and the first thing they were advised to do was go to the emergency room for an abortion.

“Emotionally we were just taken aback and in shock,” said Mrs. Rodriguez. “We weren’t expecting this whatsoever. It took us a good week to process.”

The couple, who prays together daily, told ABC News that their prayers took new shape as they asked God to show them what good He is planning to do through this heartbreaking situation.

Mrs. Rodriguez recalled the doctor who had saved her other daughter Jennifer’s life more than seven years ago. While just over three months pregnant with Jennifer, Mrs. Rodriguez began hemorrhaging. A doctor told her that she was losing the baby and recommended she have a D & C abortion, a procedure in which the preborn child is dismembered in order to be removed from the uterus. Rodriguez refused. That’s when she met Dr. J.M. Arrunategui, MD, a pro-life, Christian OB/GYN.

Dr. Arrunategui put Mrs. Rodriguez on a plan to save baby Jennifer. She received progesterone injections, was put on different vitamins, and was constantly monitored. This all helped her uterus to grow strong enough to carry her daughter to term.

Now faced with the same advice to abort her second daughter, Mrs. Rodriguez reached out to Dr. Arrunategui.

“Something in my spirit and heart just told me we couldn’t [abort],” said Mrs. Rodriguez. “So I went to [Dr. Arrunategui]. He confirmed [the diagnosis], but he said he was willing to fight with us to the end and be supportive. He said it’s a difficult process and he was okay with it. And then we prayed in his office and he said, ‘I’m here for you guys, whatever you guys need.’”

The couple was left with a sense of peace and they knew that choosing life was the right choice. They immediately began researching anencephaly and continued with their prayers. Mrs. Rodriguez said that she and her husband have made their share of mistakes in the past but that they have made a life change as Christians.

“Our faith was a big part of the decision [to continue the pregnancy],” said Mrs. Rodriguez. “We just wanted to make the right decision and we wanted to do what was right before God. Our hearts and spirits didn’t let us take that step to take our child’s life. It shouldn’t even be a choice. It’s a choice that should be left to God. […] Miracles happen all the time. But also, we’re at peace if that’s not the will of God.”

As they await the birth of Layla in December, the couple has hope. They are praying and fighting, they say, for the right people with the right knowledge to come into their lives, who can offer the best support to keep Layla alive for as long as possible.

“I feel like she’s gonna be, like, the miracle baby,” Mr. Rodriguez, a football player with the NFL, said in an interview with ABC. “We decided to continue with the process because we felt like, who are we to determine a baby’s life? So, we are going to leave it in God’s hands.” Together, the couple is raising awareness for anencephaly, and educating women on the steps they can take to prevent the condition from happening to their children. Rodriguez, along with family and friends, even just dyed their hair green for anencephaly awareness, and have gained thousands of supporters on their Facebook page The Fight for Layla Sky.

“To me, it’s one of the outlets for me to not be home engulfed in my own pain,” said Mrs. Rodriguez. “I’m taking action trying to help avoid this for others. 50-70% of women who take folic acid prior to conception can prevent anencephaly. The reason why there’s not a cure is because 98% abort these babies either by choice and lack of information or because they didn’t even get a choice. A lot of them are not exposed to certain research or information. They thought they had no choice but to abort their babies.”

Rodriquez and her husband are working with Duke University to help find treatments and a cure for anencephaly. They are also putting together a birth plan which includes comfort care specialists, hospice care, and a photographer. They even received the gift of a wedding dress from a woman who lost her husband and was struggling with grief. The wedding dress will be turned into a gown for Layla.

“There’s a lot of beauty and love going on throughout this whole process,” said Mrs. Rodriquez. “We’re just enjoying every moment of it.”

Layla’s parents won’t have any regrets, no matter how long they have with their daughter, but if they had chosen to abort, they know they would have had a life of regret.

“Life is compatible with us,” said Mrs. Rodriguez. “Whether you get 10 minutes with your child, months, or hours, you don’t have that regret of ‘what if’.”