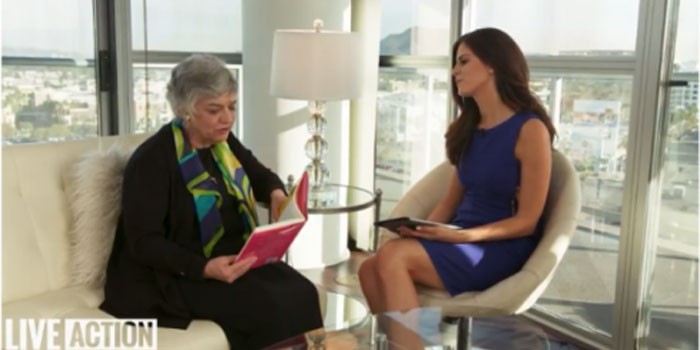 Author Sue Ellen Browder once aligned with 1960’s pro-abortion feminism. As a former writer for Cosmopolitan Magazine, she was also complicit in promoting the sexual revolution, which she now believes reduced women to ambitious sex objects. After years of research, Browder concluded that her thinking was being manipulated by a propaganda machine which would unite two movements — the feminist movement and the sexual revolution — to push abortion. She compiled her findings in the captivating book, “Subverted: How I Helped the Sexual Revolution Hijack the Women’s Movement.”

Browder, who was trained as an investigative journalist at the University of Missouri School of Journalism, spoke in an interview with Live Action founder Lila Rose:

“People don’t remember how bad it was for women”

“In 1963, that was the relaunch of the women’s movement in the 20th Century,” Browder told Rose. “People don’t remember how bad it was for women.”

Women entering the workforce were not treated equally, Browder said. “Women were fired for being pregnant…. Women in some states could not serve on a jury. A married woman could not get credit in her own name…. Women couldn’t go to college in some places…. Very few women were doctors or lawyers. Women were shut out of the professions. So, this was a time when women were very concerned about a lot of injustices and they were all pulling together to try to correct those.” 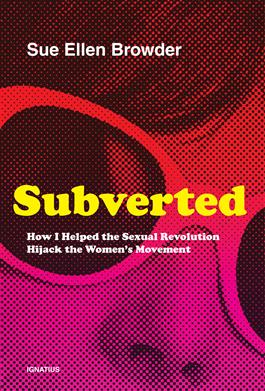 Arriving on the scene at that time were two women: Helen Gurley Brown — who took over Cosmopolitan Magazine hoping to morph it into a “Playboy” for women — and feminist Betty Freidan, who wrote “The Feminine Mystique,” a book which transformed the way women were viewed. “… [E]verybody went crazy and said, ‘yes, we agree with this [book],’” Browder said.

“By the time I got out of college it was 1968. I thought I could set the world on fire,” she told Rose. But Browder herself was fired after she became pregnant. “I was like, ‘What? What?’ Well, this women’s movement was obviously for me.”

“So, we… had the baby… and then moved back into New York City. And one of the first jobs I got… was at Cosmopolitan Magazine…. I was glamour struck.”

“The whole sexual revolution was made up of lies”

Browder told Rose that she later attended a conference where former NARAL founder Bernard Nathanson, who had since become pro-life, was speaking. “And he told us about all the lies that they had told to sell abortion to the American people. And then… I realized that if [Alfred] Kinsey had lied, and if the abortionists had lied, and if we at Cosmo were lying, then the whole sexual revolution was made up of… all lies. Then, we sold it to the American people through more and more lies – and through the women’s movement… the sexual revolution was sold to the world.”

Browder notes that, because women had been subjected to injustices, they became prime targets for one particular master propagandist skilled in the manipulation of public opinion. His name was Larry Lader, a journalist by trade who became an ardent voice in the fight to legalize abortion. He had been Planned Parenthood founder Margaret Sanger’s biographer and had known Betty Friedan for many years.

“Larry Lader co-founded NARAL with Bernard Nathanson,” Browder said. “Lader… graduated from Harvard University and was fairly independently wealthy. [H]e worked on Betty Friedan for years to try to convince her to insert abortion into her list of demands….”

Browder said that Lader “began to convince [Friedan] that [abortion] was something that women needed to be free.” Browder added that Friedan “was having problems on two fronts. She was losing control of the National Organization for Women and she was also trying to get her Bill of Rights passed through to Congress. She was creating a political Bill of Rights that would guide Congress for women….”

At a time when women were being fired for pregnancy, Lader convinced Friedan to add abortion to her feminist Bill of Rights “… so they can say to the businessmen, ‘don’t worry about it guys, she’s on the pill and if the pill fails she have an abortion. So, you’re fine – you can pass all these other rights….’”

The call to legalize abortion was not coming solely from women but from white, well-to-do, pro-abortion men who had embraced the Hugh Hefner-style sexual revolution. Cosmopolitan editor Helen Gurley Brown enabled this by painting a deceptive image of a “Cosmo Girl” who had free sex, no kids, and earned plenty of money — an image NOW’s founder, Betty Friedan, originally denounced. “[Friedan] was fighting for equal respect and dignity and education in the workforce,” noted Browder.

“Helen Gurley Brown would have loved to have been part of the women’s movement, but feminist Betty Friedan called Cosmo quite obscene and quite horrible and even at one point called for a boycott of the magazine. [Friedan] never mentioned abortion or contraception in her ‘Feminine Mystique’…. In fact, Friedan had been fired herself for being pregnant…. She did not believe that abortion was a woman’s ‘right’….”

But, as Browder details in “Subverted,” and as Live Action News will detail further, Friedan, under the influence of Lader, eventually bought into abortion. And, while pro-abortion feminists obsessed over abortion, pro-life feminists left NOW to concentrate on real injustices affecting women, splitting NOW’s membership.