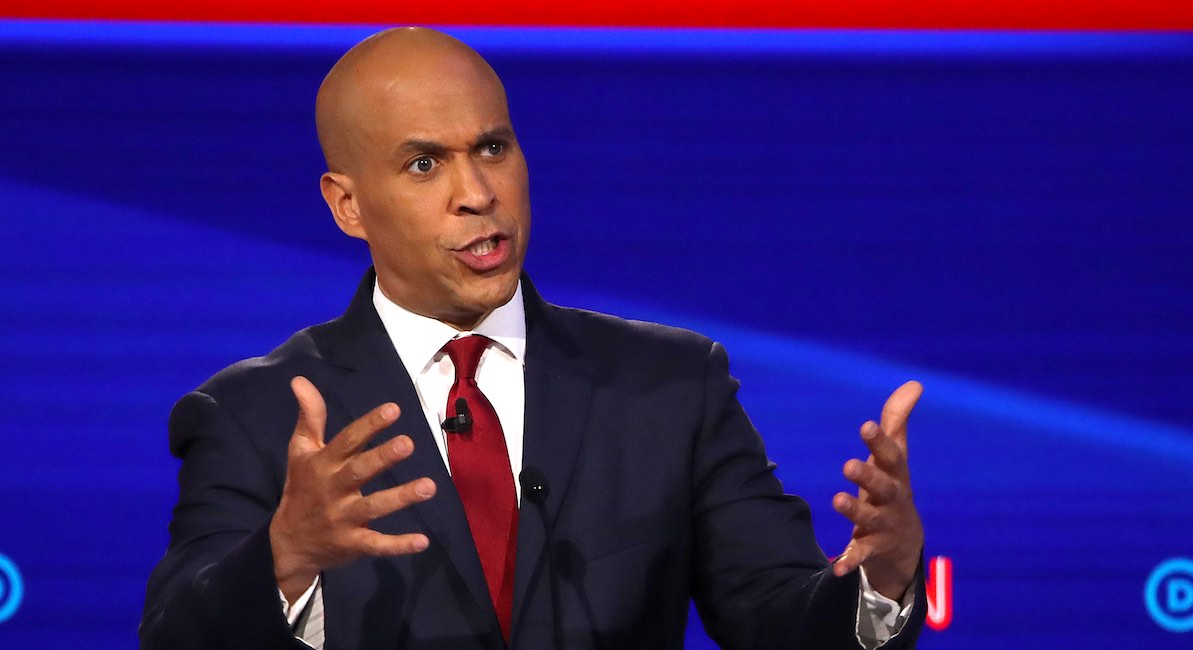 On Monday, the Senate held its first day of confirmation hearings for Supreme Court nominee Amy Coney Barrett. While recent polling has found that nearly half of Americans support Barrett’s confirmation to the Supreme Court, several senators present at the hearings expressed concern about the possibility that the Court could overturn Roe v. Wade, which legalized abortion nationwide in 1973. Should this occur, abortion would not immediately become illegal. Instead, each U.S. state would pass its own abortion legislation.

In his opening statement, Senator Cory Booker (D-N.J.) argued that Barrett’s confirmation would be a potential threat to Roe. “People are scared right now for another reason, because they know what a future without the protections of Roe v. Wade looks like,” he said. “Because President Trump has explicitly stated that he would only put up Supreme Court nominees that would overturn Roe v. Wade. He said it clearly. We should believe him.”

READ: Children don’t keep women from achieving their dreams. Amy Coney Barrett is proof of this.

“Without Roe v. Wade, our country looks like people being denied the ability to make decisions about their own body, not just while they’re pregnant, but being stripped of the right to plan for their futures,” Booker continued. “It looks like women of color, low-income women, and women living in rural areas, who can’t just pack up and leave if abortion is restricted or criminalized where they live. It looks like them being left with no options. It looks like state laws proliferating throughout our country that seek to control and criminalize women. It looks like the government interfering with women making the most personal medical decisions. It looks like a country in which states write laws that could subject women that have miscarriages to investigations to ensure that they didn’t have abortions.”

Sen. Patrick Leahy (D-Vt.) likewise claimed in his opening remarks that Americans are fearful of Barrett’s nomination. “They’re scared that the clock would be turned back to a time when women had no right to control their own bodies. And when it was acceptable to discriminate against women in the workplace,” Leahy said.

As previously reported by Live Action News, “Title VII of the Civil Rights Act of 1964… prohibits discrimination on the basis of sex among other protected classes by any U.S. company with more than 15 employees,” and “[i]n 2015, the Supreme Court ruled that the 1978 Pregnancy Discrimination Act… clarified that discriminating against pregnant women constituted discrimination on the basis of sex, and that pregnant employees should be afforded the same accommodations as disabled employees.” Unfortunately, discrimination against pregnant employees is not a thing of the past. Employers including Walmart, Google, Nike, UPS, and Planned Parenthood have been accused of pushing women out of their jobs for becoming pregnant and continuing their pregnancies. Pregnant women in the military report having been pressured to abort or face losing their jobs. Politicians, Big Pharma, car dealerships, and countless others have attempted to coerce pregnant women into abortions under threat of job loss.

Far from becoming a key to women’s freedom to control their bodies, legal abortion has created an environment in which women are expected to abort if they want to compete in a “man’s world.”