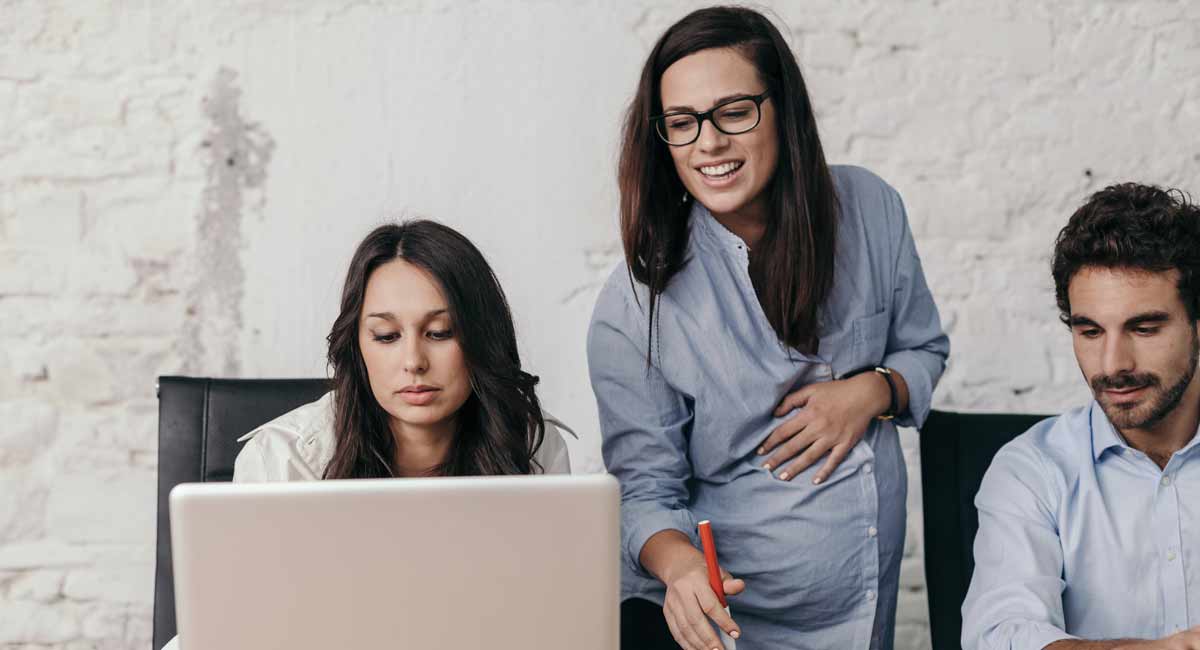 Google doesn’t exactly have a reputation for being pro-life. It has shown a clear bias against pregnancy centers; originally categorized the pro-life film “Unplanned” as “propaganda;” ditched an artificial intelligence advisory council after a conservative, pro-life Black female leader was included on it; and has, via YouTube, suppressed Live Action’s pro-life message. Now, one Google employee has written a memo claiming she was discriminated against for becoming pregnant.

Motherboard obtained a memo that was shared and went viral among Google employees. It was seen by over 10,000 of them. In it, the employee talks about witnessing and being affected by pregnancy discrimination, though she had reportedly worked at Google for four years prior to becoming pregnant. She had been on track for a promotion, which she received, and had a number of other employees who reported to her.

“At one point after my promotion, my director/manager started making inappropriate comments about a member of my team, including that the Googler was likely pregnant again and was overly emotional and hard to work with when pregnant. My manager also discussed this person’s likely pregnancy-related mental health struggles and how it’s difficult because, ‘you can’t touch employees after they disclose such things’,” she wrote.

After reporting the inappropriate comments, human resources assured the employee she would be protected against retaliation — but she was not.

“I endured months of angry chats and emails, vetoed projects, her ignoring me during in-person encounters, and public shaming,” she said. While human resources acknowledged the inappropriate behavior, they also said that no investigation would take place. Meanwhile, the employee was pregnant, and scared that the stress was negatively affecting her baby. On top of that, the employee said her manager had stopped writing positive, glowing reports about her, and had begun claiming that she was not meeting expectations.

“[M]y manager reported I wasn’t meeting expectations for my role, and asked what my next steps were,” she said. “Clearly I was being encouraged to leave the team, which was confusing given my VP had recently begged me to stay on the team and stressed my stellar performance. I expressed to my manager’s manager that I was concerned about having to interview for other jobs while visibility [sic] pregnant and worried that teams wouldn’t consider me for roles of similar scope and responsibility due to my fast approaching maternity leave. Expecting continued retaliation from my manager upon switching teams, I emailed HR asking what measures were in place to protect me.” She never heard back.

Four months before going on maternity leave, she left that team for a different one at Google, even though it had less responsibility. Hoping for a more positive experience, she was disappointed to find that she was being “excluded from certain management communications and offsites.” She was also told to keep quiet about the discrimination she had previously experienced. Then, she became seriously ill, and would need to take maternity leave earlier than expected.

During one conversation with my new manager in which I reiterated an early leave and upcoming bedrest, she told me that she had just listened to an NPR segment that debunked the benefits of bedrest. She also shared that her doctor had ordered her to take bedrest, but that she ignored the order and worked up until the day before she delivered her son via cesarean section. My manager then emphasized in this same meeting that a management role was no longer guaranteed upon my return from maternity leave, and that she supported my interviewing for other roles at Google.

Then, when the employee began having “concerning symptoms” and needed to start maternity leave early, she says she experienced even worse treatment:

… I emailed my manager…. A few hours later, she sent me an angry email letting me know I wasn’t meeting the expectations of someone at my level, nor meeting the expectations of a manager. This was the first time any such feedback had been shared, and no concern was stated for the status of my health and pregnancy. At this point I was furious about how I was being treated and reported to HR that I was a victim of discrimination. HR confirmed an investigation would start. I was next hospitalized for three weeks, with my daughter finally being born early via emergency c-section after a series of scary hemorrhages. Not one person from my new team proactively reached out to see how I was doing while in the hospital or after the birth of my daughter.

But four months later, the HR department reported that the “manager did a poor job communicating the scope” of her role “but… there was no evidence of discrimination.” In addition, she was told her exclusion from management events was “an administrative error, and that my manager never meant to discourage me from taking early leave. I’m baffled as to how it took four months to come up with such shallow findings.”

Given this treatment, the woman elected not to return to Google after her maternity leave was over. But other employees have been speaking out in her defense on an internal message board.

“WOW. I can’t wait till absolutely nothing changes as a result,” one employee wrote. “She deserves better than this continued train-wreck.”

Another employee said, “This is alarming. And sadly not surprising. It fits a long-standing pattern at the company. Google has a culture of retaliation that is reflected in its abysmal diversity numbers. The pipeline isn’t the problem: the racist, misogynist culture that penalizes those who speak up is.”

A meme shared said that employees had less trust in Google’s human resources department than they did in “gas-station sushi.”

Many women continue to be discriminated against across industries and in numerous companies, and while media outlets are slowly beginning to pay attention, it is still something that remains, for the most part, under the radar. This penalization of pregnancy is one reason so many women feel they have no choice but to have abortions. And as long as abortion remains legal, there will be no incentive for these companies to change their ways and treat women better.