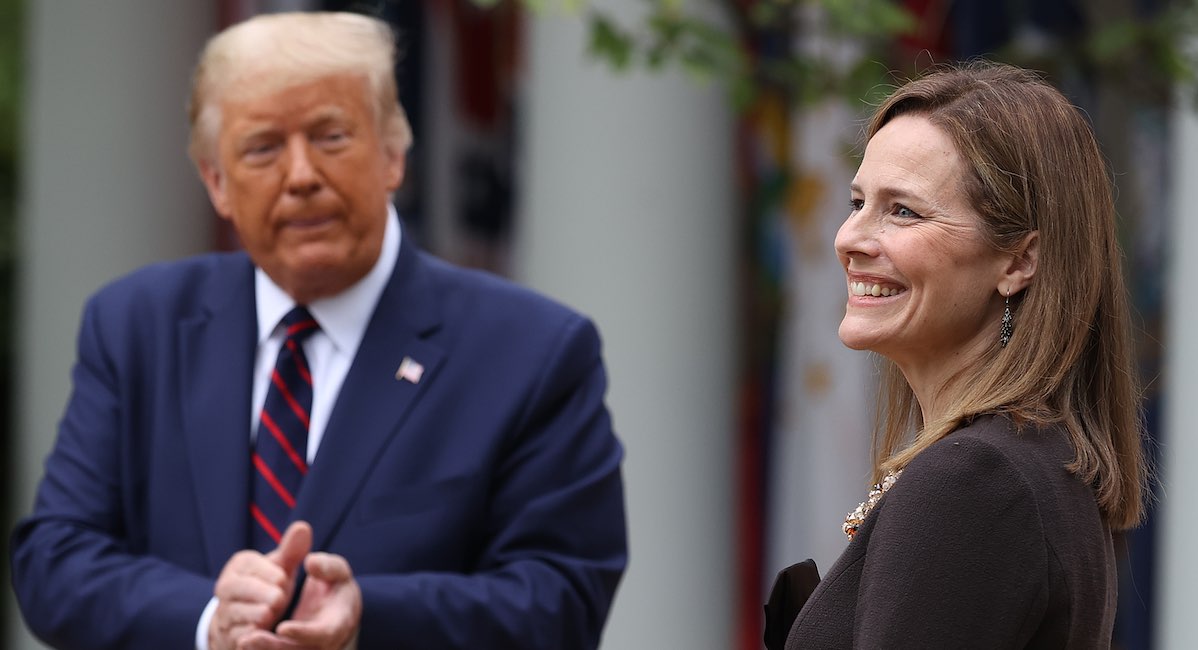 Today, President Donald Trump announced his pick to replace the late Justice Ruth Bader Ginsburg on the U.S. Supreme Court. Judge Amy Coney Barrett has been a leading choice for Trump and met with the president at the White House on Monday, the only potential nominee to do so, according to CNN.

Barrett currently sits on the United States Court of Appeals for the Seventh Circuit. When she was nominated for that court in 2017, Planned Parenthood submitted a formal letter to the Senate Judiciary Committee opposing her nomination and calling her “dangerous to the health care of people across the country.”

“Today it is my honor to nominate one of our nation’s most gifted and brilliant legal minds to the Supreme court,” said Trump. “She is a woman of unparalleled achievement, towering intellect, sterling credentials, and unyielding loyalty to the Constitution, Judge Amy Coney Barrett.” 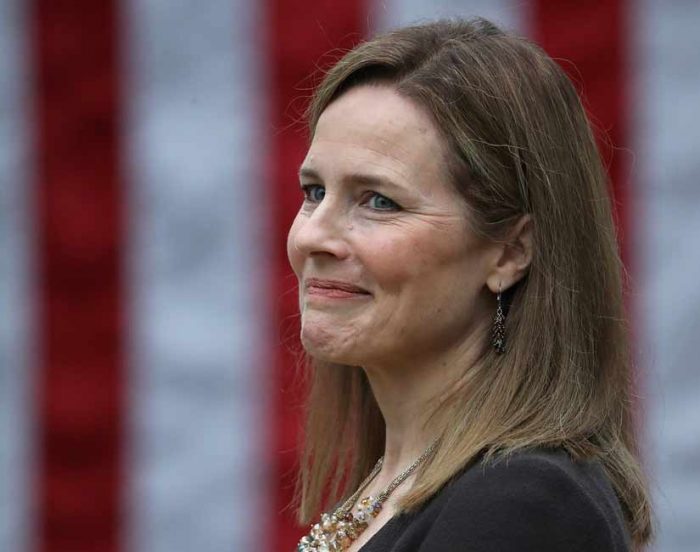 WASHINGTON, DC – SEPTEMBER 26: Seventh U.S. Circuit Court Judge Amy Coney Barrett looks on while being introduced by U.S. President Donald Trump as his nominee to the Supreme Court during an event in the Rose Garden at the White House September 26, 2020 in Washington, DC. With 38 days until the election, Trump tapped Barrett to be his third Supreme Court nominee in just four years and to replace the late Associate Justice Ruth Bader Ginsburg, who will be buried at Arlington National Cemetery on Tuesday. (Photo by Chip Somodevilla/Getty Images)

Barrett has a brief but consistent record in support of life. In 2016, Barrett voted in favor of rehearing a 2016 case regarding an Indiana law that required aborted babies to be buried or cremated after some judges determined the law to be unconstitutional. The case was later heard by the Supreme Court, which upheld the law. Ginsburg was the sole justice to write a dissent to that ruling.

Barrett also voted to rehear a case regarding a law that would have banned abortions because of the baby’s sex, race, or disability, a law of which she was in favor. In 2017, in the case of Box v. Planned Parenthood of Indiana and Kentucky, Inc., Barrett joined dissenters in support of the Indiana law requiring doctors to notify the parents of minors seeking abortions.

“The president has nominated me to serve on the United States Supreme Court and that institution belongs to all of us. If confirmed, I would not assume that role for the sake of those in my own circle, and certainly not for my own sake,” said Barrett. “I would assume this role to serve you. I would discharge the judicial oath, which requires me to administer justice without respect to persons, do equal right to the poor and rich, and faithfully and impartially discharge my duties under the United States Consitution.”

Next—President Trump announces the nominee for Associate Justice of the Supreme Court of the United States.

Posted by The White House on Saturday, September 26, 2020

Live Action Founder and President Lila Rose released a statement regarding Barrett’s nomination, saying, “The Justices who have made history were those who had the courage to buck the status quo by defending the constitutional protections of the vulnerable and oppressed. We support the nomination and swift confirmation of Amy Coney Barrett to the Supreme Court.”

“The incoming Justice has the opportunity to be part of America’s course-correction on abortion, helping to repair the damage done by RGB and her ideological counterparts,” continued Rose. “We are confident Amy will lend her legal qualifications to the work of justice — on Roe v. Wade and beyond.”

READ: What to know about President Trump’s possible picks for the Supreme Court

“Judge Barrett is a brilliant legal thinker and will be an excellent Supreme Court Justice,” said U.S. Senator Ben Sasse (R-NE) in a statement. “Despite her unsurpassed character, reputation, and intellect, this confirmation process will be nasty. Why? Because too many on the left (and sadly some on the right as well) want judges who will substitute their own will for the law. Judge Barrett is not that kind of judge. She believes her duty isn’t to arbitrarily slop applesauce on the stone tablets and declare new laws — her duty is to cloak her personal views under a black robe and to faithfully uphold the Constitution. That makes her a problem to rabid partisans, and an ally to the rule of law.”

In addition to a successful career, Barrett is a Catholic, married mother of seven children, one of whom has Down syndrome and two who are adopted from Haiti. If confirmed, she will be the first mother of school-aged children to serve on the Supreme Court.