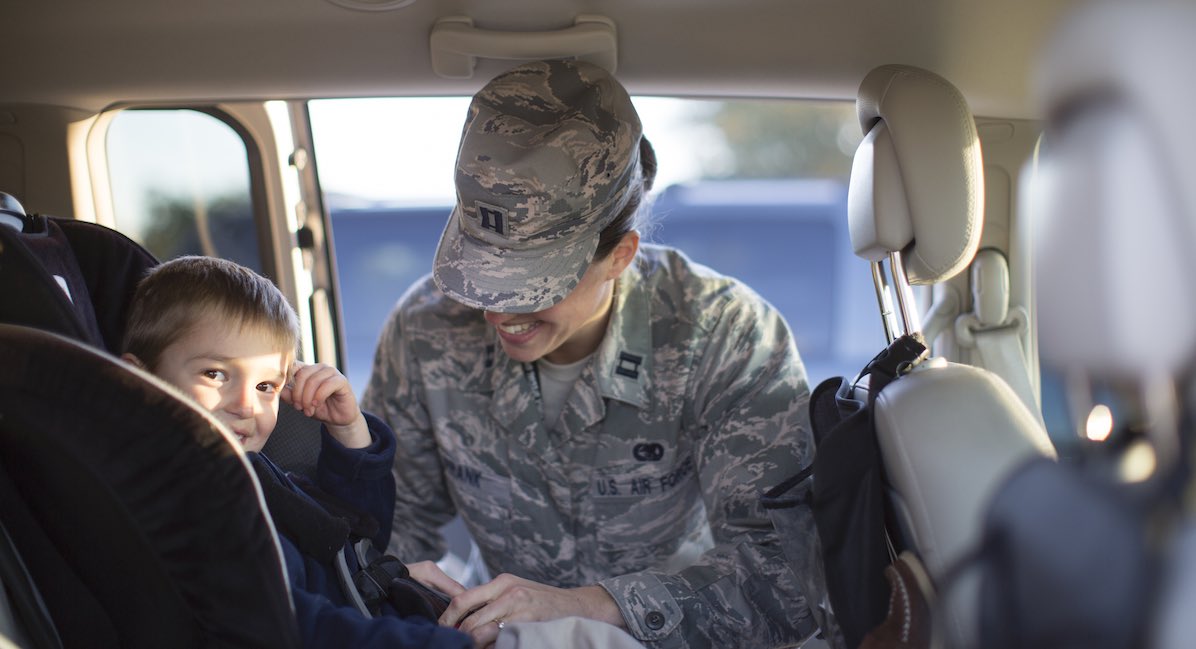 In 1970, a 25-year-old Susan Struck was serving in the air force in Vietnam as a nurse. When she realized she was pregnant, she knew she had to have an abortion, or lose her career. It’s been 50 years, and nothing has changed.

Struck told The Guardian that she was walking down a road one day when she felt dizzy, and she knew she was pregnant. The understood rule of the Air Force was straight forward: have an abortion, or be discharged. Struck knew she had to choose between her baby and her career, so she went to bed that evening with the plan to travel to Japan in the morning for an abortion.

“But that night I had a dream,” she said. She saw her baby, and the baby called her “Mommy.” “I sat up in bed, and I said, ‘No way. No way are they going to do this. Susan Struck is not going to fall for this crap.”

And crap is exactly what it was — the same crap that happens to women today.

Struck stayed on duty in Vietnam for over seven months, hiding her growing baby bump the entire time. When a charge nurse in the Air Force hospital finally figured it out, Struck was put on the first transport out of Vietnam. Back in the states, the discharge notices started pouring in.

“‘I mean, how could you be ready for a worldwide duty if you have kids to take care of, you stupid woman? Don’t you know better?'” said Struck. “That was the attitude back then.”

But Struck fought back against the discharge. Her attorney was none other than future Supreme Court Justice Ruth Bader Ginsburg. After Struck gave birth to a baby girl, she placed the baby for adoption with friends in a different state.

“Hurt like hell,” she said. “While I was there, wouldn’t let anybody else hold her but me… When I got out of the car, I gave her to one of her adoptive brothers to hold. When I set off I said, ‘I’ll see you baby-san,’ because that’s what I was calling her, baby-san, and I cried all the way into the airport, all the way on to the plane, all the way to St. Louis. I cried all the way.”

By the time her baby girl was a toddler, Struck was stationed in North Dakota, still fighting her discharge. She lost in federal district court, and went on to the court of appeals where she lost again. Then the Supreme Court agreed to take her case. According to The Guardian, the US Solicitor General, Erwin Griswold, told the military that the case could make the government look bad. Ginsburg recalled him saying, “‘You should waive Captain Struck’s discharge and then change the rule prospectively so pregnancy is no longer an automatic discharge.’ And the Air Force did.”

Despite this, not much has changed in the world regarding women, pregnancy, and abortion. Roe v. Wade and Doe v. Bolton made abortion legal in any and all circumstances, at any point in pregnancy, but they didn’t liberate women. And according to recent reports, women in the military are still expected to abort their babies or lose their careers. The same is true for civilian women. Society continually claims that they have to choose between their babies and their education, or their babies and their career goals.

Struck has said she supports abortion with limitations, but all that does is allow men, bosses, and the military to expect women to abort. And when women are expected to abort, they frequently feel like they have no other choice. That’s not freedom. That’s oppression. Seventy-three percent of post-abortive women say they felt pressure to abort — by the people in their lives, by their baby’s father, by their finances, by their career goals, by their age. Many of those women will now face a lifetime of regret while they struggle with symptoms of post-abortion syndrome. A form of PTSD, it is typically characterized by an increased risk of depression, drug and alcohol use, and suicidal thoughts in post-abortive women. Women deserve better.

What happened to Struck should never happen to any woman. The only way to ensure that is to make abortion both illegal and unthinkable. Women should not be expected to sacrifice their children’s lives in order to fulfill career goals. Men aren’t expected to do that, so why should women be? The truth is that women still aren’t seen as equal, despite the promise that birth control and abortion would make them so.

What abortion advocates fail to see is that women and men don’t have to be the same to be equal. They are equal simply because they are human beings. Their preborn children are equal too — because they are also human beings and therefore worthy of protection and life, no matter what is happening with the adults around them.