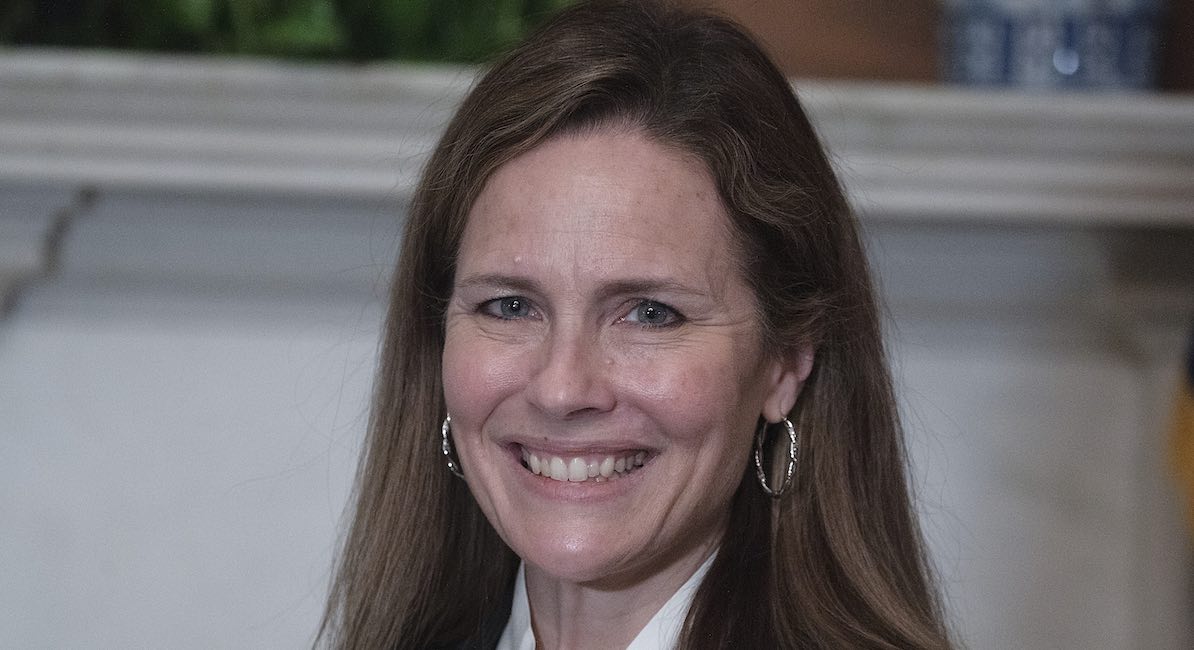 Back in pre-pandemic January, actress Michelle Williams credited “the right to choose” with her professional success during an award acceptance speech at the Golden Globes. The actress received the award and later an Emmy for her role in the 2019 FX miniseries”Fosse/Verdon.” During her speech, she said:

I’m grateful for the acknowledgment of the choices I’ve made, and I’m also grateful to have lived at a moment in our society where choice exists, because as women and as girls, things can happen to our bodies that are not our choice. I’ve tried my very best to live a life of my own making, and not just a series of events that happened to me, but one that I could stand back and look at and recognize my handwriting all over — sometimes messy and scrawling, sometimes careful and precise — but one that I had carved with my own hand. And I wouldn’t have been able to do this without employing a woman’s right to choose, to choose when to have my children and with whom.

Perhaps the only thing more appalling about her speech than the raucous applause of approval it received from Hollywood’s acting elite was the irony of Michelle herself celebrating abortion while visibly pregnant.

Michelle Williams’ apparent belief in the necessity of legalized abortion in order for women to achieve their career or other goals is frequently echoed by society at large. A late September article in Cosmopolitan magazine decrying President Donald Trump’s then-presumptive nomination of federal judge Amy Coney Barrett for the vacant Supreme Court seat expressed similar sentiments. The article lamented the President’s pick, calling her “a devout Catholic right-wing activist judge who is eager to overturn Roe v. Wade,” adding, “women are not a monolith, and not just any woman (on the Supreme Court) will do. If one purpose of having more women in government is to make women’s lives better, it’s counterproductive to install women who are only acceptable to the men in power because they have internalized misogyny so deeply that they are comfortable openly plotting to make women’s lives worse. The patriarchy is not a group of men, but a system that benefits men, and women like Barrett are squarely a part of it.”

The assumption that “internalized misogyny” is the only explanation for Barrett’s pro-life stance and welcoming of seven children — including five biological and two adopted from Haiti — is unconvincing and even patronizing, completely ignoring her intellect and professional competence.

In a social media post, former model Leah Darrow, a mother of four children herself, called out the disparity between Barrett’s own life example and that of Williams. She wrote:

Tell me again that babies keep you from your dreams?….THIS

ideology has been sold to women for the past 60 years to make us believe that our own flesh and blood will keep us from happiness and life itself. It sells motherhood as the lowest possible position and hands her abortion as the means out of it. This ideology pits a mother against her child. The baby is now the enemy and stands in the way of freedom and happiness. There is NO DREAM, NO LIFE, that is worth the murdering of a child. And now, we have another woman, Amy Coney Barrett, who stands in great opposition to the words of Michelle and this ideology….The abortion ideology abhors Amy and MANY other mothers who have proven time and time again that #BabiesAndDreams ALWAYS go together…and (are) often interdependent on one another. Michelle’s words saddened me greatly, and I sincerely pray for all those that believe this lie, since I too in my past, believed many of the lies of our culture. But Amy’s LIFE gives me hope. Hope that our world (and its women) will recognize the powerful contribution of women, of mothers … and for these roles to be fulfilled, we do NOT have to kill our children.

Tell me again that babies keep you from your dreams? #BabiesAndDreams In accepting her Golden Globe award, Michelle…

READ: Sarah Huckabee Sanders slams abortion activists for insisting women must ‘choose between their dreams and their children’

Darrow isn’t the only one calling for a cultural shift to acknowledge that authentic feminism doesn’t consider women’s pursuit of professional success to be predicated on the availability of abortion. In a much-discussed piece for Politico, Ethics and Public Policy Center fellow Erika Bachiochi called Barrett “a new feminist icon.” Bachiochi wrote that, in contrast to the late Ruth Bader Ginsburg’s view of “abortion rights as central to sexual equality,” Barrett  “embodies a new kind of feminism, a feminism that builds upon the praiseworthy antidiscrimination work of Ginsburg but then goes further.” She added:

It insists not just on the equal rights of men and women, but also on their common responsibilities, particularly in the realm of family life. In this new feminism, sexual equality is found not in imitating men’s capacity to walk away from an unexpected pregnancy through abortion, but rather in asking men to meet women at a high standard of mutual responsibility, reciprocity and care….

Barrett says that for both parents, the needs of the Barrett children came first, their professions second — and yet both their children and professions thrived. Rather than assume caregiving is a woman’s “choice” to embrace or reject on her own, as Roe does, the Barretts recognize that both mothers and fathers are encumbered by their shared responsibilities to the dependent children in their care.

Barrett’s story challenges the current narrative by prioritizing childbearing and caregiving, as she noted in a 2019 speech, “What greater thing can you do than raise children? That’s where you have your greatest impact on the world.” No wonder abortion advocates are reeling from her nomination.

Bachiochi opined, “When greater numbers of us understand the cultural priority of caregiving, a movement will grow strong enough to challenge the dominant market mentality that disfavors family obligation for both women and men.”

No, children don’t keep us from achieving our dreams.

No, abortion is not necessary in order for women to thrive professionally.

No, childrearing and abortion are not mutually exclusive.

Yes, our society thrives when motherhood and caregiving are prized.