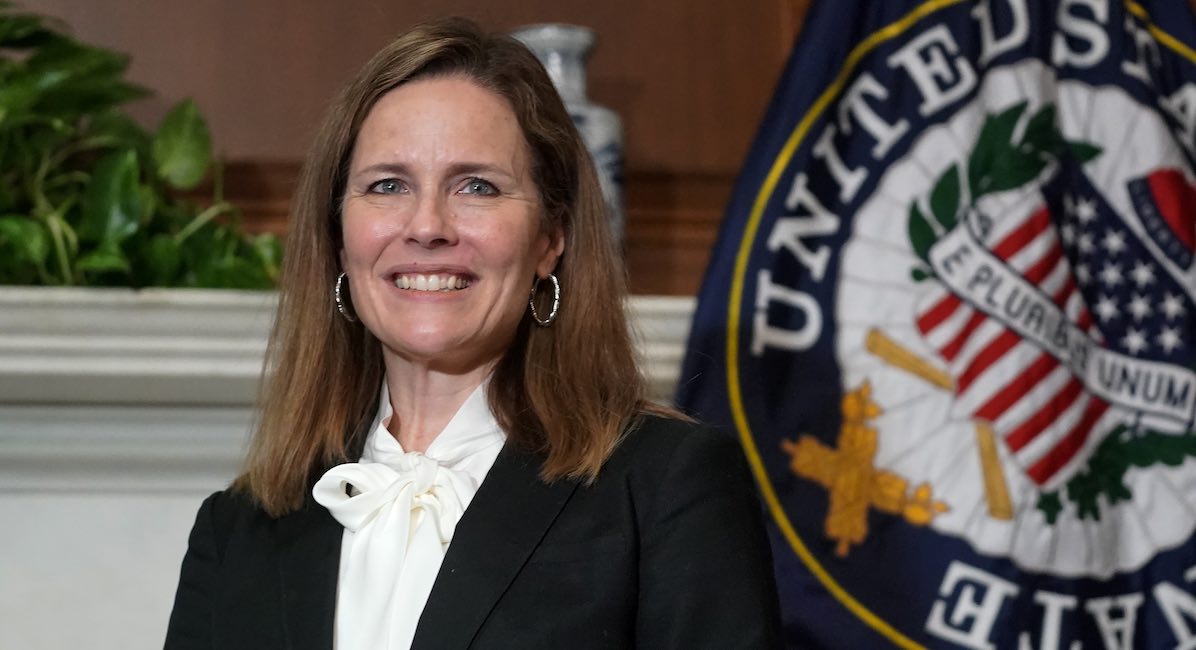 (Daily Signal) A plurality of Americans support Senate confirmation of Judge Amy Coney Barrett for the Supreme Court, with a boost of 9 percentage points since President Donald Trump announced her nomination, according to a Morning Consult poll.

Barrett’s support is increasing among Republicans, Democrats, and independents, the poll found.

Just 31% say the Senate should reject the Barrett nomination, a 3-point drop from a Sept. 26 Morning Consult poll that also surveyed about 2,000 registered voters.

The earlier poll, conducted the day Trump announced Barrett as his third pick for the high court, had 9% fewer backing her confirmation regardless of who wins the election.

In the new poll, a higher share—37%—still says the Senate should vote to confirm Barrett only if Trump wins the 2020 presidential election. Still, that’s down 3 points from the earlier poll.

Before Trump announced Barrett as his nominee, half of voters said the winner of the presidential race should pick the successor to Justice Ruth Bader Ginsburg.

Since late 2017, Barrett has been a judge on the 7th U.S. Circuit Court of Appeals, which covers Illinois, Indiana, and Wisconsin.

Less surprisingly, the Morning Consult poll found that 77% of Republican voters back Barrett’s confirmation. That’s up 6 points from the earlier poll.

More surprisingly, the share of Democratic voters who back her confirmation increased by 10 points, to 24%.

Also among Democrats, 59% said the Senate should wait to see who wins the presidential election. That’s down 20 points from 79%, according to Morning Consult.

The new poll found that 36% of independent voters said Barrett should be confirmed to the high court, an 8-point bump from the earlier poll.

The results of another Morning Consult poll show perhaps better news for Democrats, as 54% of voters surveyed say the Senate should definitely or probably delay a confirmation hearing after Trump’s diagnosis with COVID-19.

Among parties, that’s 75% of Democrats, 30% of Republicans, and 46% of independents. That poll surveyed 892 voters Monday.