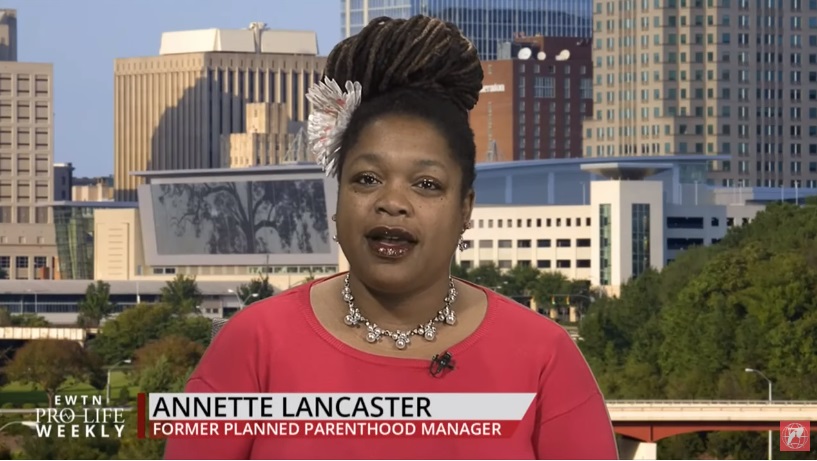 Former Planned Parenthood medical assistant Ta’Lisa Hairston, recently highlighted in a New York Times expose detailing how she and other pregnant staffers experienced discrimination while working for the abortion corporation, has spoken out in an interview for the first time since the article was published. Hairston told the Times that Planned Parenthood ignored her obstetrician’s orders requiring her to take frequent breaks. Hairston gave birth prematurely and told the Times that just two months later, Planned Parenthood “began calling her at home, telling her to return to work early.” She further describes the harassment and stress she suffered at the hands of her former employer.

In an interview with host Catherine Hadro of EWTN’s Pro-life Weekly, Hairston says Planned Parenthood forced her to work long shifts while she was pregnant, some up to twelve hours, extending to her very few breaks. “I wouldn’t get one or if I did go on lunch, I was pulled out of the lunch room to see patients.”

Hairston developed preeclampsia, a serious condition which can result in complications for mother and baby — even death, if left untreated. “It was so bad that I was put on bed rest multiple times,” Hairston said in her EWTN interview.

Hairston was eventually admitted to the hospital where she swiftly received an emergency C-section to avoid the rupture of her liver.

After just one week, Planned Parenthood claimed it had not received paperwork necessary for Hairston to qualify for federally guaranteed maternity leave. The federal Family and Medical Leave Act (FMLA) provides “certain employees with up to 12 weeks of unpaid, job-protected leave per year.” Hairston told EWTN:

And I told them that my doctor had sent it… two weeks before when I was placed on immediate bed rest.

And then, shortly after I was getting calls stating that I had to come back to work and my son had just came home from the NICU. He hadn’t even been a month old. And I know with FMLA, like I can stay home for up to three months, (twelve weeks) if you have a C-section. And, it wasn’t even the twelve weeks yet and they were telling me that I had to return to work.

Hairston eventually left Planned Parenthood due to the pressure they were applying.

“It came to an end when I requested for planned family leave… and it’s for bonding with newborns where you can get extra time off and it is paid. I requested that. And two of the women from HR said that I was not eligible for it. I could either do… one week of PTO, thirty days unpaid leave or tender my resignation.”

At this point in the interview, Hairston became emotional, adding, “With all of the stress that I felt… I just felt that it was best to just leave because [of] the way I was treated throughout my whole pregnancy and maternity leave. I couldn’t enjoy my son or get myself better again to take care of him.”

At the end of the interview, Hadro asked Hairston what she would tell other women seeking careers at Planned Parenthood. Her response? “I would tell them to think twice and know exactly what you’re getting yourself into. And I would tell them just turn the other way. There’s better opportunities out there.”

Since leaving Planned Parenthood, Hairston has found a new place of employment that she says she enjoys and where she feels “respected.” 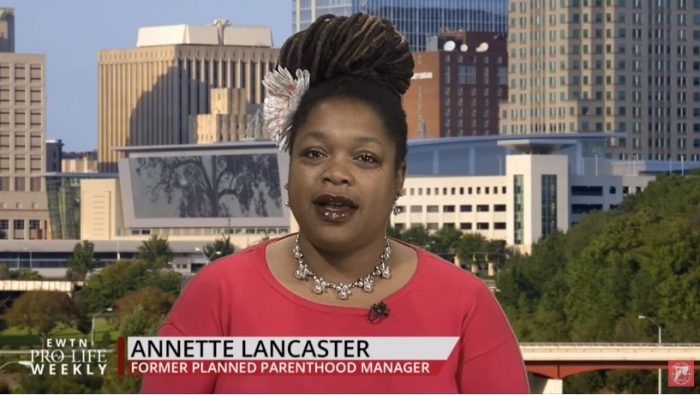 Annette Lancaster, who used to manage a Planned Parenthood facility in Chapel Hill, North Carolina, also spoke on the EWTN program, describing Planned Parenthood’s culture as “very dark.” She said, “One of the things that I spoke out about was that they were very biased towards our pregnant employees.”

Lancaster claimed to have personally witnessed how pregnant staffer members were terminated by Planned Parenthood. “Like I said to the New York Times, if it was one time it would have been coincidence. But the fact that it happened twice was very curious to me…. There is so much that goes on behind the scenes that the American population just does not know.”

Live Action News has detailed additional complaints by Planned Parenthood staffers who say the abortion corporation does not pay a fair wage, prioritizes profit over care, and is a toxic environment.

Planned Parenthood receives half a billion in federal taxpayer dollars annually despite numerous scandals, accusations of fraud, the cover-up of child sexual abuse, and other abuses.