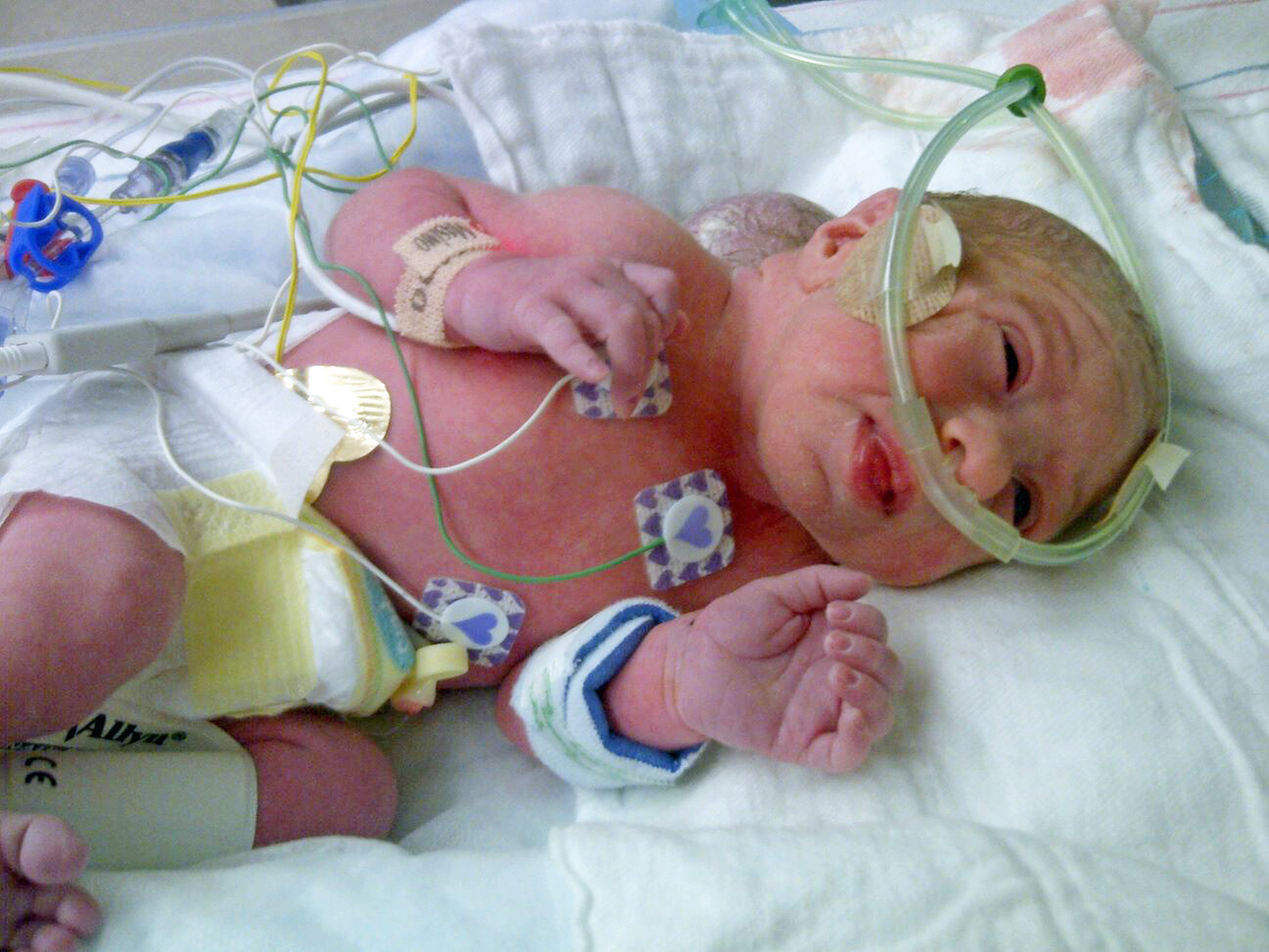 Abortion advocates constantly claim there is not enough access to abortion – that a woman might have to drive for a couple of hours for a procedure. But what about the families who have to drive hours to save their child’s life? Sharlotte and Jim Grote had to do just that. They drove to a hospital eight hours away from home in order to give their third child a chance at life, and it paid off.

Their baby girl was diagnosed at 20 weeks gestation with encephalocele, a rare condition in which part of her brain grows on the outside of the skull. Doctors gave the baby only a 25% chance of survival, but her parents refused abortion, and instead fought to save her.

Heartbroken over the diagnosis, Sharlotte Grote from North Dakota, said she began to plan for her baby’s funeral.

“We went along to our 20 weeks scan where everything went fine, but later on that evening I got a phone call from the doctor who told me that there was something wrong with our baby. We were terrified, our baby was given a 25 percent chance of surviving past her first few days and even then we were warned she may be severely disabled,” Sharlotte Grote told the Daily Mail. “Abortion was never an option for us, even if I could spend just a few minutes with my little girl I would be happy.”

Doctors said that if the baby did survive, she may not ever walk or talk. PIC FROM CATERS NEWS – (PICTURED: Isabella before her surgery.)

In order to safely deliver their baby girl, the couple was referred to a specialist in Minnesota, an eight-hour drive away from their home. Isabella was born one month premature and three days later she had successful surgery to remove the sac and put her brain back inside her skull.

“Seeing her for the first time I was terrified, all I could see was this sac on the back of her head,” said Sharlotte Grote.

After thirteen days in the Neonatal Intensive Care Unit, Isabella was able to go home and join her two big brothers. However, her future was still uncertain. Miraculously, she has hit her milestones.

“Despite not knowing if Isabella would have learning difficulties in the future, we felt so lucky that our little girl was alive,” said Sharlotte Grote. “She has just celebrated her fourth birthday and is doing amazing – she has hit all of her milestones including walking and talking and loves going to school.”

Quite often, babies diagnosed prenatally with a condition that may be life-threatening are aborted. Doctors will recommend it to parents, and groups like Planned Parenthood will support it by constantly fighting for late-term abortion to remain legal for the purpose of killing babies with disabilities or health conditions.