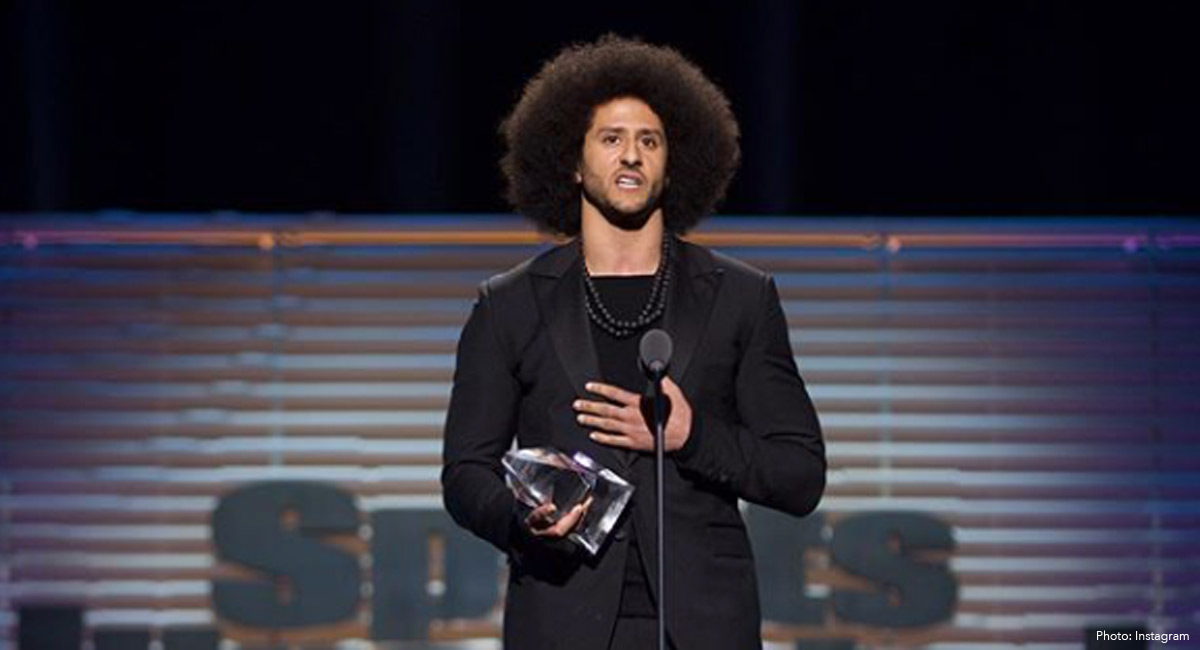 Former NFL quarterback Colin Kaepernick is most well known these days for his social justice advocacy, but what many people don’t know is that Kaepernick was adopted. He talked about being adopted before going to the Super Bowl with the San Francisco 49ers, calling it “the biggest blessing of my entire life.” At 19, Kaepernick’s birth mother found herself pregnant, and wanted to give her son the best life he could possibly have. She wanted him to have adoptive parents who could provide him with love, a family, and instill in him her love for sports. Rick and Teresa Kaepernick adopted Colin at five weeks old. And yet despite the fact that Kaepernick’s birth mother chose life for him, Kaepernick has just donated $25,000 to a pro-abortion group.

He took to Instagram to announce his latest charitable beneficiaries, which included the Center for Reproductive Rights, a legal advocacy group dedicated to advancing abortion. They responded by saying the donation “made their day.”

Let’s keep 2017 going strong! This is the fourth month of my Million Dollar Pledge and so far I’ve donated $400k of the 1 million I promised! WE must keep empowering our oppressed communities and start from the ground up to make a real change. This month my donations went to the 350.org, a worldwide organization focused on climate campaigns and projects, CHIRLA, an organization working to advance the human and civil rights of immigrants and refugees, Center for Reproductive Rights, a legal advocacy organization that promotes and defends the reproductive rights of women worldwide and Black Veterans for Social Justice, an organization that provides program services to assist military personnel in making a smooth transition from active duty to civilian life. Go to http://www.kaepernick7.com/ to see the details on how they’ll be using the money to help their communities. If you want change, you have to be it!

The Center for Reproductive Rights is responsible for what may be the creepiest ad of all time. The video, which has since been removed from Youtube, featured actor Mehcad Brooks holding a rose sitting in front of a fireplace, wishing a happy anniversary for Roe v. Wade. Brooks repeatedly calls the viewer “baby,” behaves in an overtly sexual manner, and uses phrases like “tear us apart,” a cringeworthy choice for an ad celebrating abortion. The Center for Reproductive Rights also joined in a coalition dedicated to increasing “supply and demand” for abortion, and have fought against common-sense laws that protect women, like requiring admitting privileges for abortionists, which prevents them from patient-dumping at hospital emergency rooms. It is unfortunate that Kaepernick, whose mother gave him the gift of life, is working to help rob other children of that very same gift.