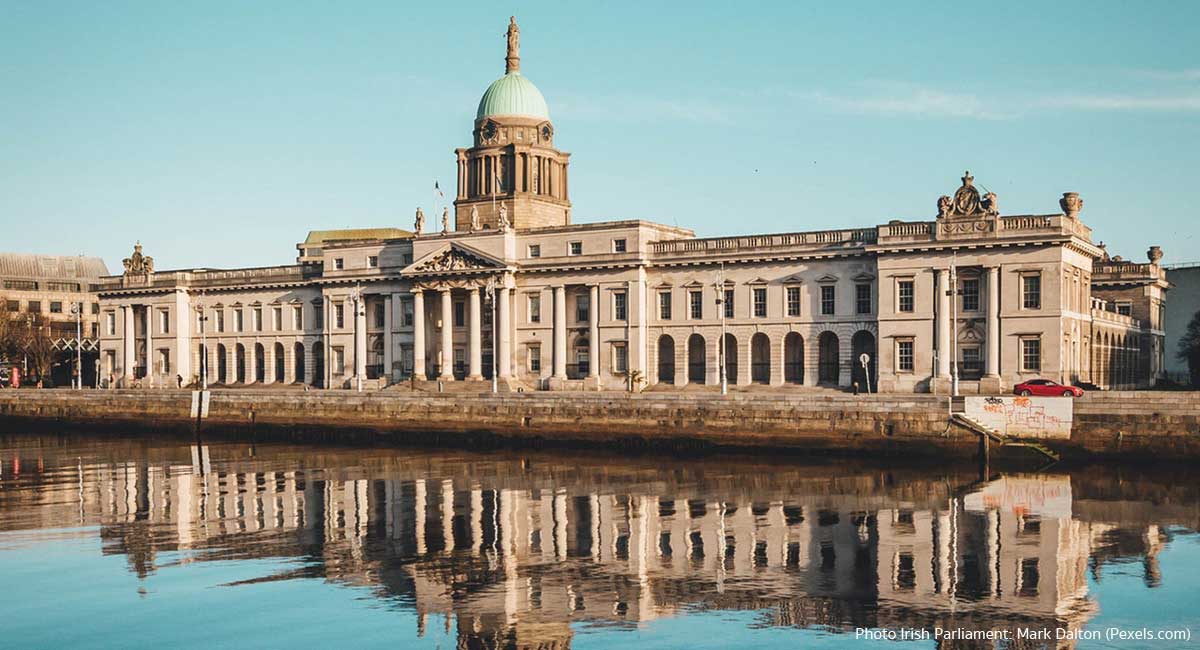 2018 has been a devastating year for the preborn in Ireland. It started with the repeal of their constitutional protections in May and came to a crescendo during the second week of December, with the legislature passing abortion on demand through the 12th week of pregnancy. The bill also allows abortion of children with disabilities up to birth, and does not contain any conscience protections for medical personnel who object to participating in abortion. The first legal abortion facilities are poised to open in early 2019.

Prior to this tragic turn of events, abortion had been outlawed in Ireland for 155 years, with the exception of the life of the mother. Even as recently as 1983, a supermajority of Irish citizens (66.9%) voted for the pro-life Eighth Amendment of the Constitution. The Eighth Amendment recognized the equal rights of preborn child and mother alike. It was intended to prevent the existing law from being interpreted by judges to legalize abortion in the name of a “right to privacy,” a situation that most notoriously came to pass in the United States Supreme Court decision, Roe v. Wade. Through the turmoil of the 20th Century, when most Western nations saw abortion legalized, Ireland was untouched by these sweeping changes. So how did one of the most staunchly and famously pro-life countries fall so far in just the past few years?

The Republic of Ireland has a strong Catholic history and identity ingrained into its very constitution. Protection for the preborn was part of the fabric of the culture for decades. Abortion in Ireland was illegal prior to and after Irish self-rule. That heritage began to be chipped away at the same time that the Church began to lose its credibility due to public scandals and crises. The efforts of abortion activists gained steam in 2012 when they seized upon the tragic death of Savita Halappanavar as their rallying cry. Halappanavar, a 31-year old dentist, died on October 28, 2012 in Galway, Ireland, following a septic miscarriage. Almost immediately following Halappanavar’s death, pro-abortion advocacy groups seized upon the tragedy to advance their cause in Ireland.

Savita Halappanavar 1981-2012, Indian dentist, died from complications of a miscarriage after unsuccessfully pleading for a termination as her life was in danger & pregnancy no longer viable. Savita’s family have urged Irish voters to vote Yes to #Repealthe8th #TogetherForYes pic.twitter.com/Tw27YkDbn0

Nevertheless, in the month following her death, pro-abortion groups organized rallies and marches, including a march on November 17th in Dublin that drew over 10,000. A well-coordinated international response also followed. By January 2013, abortion activists in Ireland launched the Abortion Rights Campaign, which even began to organize an annual “March for Choice” in Dublin and sympathetic marches in major cities around the world.

READ: Know the truth: The top 3 things you should know about Savita

When a sympathetic government took power following the 2016 elections in Ireland, abortion activists began forming committees and issuing reports on liberalizing abortion laws in Ireland. A referendum was scheduled for May 2018 on the question of whether or not to repeal the pro-life Eighth Amendment of Ireland and replace it with the following language:

“Provision may be made by law for the regulation of termination of pregnancy.”

After a spirited pro-abortion campaign that used Halappanavar’s death as its rallying cry, pitting the life of the mother against the life of the child, the pro-abortion referendum passed by a majority of Irish citizens voting in favor (66.4%), almost exactly the same percentage as had voted for the Eighth Amendment in 1983.

The repeal of the Eighth Amendment on May 25, 2018, paved the way for the government to be able to pass a law legalizing abortion in Ireland. This marked the beginning of the end of 155 years of pro-life protections in Ireland, which in December culminated in the legislature’s passing of abortion on demand up to 12 weeks of pregnancy.

In debates surrounding this tragic law, a few courageous Irish lawmakers gave voice to the dying embers of Ireland’s conscience. Independent Senator Rónán Mullen gave a stirring speech from the floor of the Seanad.

In spite of the apparent strength of the abortion movement in Ireland, Mullen envisioned a pro-life reawakening.

“Once more we will see stirrings of idealism and a new generation will return and will demand a return to solidarity,” he said.