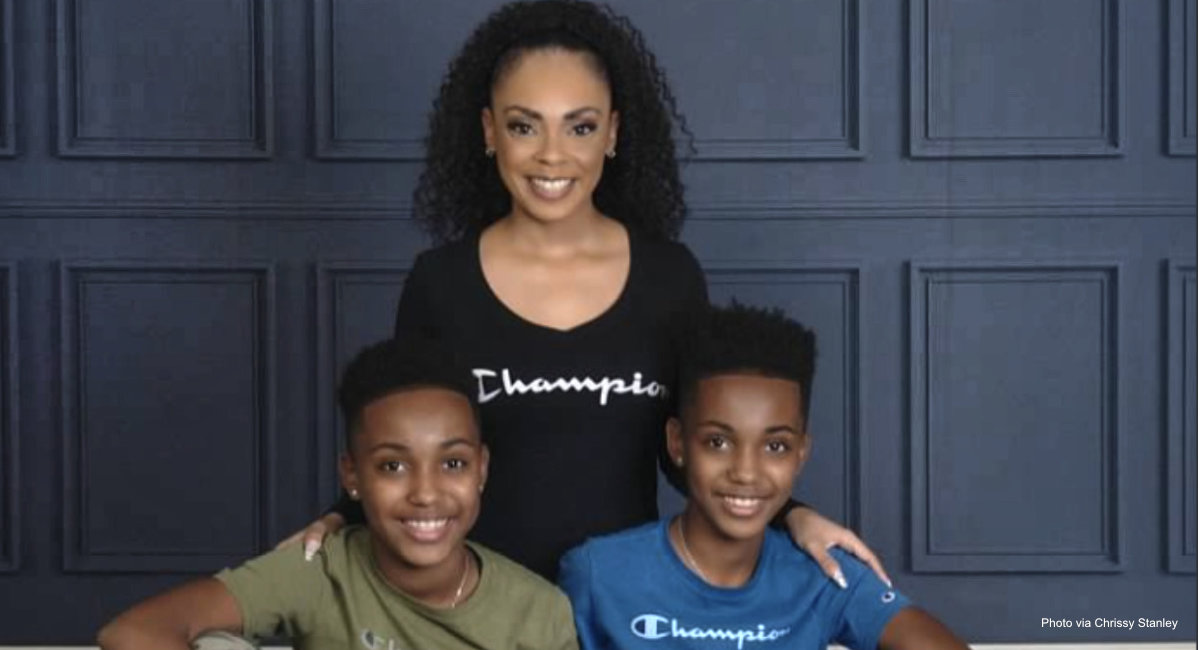 A young woman in her early 20s, Christine “Crissy” Stanley’s life was about having fun hanging out with friends and engaging in a secret relationship with a co-worker whose religious doctrine diverged from her devout Christian beliefs, causing strife between the couple. The troubled alliance ended at the time Stanley discovered she was pregnant.

Stanley told Live Action News, “I was stunned and embarrassed that I had made such a huge mistake in the heat of the moment. I realized I wasn’t young and fun; I was young and dumb. Now, a life was in my hands. It was a difficult time, and I was so ashamed, I didn’t want anyone to know.”

Struggling financially, Stanley felt ill-prepared to meet the challenges of single motherhood. Vulnerable, with nowhere to turn, Stanley caved to her boyfriend’s pressure to have an abortion. She found herself in an abortion facility late one night awaiting the procedure that would end her baby’s life.

“The excruciating pain from the procedure is forever seared into my memory,” Stanley said. “The sharp, shooting cramps would last for days and I would wake up at night screaming the most unpleasant, ear-piercing screams I’ve ever howled. It was undoubtedly the most intense, indescribable, and heart-wrenching experience of my life. I kept the abortion a secret for a long time.”

In a follow-up exam, Stanley was informed her uterus was irreparably damaged from a botched abortion. She would never be able to sustain a pregnancy without life-threatening risk to her or her child. Devastated, Stanley sought a second opinion with the same result.

Stanley said, “I was heartbroken that I would never get the chance to become a mother. Feelings of embarrassment, anger, frustration, and failure overwhelmed me. I believed I had ruined my life by the choices I had made.”

A Second Chance at Motherhood

Wanting a fresh start, Stanley relocated to Kentucky and started attending classes at a local college. A young man she’d been casually dating soon followed her and their relationship blossomed. It wasn’t long before Stanley learned, to her surprise, that she was pregnant again.

“It was the end of the flu season, and I was feeling nauseated almost every day,” Stanley said. “I thought the bug had finally gotten ahold of me but when a professor pulled me aside and suggested I might be pregnant, I thought it couldn’t be so. A home pregnancy test confirmed I was indeed expecting. I was so excited I started crying.”

When she shared the news with her boyfriend, he was less enthusiastic. Seeing her tears and assuming she was upset, he assured her she could have an abortion, then once she finished school, they would consider starting a family. Stanley wasn’t about to give up a second chance at motherhood and insisted she could still attain her goals, but her boyfriend was not swayed.

Stanley said, “We went to bed without speaking and I didn’t know what to do. Clearly, he did not want me to have the baby. In the morning, I booked an appointment at a pregnancy support center. There, a kindhearted woman provided me with some materials and a movie, ‘Bella’ and asked me to watch it.”

Moved by the story of a deep love that develops between two people because of an unborn child, Stanley felt comforted. Her boyfriend, however, was still angry she refused to abort their child.

READ: ‘Pieces of my child had been left inside of me’: Women tell of physical complications after abortion

When an ultrasound revealed she was having twin baby girls, Stanley was thrilled. But at 16 weeks, she started experiencing Braxton Hicks contractions, prompting doctors to put her on bed rest. The 98-pound young woman had gained 100 pounds by 21 weeks and her breathing became irregular as the expanding uterus pushed against her diaphragm. More complications would come — including preeclampsia, kidney failure, and heart failure threatening her life.

“It was the happiest yet scariest time of my life,” Stanley said, “Feeling terrible one day, I had to walk to the hospital because our car had broken down. I was rushed into the exam room where I discovered I was in pre-term labor, having contractions every 10 minutes. The hospital was small with no means to address my medical issues, so I was soon transported to a specialty hospital in Ohio that had a level III NICU.”

Stanley was administered an IV with terbutaline to slow the contractions, but the treatment was unsuccessful. Running out of time, the doctors tried magnesium sulfate to slow the labor, but Stanley experienced a severe allergic reaction to it.

Stanley said, “It was all so terrifying. I knew my heart and kidneys were failing and I couldn’t feel the girls moving because of their reaction to the magnesium. As I was being rushed into surgery for an emergency C-section, my mom looked me in the eyes and nodded as if to say, ‘trust in the Lord.’ At that moment I let go of the worry and my heart was calm. I knew I was in God’s hands.”

After their birth, the “miracle babies,” whom Stanley named Millie Marie and Bella Lorraine, remained in the hospital for six weeks where Millie received a blood transfusion. Unable to produce much breast milk, Stanley relied on donor milk to feed her babies. Yet despite the difficulties, both Stanley and her girls survived without serious complications.

“Our healing can be described as nothing more than the hands of God,” Stanley said. “Being a single mother raising twins was not easy. We faced many adversities including lack of clothing and food, no vehicle and even went through a period of homelessness. But I’ve found that if God can get me to it, he can see me through it.”

Today, Millie and Bella are thriving and about to enter the sixth grade. They recently served as masters of ceremony for the Jacqueline Bradley & Clarence Otis Boys & Girls Club Grand Opening. Multi-talented, they enjoy participating in sports, singing, and dancing and attend their church’s youth group twice a week.

For Stanley, her journey inspired a mission of pro-life advocacy. She has partnered with Jason Jones, president of the Bella Hero Foundation, who has given her a platform to share her story, especially with teens and single mothers. She recently appeared in the 2020 documentary, “Divided Hearts of America,” in which Super Bowl champion and executive producer Benjamin Watson embarks on a journey to discover the truth about abortion.

“My hope is to reach more people with a God-centered, pro-life message,” Stanley said. “I am motivated more than ever to not only save the lives of precious preborn babies, but to offer support to women who have nowhere to turn.”