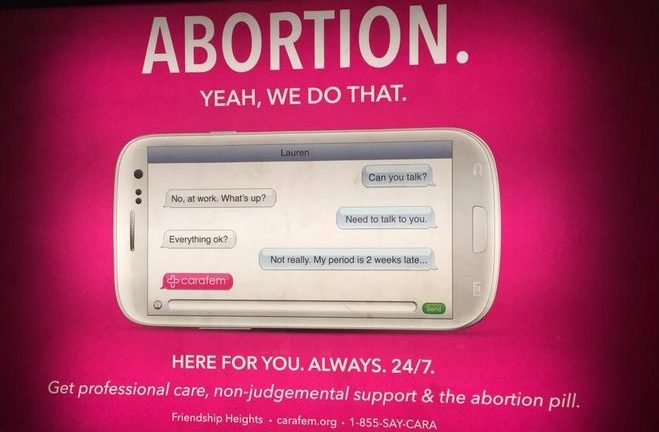 Carafem, the notorious abortion facility that bills itself as a “spa,” is opening a new location in Nashville, Tennessee. Carafem, which already has facilities in Washington, D.C., Atlanta, and Chicago, is known for its unapologetic stance on abortion and for claiming to offer a positive, relaxing atmosphere for women.

Last year, Nashville briefly had no abortion facility after Planned Parenthood stopped committing abortions at its Nashville facility. This led Carafem to decide that Nashville was a prime location for its business. “There have been more and more challenges to make sure women don’t have the option to get an abortion. We of course believe the choice is simple – it’s health care,” Melissa Grant, Carafem’s chief operating officer, said in an interview with The Associated Press. “We need to be there for them.”

After Planned Parenthood temporarily closed in Nashville, Carafem saw more women traveling to their Atlanta location. For now, they will be committing medication abortions only, although there is a possibility that surgical abortions could be next.

Mt. Juliet city officials, however, are already working to prevent that. A new ordinance was put into place requiring surgical abortion facilities to be located in industrial zoning districts, and Mayor Ed Hagerty also said that Carafem never filled out the proper paperwork to legally open. “The proper way to apply is coming to city hall, there are different forms they fill out. There are inspections they need to request, and then the inspectors go in and inspect and then issue a certificate of occupancy,” he said to News Channel 5 Nashville. “None of that was done.” A stop work order can be issued if these issues are not corrected.

Carafem has not been secretive about its goal: to normalize abortion. Their tagline is “Abortion. Yeah, we do that.” Their facilities are decorated with hardwood floors and plush furniture, and they provide women with comfortable robes and warm tea, trying to make it more of a spa-like atmosphere and less like a medical facility. Interestingly, it seems that women who visit Carafem have less than positive experiences in Atlanta and Washington, D.C., with women complaining of being unable to make appointments, and feeling cheated out of money.

The reality is, it does not matter how glamorous or upscale Carafem makes its office appear; it is merely window dressing to disguise the truth. While the company is upfront about the fact that it is an abortion facility, the actual practice of abortion itself, and what that means, is kept much quieter. Women experiencing unplanned pregnancies are often desperate and scared, and think they have no other choice but to have an abortion. Carafem, and facilities like it, don’t bother to help inform, educate, or empower women to know all of the options they have, nor do they tell them just how bad the abortion experience can be, nor do they support them if they’re suffering afterwards. It doesn’t matter how pretty an abortion facility looks; it’s still a practice that deals in death, and there’s nothing positive about it.