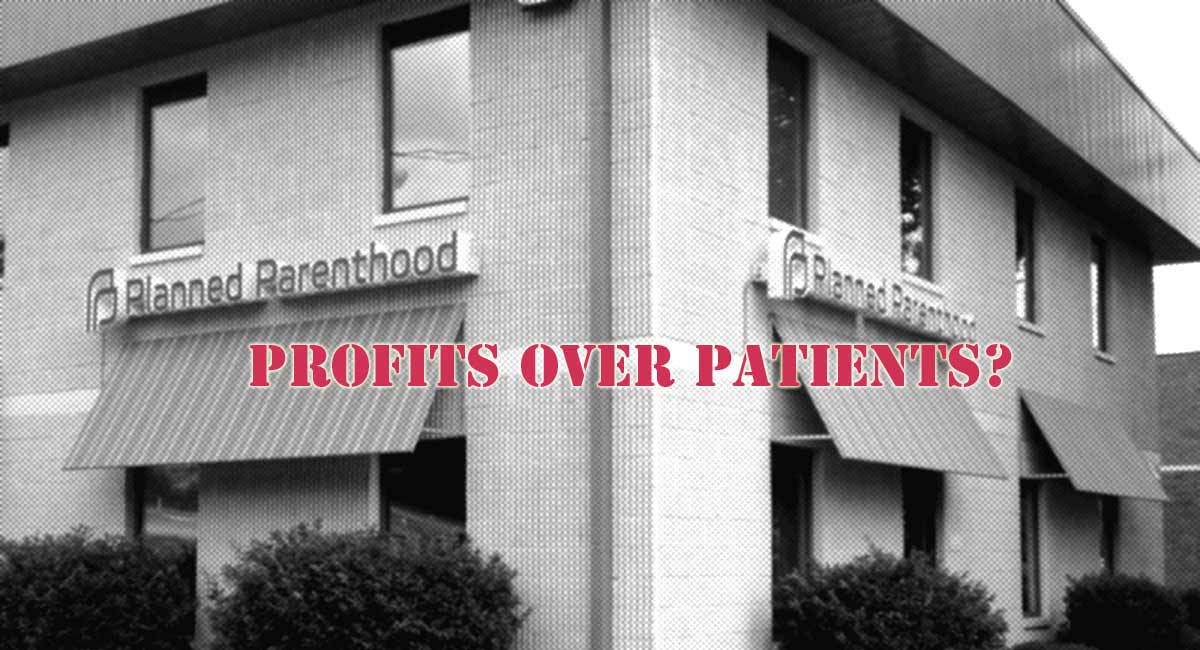 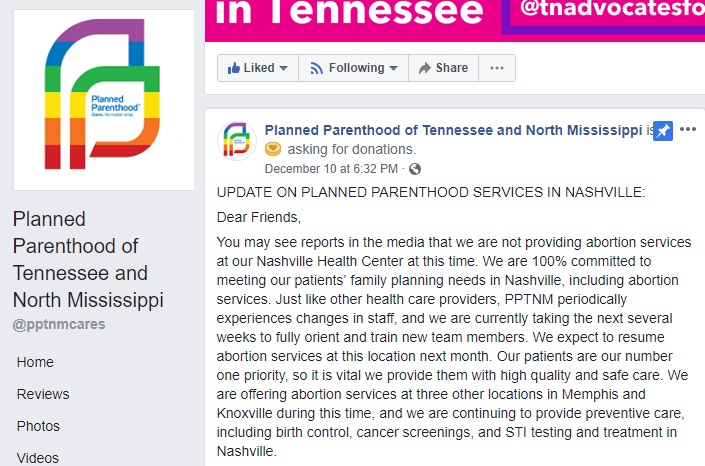 Planned Parenthood spokesperson Tereva Parham, told media outlets, “[W]e’re undergoing a period of quality improvement.” However, the alleged “quality improvement” seemed to only apply to abortions and not other services.  “It is just our abortion services that are temporarily being halted in Nashville,” Parham told NashvilleScene.com. 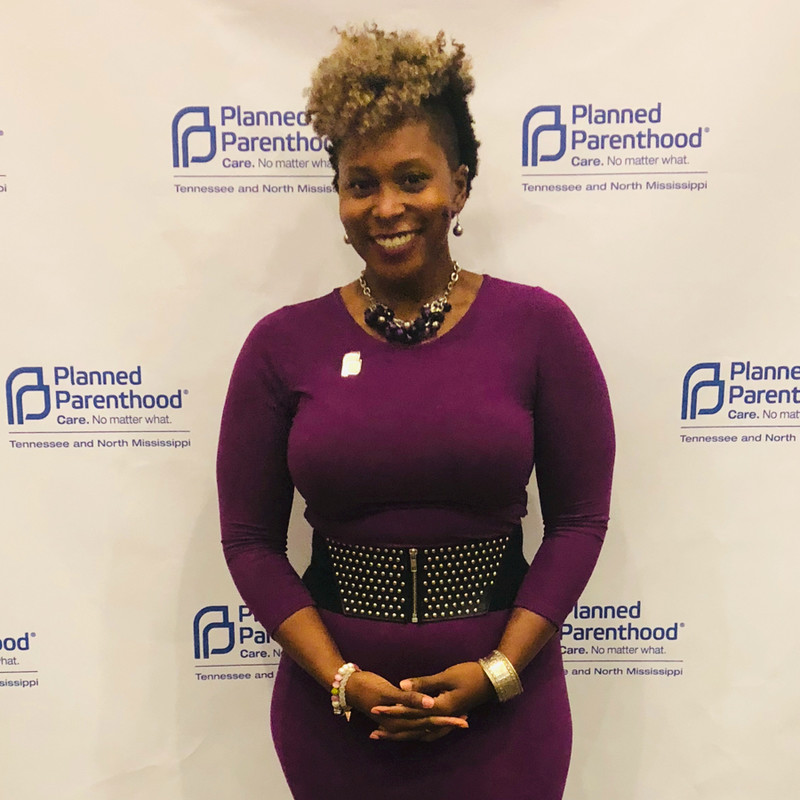 Curious about the suspension, journalists at the Nashville Scene reached out to four Planned Parenthood staffers, who reportedly spoke “under the condition of anonymity due to fear of facing retaliation.” They claimed the alleged “quality improvement” was a “euphemism for replacing employees who pushed back on troublesome policy changes with new ones who will be more compliant.” This claim appears valid, as a follow-up email sent by the Scene to Parham received the reply, “Be advised, Tereva Parham is no longer employed at Planned Parenthood of Tennessee and North Mississippi.”

In speaking with Planned Parenthood staffers, the Scene discovered that “Nashville outpost’s affiliate had been in dire financial straits” for some time, and that “the merger kicked off a series of changes that Nashville staffers say interfered with their mission as they saw it.” Specifically, the Scene learned that money was driving the abortion center. The report states there were “[a] number of recent policy changes at the clinic that they perceived as being designed to prioritize money over patients.”

“It felt like everything they did was money-motivated, not motivated by [concern for] the patient,” one staffer told the Scene. 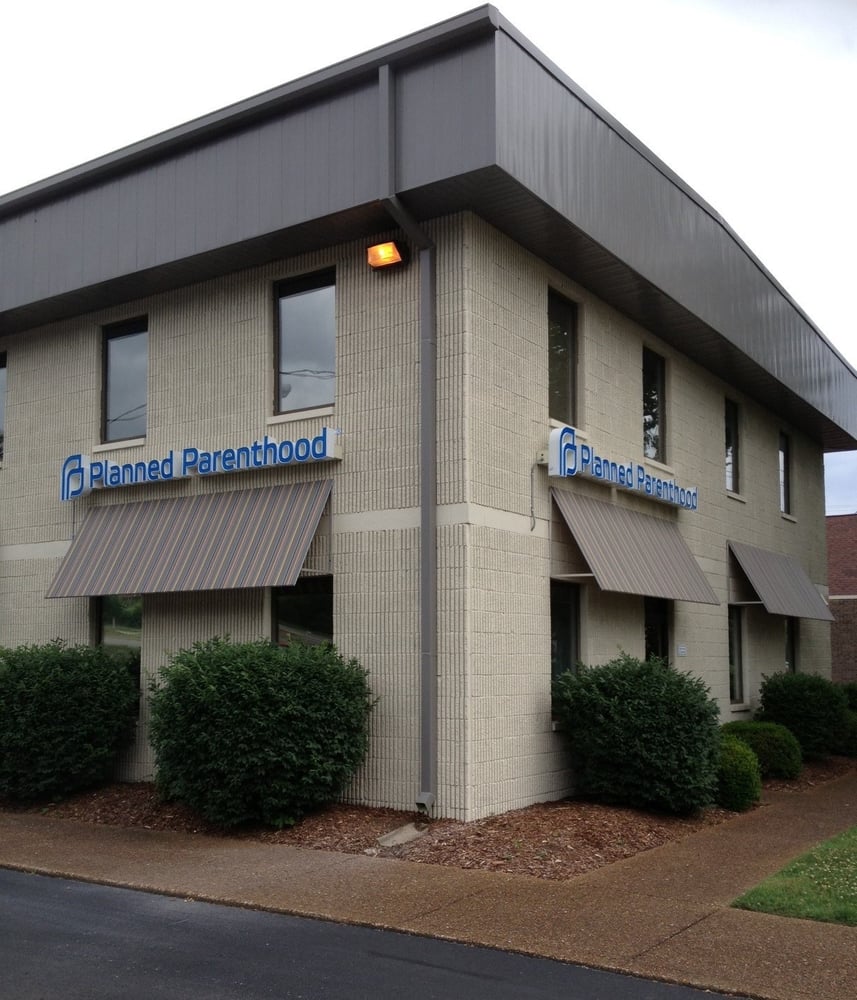 Staffers accused the abortion corporation of canceling loan programs for patients. According to the Scene, “Staffers say this led patients to delay their appointments to come up with money and thus, in some cases, have abortions later in their pregnancies….” According to the report, Planned Parenthood was “rushing women into an abortion” and staffers were told to charge abortion patients for previously included IV sedation, forcing some abortion patients to go without the medication.

“I didn’t trust them to hire anyone who cared,” one staff member stated.

But it gets worse.

The Scene was told that “New management stopped providing doctors with sterile gloves and, staffers say, wanted to use small plastic drinking cups for urine samples.” As a result, “Doctors and health care assistants started leaving. During one three-week stretch not long ago, three doctors left the clinic.” But despite these abuses, “Some doctors and staff were willing to stay on providing abortion services, even if it was on a part-time basis….”

Other media outlets blamed the discontinuation of abortion at the facility on pro-lifers, the Scene dug deeper and exposed that the real reason was internal dysfunction at Planned Parenthood. 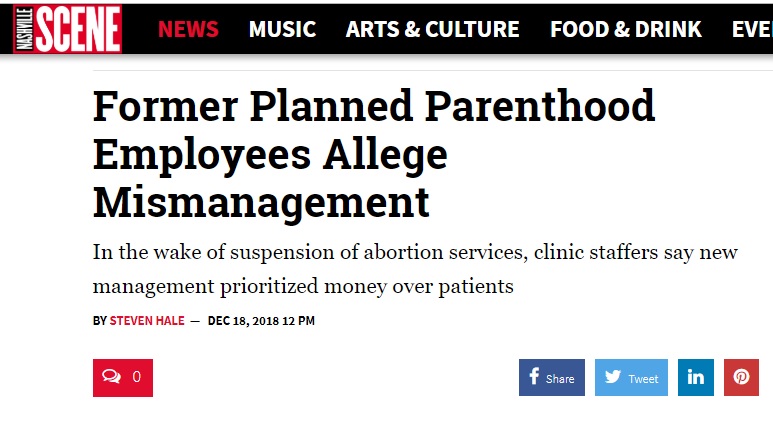 Eyewitness accusations of abuses or mismanagement at the abortion corporation are not new.

READ: Health services down, abortion and profits up: Why Planned Parenthood shouldn’t get taxpayer funding

Below are a few examples:

Planned Parenthood of Delaware staffers claimed that their facility was similar to one operated by Kermit Gosnell, and say their complaints to leadership about mistreatment of abortion patients and the abortionist’s sexually abusive conduct were ignored. A Philadelphia ABC6 report noted:

Another former employee, Joyce Vasikonis, told Action News, “They were using instruments on patients that were not sterile.”

The former nurses claim that a rush to get patients in and out left operating tables soiled and unclean.

Werbrich said, “It’s not washed down, it’s not even cleaned off. It has bloody drainage on it.”

“They could be at risk of getting hepatitis, even AIDS,” added Vasikonis.

Both of these nurses said they quit to protect their own medical licenses, stunned by what they called a meat-market style of assembly-line abortions.

Despite continued accusations of mismanagement, Congress continues to force the taxpayers to fund this abortion corporation to the tune of half a billion dollars per year.