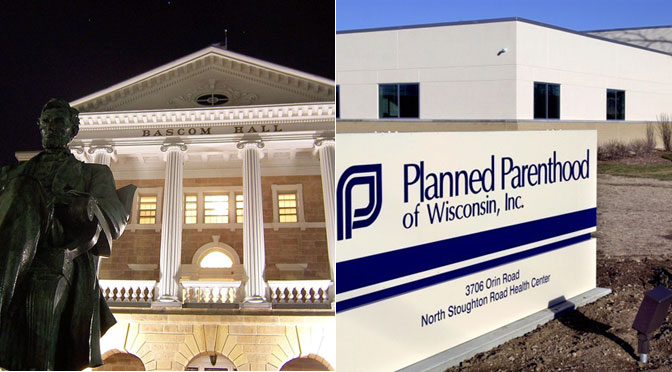 Alliance Defending Freedom has uncovered documents proving that despite the claims of both Planned Parenthood and the University of Wisconsin-Madison, the university did in fact obtain aborted fetal body parts of up to 18 weeks gestational age from the abortion giant “which were used in medical research that resulted in published studies on fetal hearts and fetal brains in 2014.”

In a press release, ADF writes:

In a Jan. 14 news release, Planned Parenthood Advocates of Wisconsin claimed, “Planned Parenthood of Wisconsin does not offer fetal tissue donation for patients…,” confirming what The Milwaukee Journal Sentinel reported in October of last year: “The group has said only a handful of its clinics, and none in Wisconsin, are involved in the donations.” Likewise, Marsha Mailick, vice chancellor for research and graduate education at UW-Madison, said in August of last year that Planned Parenthood is not among the organizations that supply aborted babies to the university.

According to one of the published studies, UW researchers obtained hearts and brains from babies aborted “between 10 and 18 weeks of gestational age” within five minutes of the procedure. “After the procedure, the heart was grasped with sterilized surgical instruments and carefully isolated from the rest of the thoracic content to be placed in RNAse-free plastic tubes. Fetal brain was also collected in the same fashion.” The documents ADF obtained prove the university obtained the hearts and brains from Planned Parenthood.

ADF states that the Wisconsin Senate passed a bill last week that would “significantly restrict tax funding for Planned Parenthood” if signed into law. A bill to ban research on recently aborted babies at the University of Wisconsin is also being considered.

In light of the information contained in the documents, ADF’s senior counsel Matt Bowman reiterated Planned Parenthood’s dishonesty when it comes to its own business practices, saying, “Both Planned Parenthood of Wisconsin and UW-Madison publicly denied they had any arrangement to supply baby parts from women undergoing abortion to researchers conducting gruesome experiments, but the documents we obtained prove they were not telling the truth.”