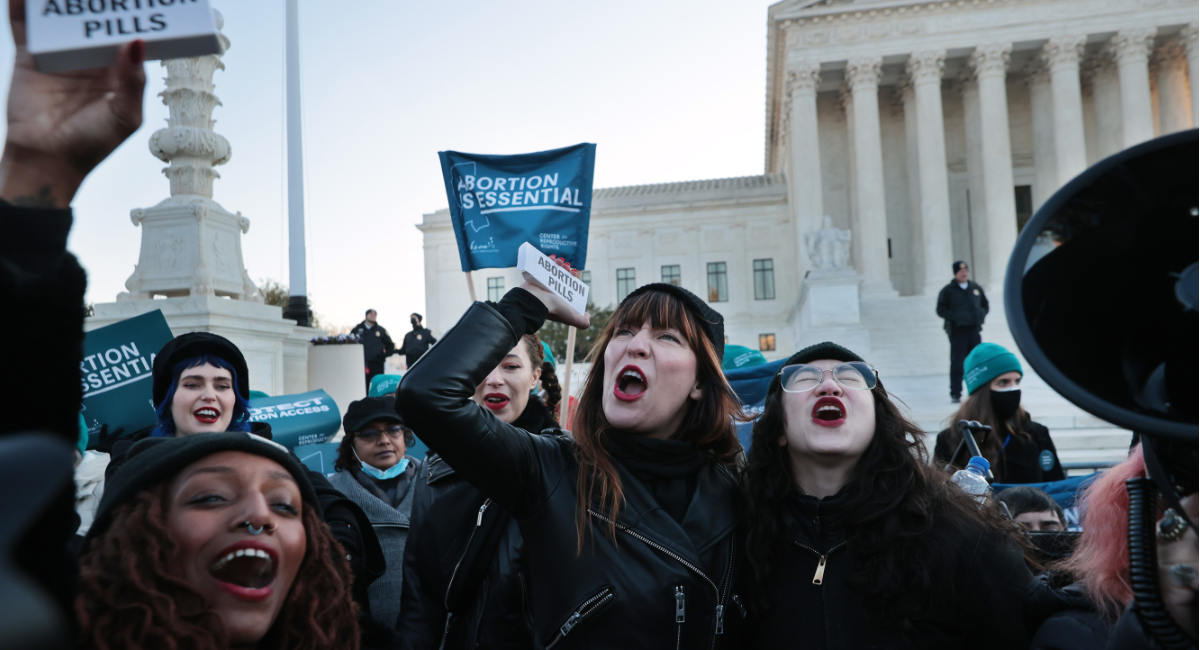 In the wake of the Supreme Court arguments for Dobbs v. Jackson Women’s Health Organization on December 1, pro-abortion activists have come out swinging with a number of outlandish claims of what might happen should the Supreme Court make the decision to overturn Roe v Wade.

Here are three of their claims — and why they’re nothing but ridiculous.

Claim #1: Once abortion is overturned, women will lose their autonomy

In a recent Washington Post op-ed, Alexandra Petri ponders the loss of her autonomy that she feels is sure to come if Roe is overturned. Writing in the third person, Petri says, “But when the court’s clock struck, her run would in all likelihood begin to end. She would stop being a person with autonomy over her own body that the law was bound to respect. She would go back to being a vessel that might potentially contain a person, a vessel whose rights ended once that possibility was considered.”

An end to legalized abortion would not take away a mother’s autonomy or personhood as this hyperbolic comment claims; it would simply stop her from ending the separate and distinct life of her child, who is currently not treated as a person with rights.

Abortion supporters often make the claim that pro-lifers pass the laws that they do because they want to control women’s bodies. But the fight against abortion isn’t a fight against women; it’s simply a fight for preborn human beings’ right to life. No one in society today would approve of a stressed-out mother killing her toddler because she wants more freedom in her life. The pro-life movement simply takes that sentiment and applies it consistently to children who reside in the womb and who are just as human.

As science shows us, the child within the womb is not potential life — she is her own distinct and unique living person, with a heart that beats as early as three weeks after fertilization. The pro-life movement wants to protect that life, while also offering support and care for women and families.

In a bizarre MSNBC segment, pro-abortion guests made the claim that supporting pro-life laws is like supporting segregation.

Former New York City mayoral candidate Maya Wiley appeared on the panel with the claim that since Mississippi fought against segregation in the past, its current abortion restrictions are fundamentally unsound and should be overturned. She said:

Host Jose Diaz-Balart and another member of the panel, former Obama solicitor general Neal Katyal claimed that those who disagree with abortion are similar to segregationists. Katyal said he found it offensive when, during the Supreme Court arguments, Mississippi’s solicitor general Scott Stewart referenced Brown v. Board of Education as an example that faulty Supreme Court rulings could be overturned. Brown v. Board of Education effectively unraveled segregation and said it was an issue that could not be left up to a majority vote. Because Justice Kavanaugh suggested that maybe abortion was an issue that should be left up to the legislature to sort out instead of the Court, Katyal and Diaz-Balart likened his view to support of segregation.

Of course, this kind of logic doesn’t get very far. Being pro-life — fighting for the equal rights of children in the womb — has absolutely nothing to do with segregation, which clearly favored the rights of some people over others. Favoring some rights over others aligns more with pro-abortion ideals, which encourage laws allowing certain human beings to be killed by abortion. In advocating for its state’s abortion restrictions, Mississippi is not fighting against fundamental rights but for the equal rights and protection of the preborn.

Claim #3: Once abortion is outlawed, more non-white babies will be born

This claim isn’t outrageous — it’s absolutely true — but what is outrageous is that writer Noah Smith attempted to use this statement as a “gotcha” for the pro-life movement. Since he so clearly misunderstood what pro-lifers are about, he failed miserably.

In a tweet on December 1, Smith wrote, “OK, who’s going to be the first to let conservatives know that since people of color are disproportionately high users of abortion, banning abortion will hasten the ‘Great Replacement’.”

What Smith perhaps doesn’t realize is that the pro-life movement has been sounding the alarm for decades about the disproportionately high rates at which Black and minority preborn children are aborted. The pro-life movement knows that Planned Parenthood’s founder Margaret Sanger was a staunch eugenicist who promoted abortion heavily among minority groups. This is something that many abortion supporters may not know, but its effects are lasting: today, Black women have 36% of all abortions in the U.S., even though the Black community comprises just 12% of the country’s population.

Smith’s tweet essentially stereotypes all pro-lifers as racists who should somehow be worried that there may be more minorities should abortion be overturned. But the evidence points to the opposite — pro-lifers have been fighting for decades to stop the high rates of minority abortions which are perpetuated by Planned Parenthood and other abortion advocates.

While the overturn of Roe v. Wade would do much to protect preborn lives, these responses to the Supreme Court hearing show that the fight is far from over. There is still much work to do to change the hearts and minds of a culture that disregards the humanity of the preborn and views the fight for the fundamental right to life as an extreme idea.