In the wake of the Texas Heartbeat Act — which prohibits abortion after a fetal heartbeat is detected, around six weeks gestation — there has been swift and significant backlash against the law. Abortion proponents have done much to try and dismantle the legislation, claiming that it’s an assault on the rights of women. While these abortion advocates are quick to point out the hardship that the law is on women, they’re willfully ignoring and even dismissing the other side of the equation — the undeniable humanity of the preborn child.

While people once believed that a preborn child was nothing more than a blob of cells, scientific advancements have given us a much clearer idea of what’s really happening within the womb. But while knowledge and understanding have advanced, the pro-abortion message hasn’t kept up with the times. In fact, abortion proponents have been quick to deny that the preborn child even has a detectable heartbeat by six weeks (though science shows the heart begins beating three weeks after fertilization).

Fortunately, science tells a different story. The Charlotte Lozier Institute (CLI), an organization with more than 60 credentialed scientists, scholars, practicing physicians, statisticians, and other academics, has been studying the science of life in the womb for more than 10 years. In a recent statement, they’ve shed some light on the facts of life in the womb surrounding the heartbeat.

Here’s what CLI has to say:

“While some people falsely claim that a preborn baby at 6 weeks’ gestation is just a clump of cells, science demonstrates the baby is already a complex human being,” said Dr. Tara Sander Lee, senior fellow and director of life sciences at CLI. “A preborn baby’s heart is actively beating at 6 weeks and will have already beat nearly 16 million times by 15 weeks.  In fact, at 6 weeks’ gestation, the baby’s heart rate is about 98 beats per minute, which can be easily detected by ultrasound.”

The Endowment for Human Development (EHD), a nonprofit organization dedicated to improving health science education and public health, verifies Dr. Sandar Lee’s claims. According to EHD, “Only 3 weeks and 1 day after fertilization – the heart begins to beat. By 4 weeks, the heart typically beats between 105 and 121 times per minute.”

The heartbeat isn’t the only thing happening to the preborn child at six weeks gestation. EHD says that at this point, the digestive system is already developing, while the upper and lower limb buds are forming, which later further develop into arms and legs. The amniotic sac is also forming to provide protection for the preborn child. 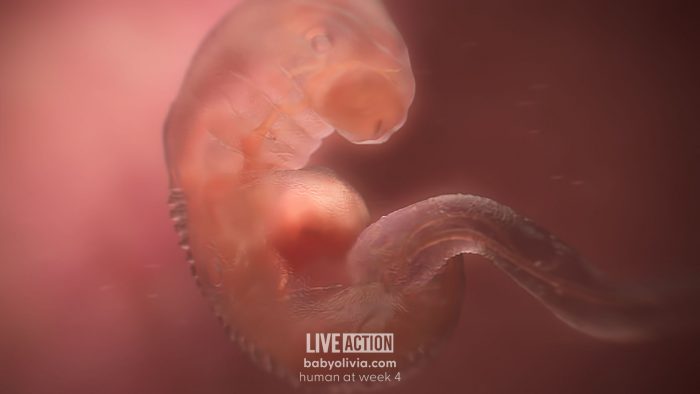 While abortion advocates will do much to try and discredit the Texas Heartbeat Act, the facts show that each child in the womb is a complex and wonderfully made individual, even from the earliest weeks.

“Science highlights what the abortion industry tries to hide. Even at 6 weeks’ gestation, these little boys and little girls are amazingly complex human beings with a beating heart. A heart that beats like yours and mine,” said CLI president Charles A. Donovan. “Don’t lose sight of the unmistakable humanity of these kids amid legal debates and contrived distractions. Protecting an unborn child with a heartbeat tests whether we have a heart, too.”