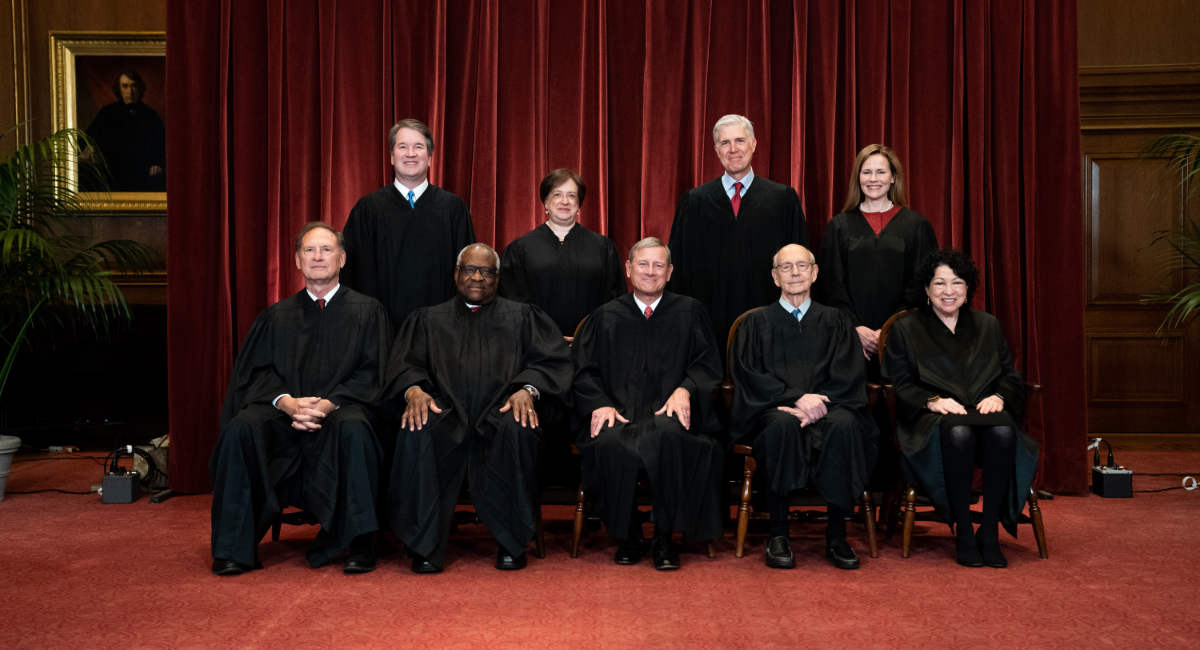 On Wednesday, the U.S. Supreme Court heard oral arguments in Dobbs v. Jackson Women’s Health Organization, the case the centers around Mississippi’s law restricting abortion to the first 15 weeks of pregnancy. While pro-life activists rallied outside, the justices asked multiple questions which signaled the possibility that at least some of them are seriously considering allowing the pro-life law to stand. Doing so would not criminalize abortion, but could upend the 1973 Roe v. Wade/Doe v. Bolton and 1992 Planned Parenthood v. Casey decisions that respectively legalized abortion until birth and prohibited states from restricting abortion prior to the arbitrary age of “viability”. So-called viability is believed to be at about 24 weeks, though babies born as young as 21 weeks have survived.

Chief Justice Roberts zeroed in on the issue at hand — “viability” — and whether states have the right to restrict abortion prior to this subjective point in pregnancy. As abortionists have admitted, the term “viability” is used very loosely, with some claiming that certain babies are never viable.

“Viability, it seems to me, has nothing to do with choice,” said Roberts. “But if it really is an issue about choice, why is 15 weeks not enough time? That’s not a dramatic departure from viability.”

Children born as young as 21 weeks have survived outside the womb, and 15 weeks falls just six weeks prior to that. But the truth is that every preborn child is viable when left alone to grow and develop in the natural environment of her mother’s womb.

Julie Rikelman, Senior Director for the Center for Reproductive Rights and the attorney representing the sole abortion facility in Mississippi (Jackson Women’s Health Organization), told Roberts, “The state has conceded that some women will not be able to obtain an abortion before 15 weeks and this law will bar them from doing so.”

Which women is Rikelman speaking of? The law allows exceptions for a risk to the mother’s health and for preborn babies who receive a life-threatening diagnosis. Though there are serious flaws with these unnecessary exceptions (see here and here), these exceptions do exist in the law — which means that Rikelman is speaking of women whose children have either received a non-life-threatening diagnosis, or of women who were unaware of their pregnancies (or in denial) until after 15 weeks.

Justice Thomas pointed out that there is no right to abortion to be found in the Constitution. It doesn’t exist. No one has the right to kill another innocent human being for any reason.

“Would you specifically tell me, specifically state, what the right is? Is it specifically abortion? Is it liberty? Is it autonomy? Is it privacy?” asked Justice Thomas.

Justice Alito pointed out that the line of viability is “arbitrary.”

“If a woman wants to be free of the burdens of pregnancy, that interest does not disappear the moment the viability line is crossed,” he said, adding, “The fetus has an interest in having a life, and that doesn’t change from the point before viability and after viability.”

This “arbitrary” point of viability isn’t a moment science points to as the beginning of life. Scientists and doctors have repeatedly stated that life begins at the moment of fertilization. Labeling a human being as “viable” or “non-viable” does not change their humanity or the fact that they are humans worthy of life and deserving of protection.

“The Constitution is neither pro-life nor pro-choice on abortion. If we think that the prior precedents are seriously wrong, why don’t we return to neutrality?” Justice Kavanaugh asked. He seemed to point to the notion that the states have the right to determine whether or not abortion will be legal within their borders and are allowed to determine what, if any, restrictions they want to place on abortion. However, in penning the Constitution, the founding fathers did not mean to say that individual states had the right to choose to destroy innocent human beings before birth. Not mentioning abortion did not mean they supported it. The Constitution protects life, but even if it didn’t, it would still be worth fighting for.

“When you have those two interests [mother and child] at stake, and both are important, as you acknowledge…why should this court be the arbiter rather than Congress, the state legislatures, state supreme courts, the people, being able to resolve this?” he said.

According to the pro-abortion Guttmacher Institute, 26 states — more than half — are either “certain or likely to ban abortion” if Roe v. Wade were to be overturned. These states do not want abortion within their borders. This is what abortionists are afraid of because it would mean less profit in their pockets.

Yet, state governments should not have the right to allow preborn human beings to be killed. The decision to outlaw or allow abortion shouldn’t be sent back to the states. Abortion should be outlawed at the federal level altogether.

Justice Coney Barrett focused a question on adoption and safe haven laws. Safe haven laws exist in all 50 states to allow parents to surrender babies at designated locations if they feel unable to parent. Parents can surrender a child, no questions asked.

“So it seems to me, seen in that light, both Roe and Casey emphasize the burdens of parenting, and insofar as you and many of your amici focus on the ways in which forced parenting, forced motherhood, would hinder women’s access to the workplace and to equal opportunities, it’s also focused on the consequences of parenting and the obligations of motherhood that flow from pregnancy,” said Coney Barrett.

“Why don’t the safe haven laws take care of that problem? It seems to me that it focuses the burden much more narrowly.”

While it remains to be seen how the court will rule in this case, these questions offer hope that the justices may stand in support of life and allow the Mississippi law to stand.

Editor’s Note 12/6/21: An update was made to this article regarding Justice Kavanaugh’s comments on the Constitution’s neutrality.