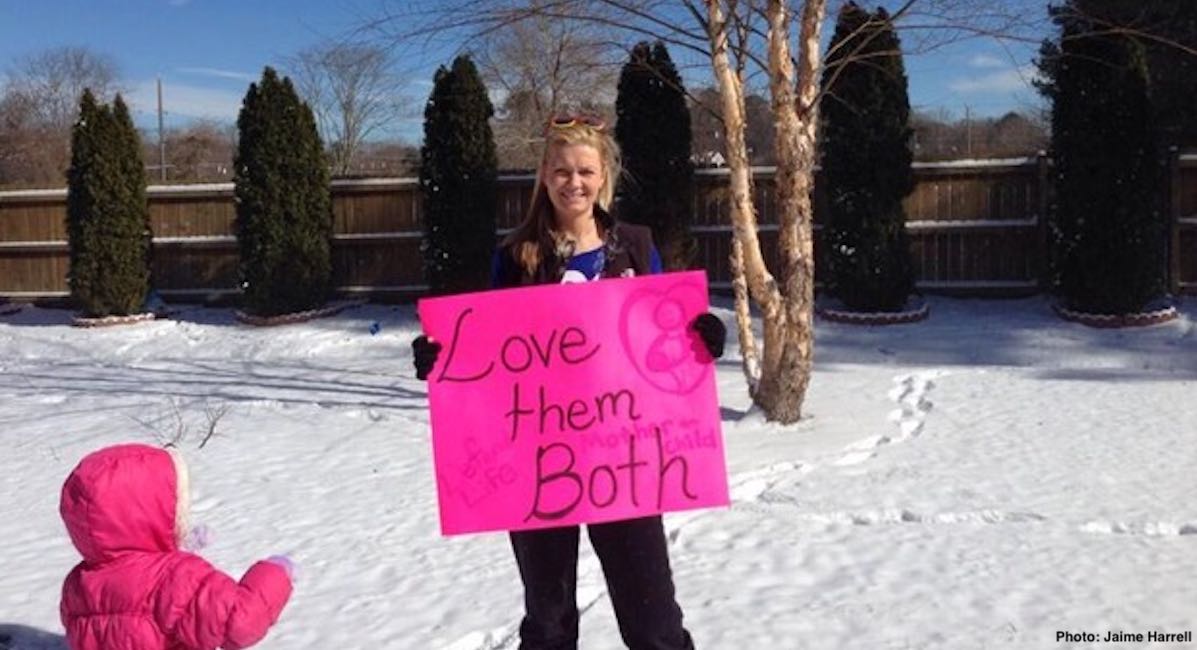 I have always considered myself pro-life and I credit that entirely to God. I know without the teachings of the Church, I could have made the unfortunate “choice” that so many young women in our world end up making. I know for many, abortion is not their choice, but something that is forced on them whether they are living in a place like China or in the United States. Since the sexual revolution, culture has pushed sex on young people. Yet when a young women faces an unintended pregnancy, society tells her the responsible and legal thing to do is to get rid of the problem by having an abortion.  Therefore, I would never think badly of a person who had an abortion.

I was about 12 years old when I first heard about abortion. At some point not long after, I had a dream in which I died and found myself in a waiting room outside of Heaven. There were cribs and playpens in this waiting room, as far as I could see, filled with babies who were all crying. As I stood there wondering why they were crying, someone suddenly appeared, standing next to me, and said, “They’re crying because they didn’t get a chance to live. They were aborted.” Over the years, I have thought about this dream many times.

READ: Former late-term abortion worker becomes pro-life: I ‘helped end the life of the most innocent. What’s worse than that?’

When I was 22 and attending school at Colorado State University, I was living according to the teachings of the culture, rather than the Church. It seemed like everyone was sexually active. One day I got a call from my good friend, Kelly, who had been my roommate freshman year. We hadn’t hung out in a while and it was good to chat and catch up. She had some surprising news for me — she was pregnant! Wow! I tried to reassure her that everything would be fine. She’s such a strong person. Towards the end of our conversation I confided that my period was a few days late… um… I’m just being paranoid, never mind!

The next week I called Kelly back. I had taken a pregnancy test. I was pregnant too.

I believe there was some divine intervention at work in that situation. I don’t believe it was by chance that we were roommates freshman year; I believe it was part of God’s plan. Even when we sin, God can bring about great blessings. It was such a blessing to go through this unplanned pregnancy with a good friend in the same situation. Sadly, some friends assumed I would have an abortion, and one person even suggested it. 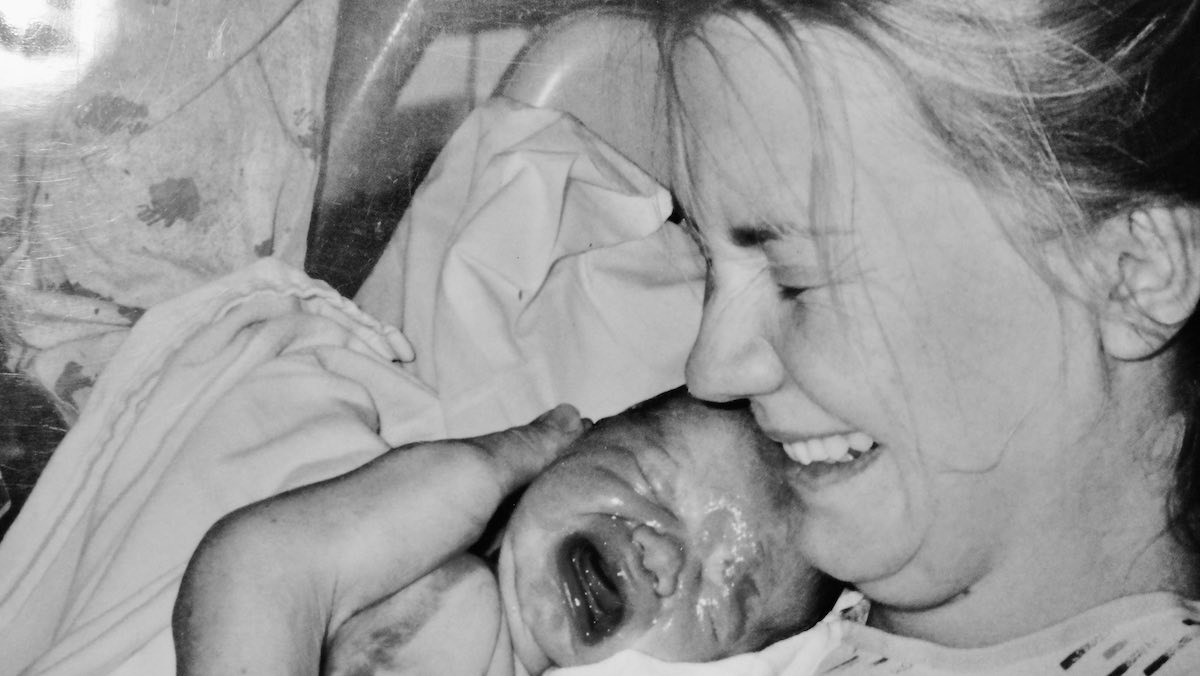 Kelly and I both became single moms with little support from the biological fathers of our babies. Her little boy was born just a few weeks before my daughter. The moment my daughter was born was the happiest moment of my life up to that point. Since then, she has brought unquantifiable joy to my life. She was born just six days before I started my final semester of college. I was so blessed to have family support during that time.

So how did I, with all my pro-life convictions, end up working for a medical practice that performed abortions?

After graduating with my bachelors degree, I moved back to my hometown and interviewed for a job at the local family practice doctor’s office. Upon interviewing for the pediatrician’s assistant job, it was disclosed to me that abortions were performed in the clinic. Immediately I said, “I can’t work here, then.” The interviewer told me to go home and discuss it with my parents, so I did, and concluded that I would take the job. I reasoned that we shouldn’t leave the medical field to people who are for abortion; perhaps I could be the pro-life voice in the office, and besides, I would be working with the pediatrician who didn’t do abortions.

However, working there, I saw some horrible things.

My first week, I was asked to go into the utility room and wash the medical instruments from the day. I opened the door and the sight and smell immediately overwhelmed me. There had been an abortion that day and the instruments were in the sink. I closed the door, my heart racing. My reaction didn’t go unnoticed, and the office RN assured me she would take care of washing those instruments from then on.

The family practice doctors that worked in our office would do well baby check-ups in the morning and then, in that same exam room, do abortions in the afternoon.

Occasionally, I would work with one of the other doctors when scheduling required. One day I was working with one of the family practice doctors and I brought a patient back to the exam room. The reason for the visit on her chart simply said “pregnancy,” so I asked if she was there to discuss prenatal care with the doctor. “No! I want an abortion!” she said with a tone of cold resolution.

Does any woman really want an abortion? I knew there would be no changing her mind, and if there had been, I sadly didn’t have the words at that moment.

Another young woman, probably around my age at the time, came in also seeking abortion. This patient however, didn’t really know what she wanted. Knowing I could get in trouble, I copied down her phone number and called her after work. I let her know that I had faced an unplanned pregnancy and that I was very happy I had my baby. I tried to assure her that everything would work out for her too if she just had faith, and said there were people that could help her. Unfortunately, two weeks later, when reviewing the schedule from the previous week, I saw she had aborted her baby. I was woefully discouraged.

Once, a teenager came into the office. I heard her screams as they confirmed what she must have already known. She was pregnant and very far along. She must have been in some form of denial. They sent her to a different facility in the state for a late-term abortion.

Our medical practice had another office where I would occasionally be sent when staffing was low. I was sitting at the nurses station entering vitals one day when one of the doctors came out of an exam room, bringing a little “show-and-tell” to the nurses station. It was a tiny, precious baby, about eight weeks gestation. This little one had come out still in the sac and still in one piece — which was probably why the doctor chose to share. In its tiny teardrop shaped sac, it was an amazing sight to behold, yet it felt like sick perversion to crowd around looking at the baby. I rushed to the bathroom. I heard the other medical assistants discussing it. “At least they did it early. The fetus wasn’t very developed,” they said. But it was a priceless human being, with a unique soul and set of DNA that will never be repeated again.

One of the OBGYNs that worked in both offices wore a cross around her neck as she saw patients. A patient once remarked to me as I took her vitals, “I’m glad Dr. J is a Christian.” I didn’t say anything. I knew Dr. J did abortions. I didn’t feel like the pro-life voice in the office. I felt like I was the witness or face of a lie.

I lived in a small community. Did people see me at church and then see me working there? Did I give them the wrong idea of what this place was about? I confided in our local priest. I thought he would be shocked about what I said. He wasn’t. I hoped he would spur me to action. He didn’t.

Eventually, after helping a patient who came in for a follow-up appointment to make sure she was no longer pregnant, I wondered to myself: What will I do if this pregnancy test is positive? Could I make myself report this little one’s presence to the executioner? The test was negative – no baby. I didn’t work there long after that. It had been draining on my spirit. 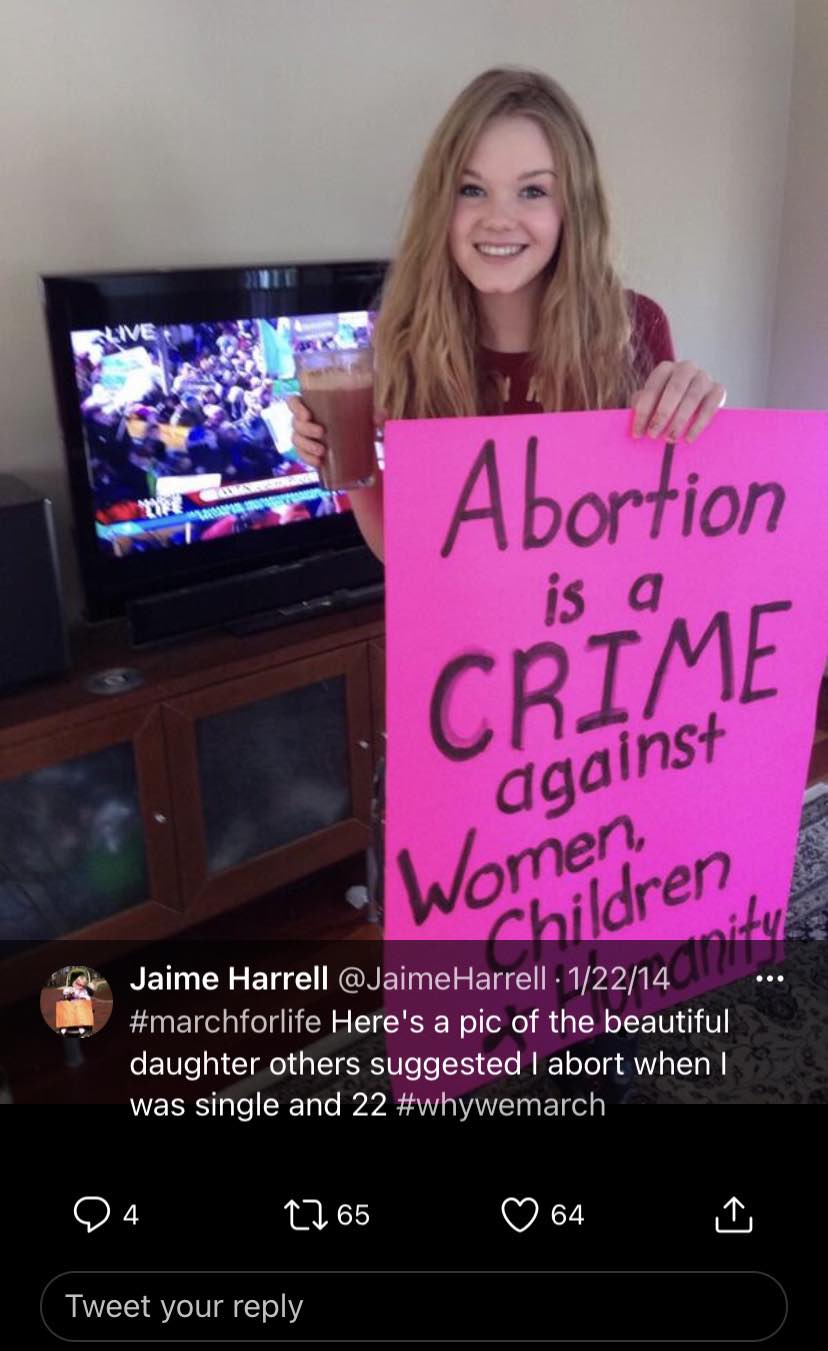 I moved to a different city, and upon interviewing for a new job, I made sure to confirm that they did not do abortions. Years later, I talked to another priest, who encouraged me to join the pro-life movement. Since then I have supported local pregnancy centers, attended the March for Life in D.C., and talked with friends and family about the pro-life cause. And thanks be to God, I’ve shared with others how much I don’t regret choosing life!