In 2005, Randy and Evelyn James became pregnant with their sixth child. Sadly, the pregnancy brought bad news: at an ultrasound, they discovered that their son had a diaphragmatic hernia which had prevented normal lung growth. He was not expected to survive long after being born, and her doctor advised Evelyn to have an abortion. Devastated, they turned to their parish priest, Father Stefan, who prayed frequently for them and helped them as the weeks went by. As their son’s condition got worse, doctors began pressuring the couple to have a late-term abortion. They not only refused, but vowed to create a pro-life organization in their son’s honor. On December 13th, their little boy was born. They named him Paul Stefan, baptized him, and held him for the 41 minutes he lived after birth.

Soon after their son died, the James family decided to start a home for unwed pregnant mothers. They created the Paul Stefan Foundation, through which they founded Paul Stefan Homes. The goal of these homes is to help bring about an end to abortion, through both prayer and by offering women facing a crisis pregnancy a home, as well as an opportunity to improve their lives. In the six years since opening their doors, they have served over 150 women and babies.

Their newest goal has been the Paul Stefan Regional Maternity Housing and Educational Center, a three story building able to house 25 pregnant women and their children. Their plan is to have a commercial kitchen, where residents can learn culinary skills, and the Jameses can help feed the hungry in their community. The home will also have a daycare center, library, craft room, chapel, classrooms, lounge and an exercise center. The first phase has been completed, with Phases II and III planned to be finished in 2017. They were anticipating opening this fall. 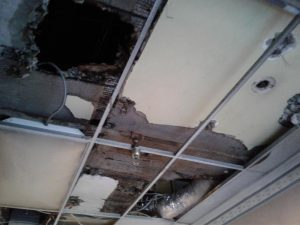 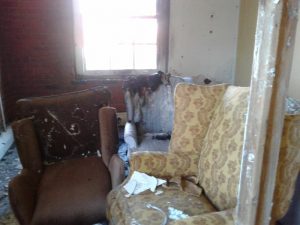 But all that changed after an arsonist targeted the center, lighting a devastating fire that caused significant damages. The James’ linked an e-mail on their Facebook page revealing that police are investigating the attack. The room where the fire started was found to have broken windows and rocks inside, and the center not only lost business equipment, but donated goods as well: furniture, baby clothes, mattresses, and more.

Contractors have already begun to repair the damage, removing baseboards, walls, and gridworks. The heating and air conditioning system was damaged in the fire as well, and the floors will have to be removed next. They have already planned a fundraiser to assist with the rebuilding process, which will take place on November 6th. The Jameses hope that they will be able get the damage repaired quickly, as winter will soon be here, and there are women who will need a place to stay.

Abortion advocates speak often of violence that perpetrated against abortion clinics, but the sad fact of the matter is, pro-life organizations are also victims of violence at the hands of pro-abortion extremists.

A maternity home for unwed pregnant mothers would seemingly be a cause that no one could find fault with, but someone appears to have been so infuriated about the Jameses’ pro-life beliefs that they felt driven to destroy.