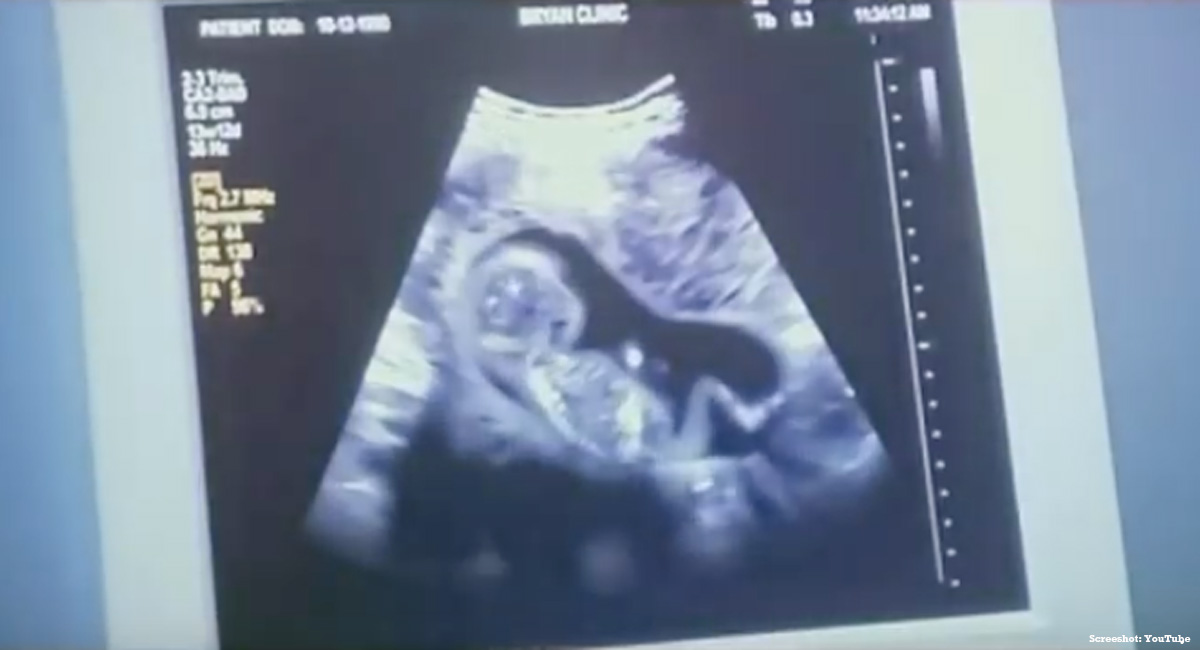 The movie “Unplanned” about former Planned Parenthood director Abby Johnson’s conversion to pro-life activist has been ruffling feathers in the abortion industry since before its March 29th release. While pro-abortion (and even some Christian) media refused to advertise the film, and Twitter suspended the movie’s account, the film shocked everyone opening weekend by bringing in more than $6 million. In response, abortion advocates like Reggie Ugwu from the New York Times have resorted to spreading lies about the film’s crucial, life-changing scene.

The “moment that changed everything” for Johnson was the one in which — after years as a Planned Parenthood volunteer and director as well as a post-abortive woman two times over — she witnessed a preborn child die in an abortion on an ultrasound screen. It is so horrific and heartbreaking to watch that abortion advocates are either in denial or fighting like mad to convince people it’s fake out of fear that it will hurt business or lead to a stronger pro-life movement.

Ugwu is doing just that.

“In that first scene […] Abby, played by [Ashley] Bratcher, witnesses an ultrasound-guided termination of a pregnancy at 13 weeks,” writes Ugwu. “The ultrasound, as depicted onscreen, shows a fetus with a discernible head, torso and limbs frantically squirming away from the doctor’s probe – an action that Abby later describes as ‘twisting and fight for its life’ – before being liquefied by suction.”

Turning to an abortionist from what Ugwu wrongly refers to as “the nonpartisan” American College of Obstetricians and Gynecologists (ACOG), Ugwu gets exactly what’s he’s looking for – someone to say that the ultrasound is inaccurate. But the ACOG is anything other than “nonpartisan” and has actually called abortion “a necessary component of women’s health care.” And Jennifer Villavicencio, a fellow with ACOG, has her career on the line when Ugwu asks her about the shocking ultrasound scene in “Unplanned.”

Ugwu admits that while Villavicencio commits “ultrasound-guided abortions” she  “has not seen the film.” Still, she comments on it saying that while a 13-week-old fetus has a visible head and body it would not be fighting for its life as Johnson claims.

“There is no neurological capability for awareness of danger – that part of the brain is simply not there yet,” she claims.

Villavicencio is, of course, wrong.

Below is an ultrasound video, including 4D imaging, of a preborn child at 13 weeks gestation. The preborn baby clearly has arms, hands, legs, feet, and a face. He is unmistakably human.

In addition to the obvious fact that a preborn child is a human being, research shows that this child has been able to feel pain since about eight weeks gestation. In fact, a study published in March 2017 found that preborn babies have a much more advanced nervous system than previously believed.

In addition, preborn children respond to touch as early as eight weeks gestation. And in the short documentary The Silent Scream, an ultrasound depicts an 11-week-old preborn child recoiling from abortion instruments.

“As early as eight to ten weeks after conception, and definitely by thirteen-and-a-half weeks, the unborn experiences organic pain,” said surgeon Robert P.N. Shearin. “First, the unborn child’s mouth, at eight weeks, then her hands at ten weeks, then her face, arms, and legs at eleven weeks become sensitive to touch. By thirteen-and-a-half weeks, she responds to pain at all levels of her nervous system in an integrated response which cannot be termed a mere reflex. She can now experience pain.”

Researchers have known for decades that preborn children will move away from abortion instruments and even amniocentesis needles, yet abortionists and pro-abortion groups continue to spread the lie that preborn babies are completely unaware of their surroundings. Now that researchers have learned in the last few years that preborn children can feel pain as early as eight weeks, it is shocking to see doctors lying that these tiny human beings aren’t aware of the pain being inflicted on them, merely to make killing these children more palatable.

It’s time to face the facts. Abortion is a brutal attack on an innocent human being and as technology advances, it is becoming impossible for anyone to deny that.