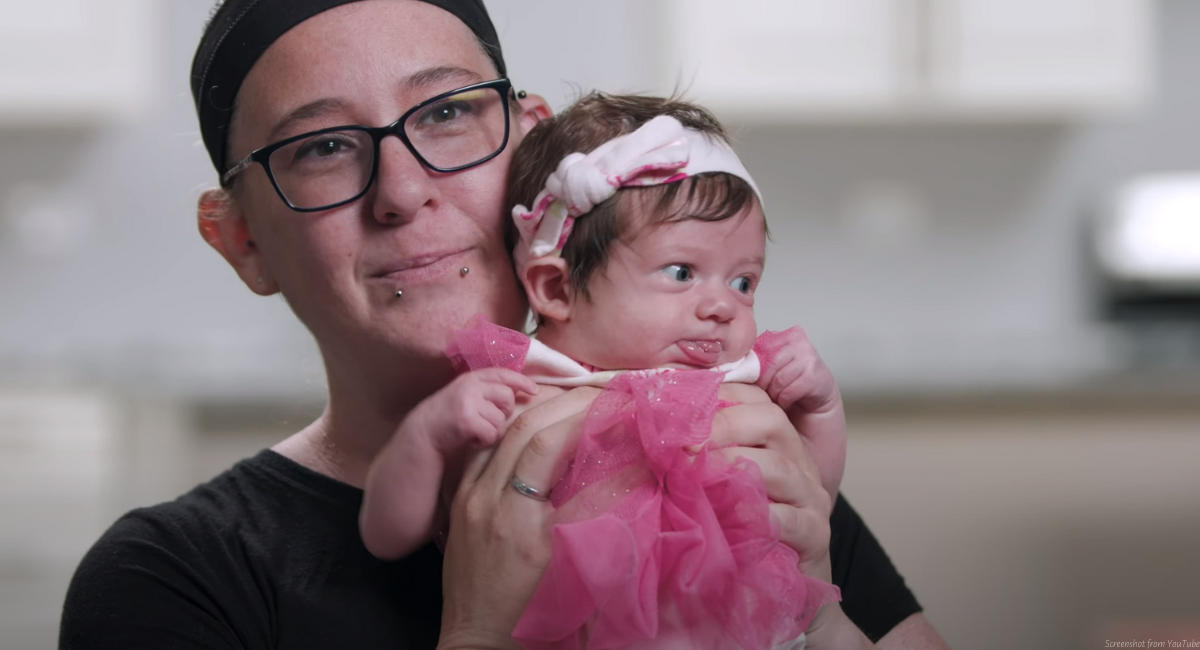 The abortion industry thrives on the idea that carrying an unexpected pregnancy to term necessarily causes the end of everything good in a woman’s life. Pregnancy resource centers across the country know better, understanding intimately how unexpected circumstances can lead to great gifts and unimaginable blessings. Recently, Shout My Story, whose mission is to counter the Shout Your Abortion narrative with profiles of women who chose life amidst difficult circumstances, featured a woman whose first child is 18 years older than her youngest.

But as this mom and her family found, “unexpected” doesn’t have to be a bad word.

“When I found out I was pregnant, it was very emotional,” Misty, the mom featured, said. “It wasn’t planned at all. I was using the mentality of ‘well, it hasn’t happened in six years. Maybe that’s it, we’re done. Maybe we’re not going to have any more.’” Both Misty and her boyfriend considered what a new baby would mean for their family, which includes her 18-year-old daughter, and 10- and six-year-old sons. Misty’s boyfriend is eight years older than she is, and he was thinking down the road about how old he would be when this child would graduate high school. For her part, Misty realized, “Eventually, I’ll have to stop working.”

Misty and her boyfriend weren’t the only ones rocked by the news. Misty’s daughter initially “was not happy with” her mother and “told me I was too old” to have a baby. Misty admitted, “Bringing a new little one in was just a little scary to everybody.”

READ: Mom says having another unexpected baby was “the best gift”

While Misty never mentioned considering abortion during her video testimony, she readily sought outside help to welcome the newest, and unexpected, member of the family into the world. She searched on the internet to find places she could go to get help. Southside Women’s Services pregnancy resource center, located in a Chicago suburb, came up in her search.

Misty was surprised when she received an ultrasound during her very first visit. “It really kind of hit me then,” she said. “OK, it’s true. There’s a baby in there.” Referencing her patient advocate, she said, “Josephine helped me. We prayed together. She asked me different questions of how I was feeling, if I needed help with different resources and finding a doctor, so it was great. Great experience.”

A few short months later, Misty and her boyfriend welcomed Remington Hope Lynn. “Holding her for the first time was like a rush. So much emotion was going through me with having her suddenly,” she said. “It was a rush. I cried. It was a good rush.”

At the time of filming, Remi was two months old. Misty smiled as she held her daughter, dressed in pink with a darling little hairbow. “It’s been a little crazy,” Misty said. “My 10- and six-year-old are still so enamored with her. They still are. I for sure thought it would go away by now. But they come and say ‘I have to give her a kiss before I go to school.’ It’s been a welcome addition.”

Misty referenced the shift in mindset she experienced with the support of the staff at Southside Women’s Center. From fear and trepidation, she gradually came to see, “God wouldn’t have given me this gift if He didn’t think I could handle it.”

Misty utilized a Southside program called Elevate throughout her pregnancy, and continues to benefit from it today. “Elevate will help you with diapers and clothes for the baby. Anything you could possibly think of for the baby, Elevate will help with that,” she said. “And I love that. Knowing that this program exists is great, and knowing that it doesn’t just go past pregnancy, it goes up into toddlerhood with a child, if you need it, is just fantastic.”

She also offered words of wisdom and encouragement for other moms adjusting to the reality of new life when they figured their childbearing years were behind them. “If you are in my position, if you’re older and you’re having a hard time deciding what is best for you, I’d say: trust God. God put the baby in there for a reason.” In Misty’s experience, her daughter has been “a blessing. She’s definitely brought everyone closer together.”