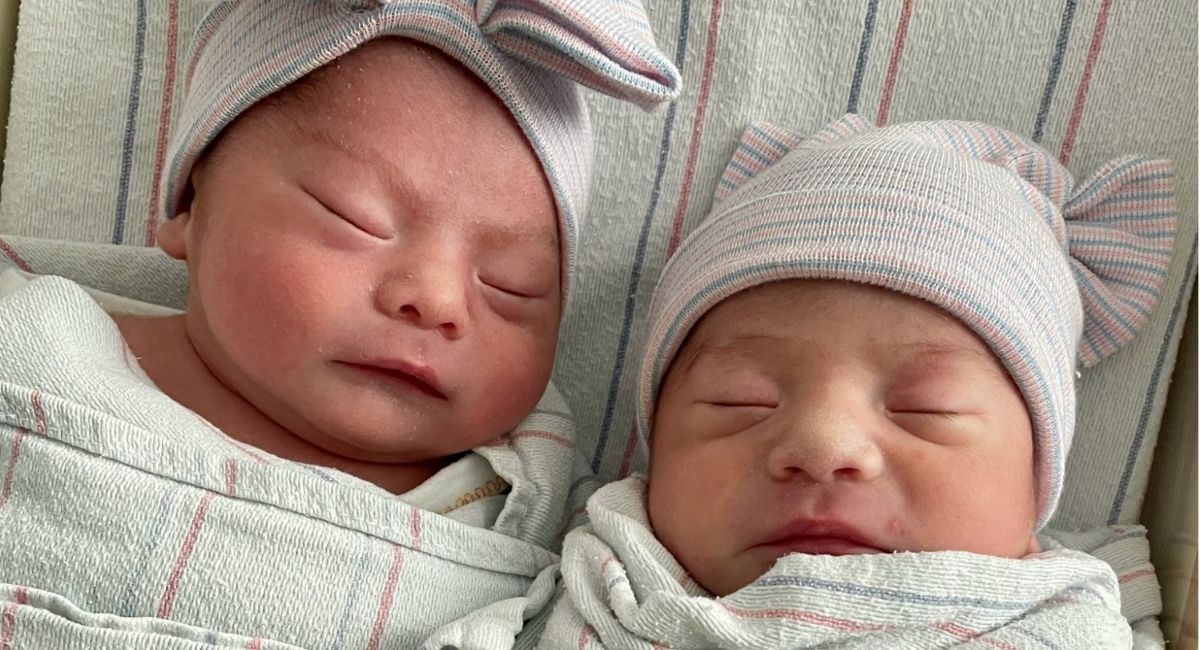 According to Fox 32, Aylin Yolanda and Alfredo Antonio Trujillo were born to Fatima Madrigal and Robert Trujillo at Natividad Medical Center in Salinas, California. Alfredo was born at 11:45 pm on December 31, 2021, but his twin sister Aylin wasn’t born until midnight on January 1, 2022, making her the first baby born in the county in 2022, and giving this rare set of twins a great birth story.

“It’s crazy to me that they are twins and have different birthdays,” their mother, Fatima Madrigal, said in a press release from the hospital. “I was surprised and happy that she arrived at midnight.”

Alfredo was born weighing six pounds, one ounce, and his sister Aylin was just a few ounces smaller at five pounds and 14 ounces.

The newborn twins have three older siblings at home — a boy and two girls — who are excited to meet them, especially the oldest, who is thrilled to finally have a brother as he already had two younger sisters. The doctor who delivered the babies said it was “an amazing way to start the New Year.”

“This was definitely one of the most memorable deliveries of my career,” said Dr. Ana Abril Arias, a family doctor at Natividad Medical Group, in a statement. “It was an absolute pleasure to help these little ones arrive here safely in 2021 and 2022.”

According to the U.S. Centers for Disease Control and Prevention (CDC), twins account for about 3% of all births in the U.S. each year, totaling about 120,200 twin births annually. But these thousands of twins are usually born on the same day. To have different birthdays is rare, but to be born in two different years is estimated to be about one in two million odds.