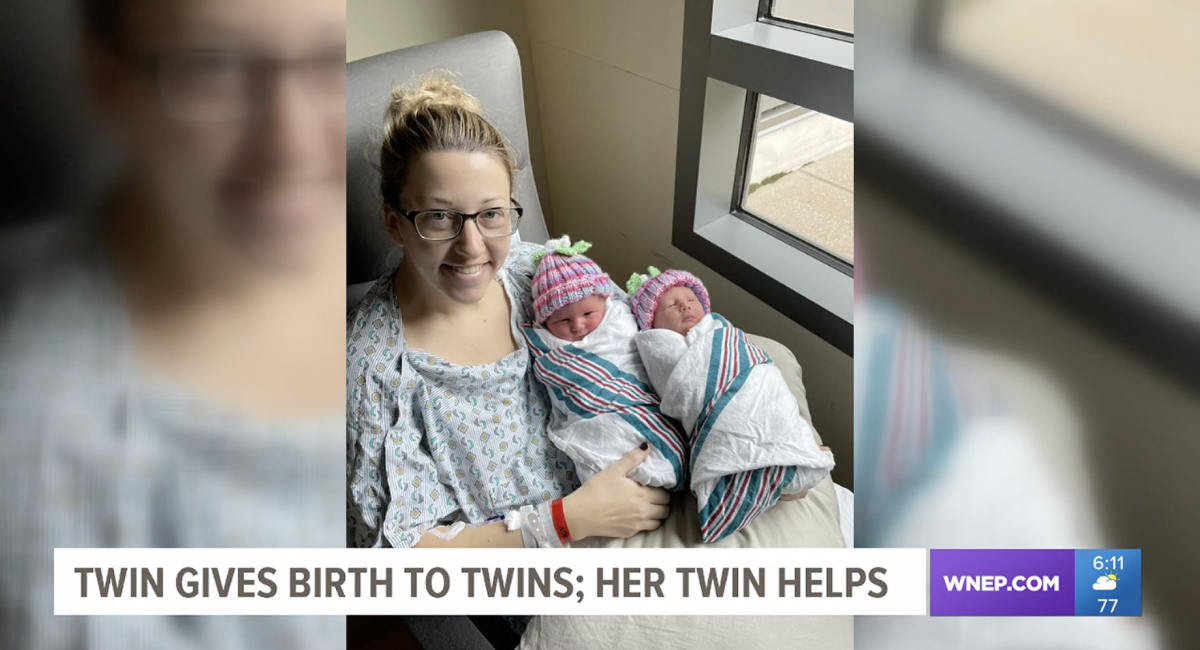 Hillary Leonard and her sister, Mallory DeLaney, both work at UPMC Williamsport. When Leonard brought twin bundles of joy into the world, DeLaney — part of the hospital’s labor and delivery team — got to be there for the event.

“It was definitely heartwarming knowing that I grew up as an identical twin, and now my children will be able to experience the same thing. It is a feeling like no other,” Leonard told WNEP. “[S]he was there as support for me and my family, and like it will always be a special bond that I hold with her outside of being an identical twin, and it is a special bond she will always hold with my children.”

For DeLaney, it was a special moment, too. “It was really exciting. I remember my heart pounding while waiting for them to bring Ryleigh, or Baby A, over to the warmer for us,” she said.

“There is video that Hillary has sent me of them just laying next to each other, and their hands find each other, and they are holding hands,” DeLaney said. “They are jabbering back and forth to each other,” said Delaney. “I don’t think it is something we will have to model for them. I think they will do it on their own.”

Leonard agreed. “We obviously don’t remember what it was like for us as babies,” she said. “Just to imagine that we probably experienced that as children and now for my kids to experience that as well, a lot of emotions. But nonetheless, one of the greatest feelings I ever been able to have in my life.”