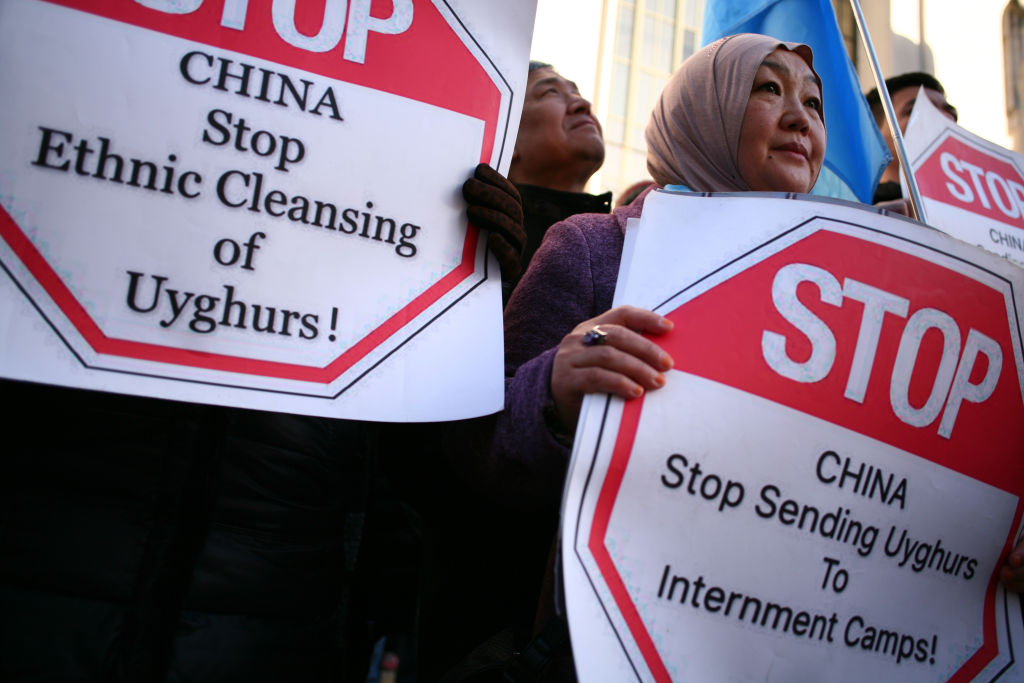 As the Chinese government commits horrific human rights abuses, most of the world continues to look the other way. Yet Congress and the Trump administration just worked together to pass legislation that seeks to hold the Chinese Communist Party (CCP) accountable. The Uyghur Human Rights Policy Act of 2020 condemns the CCP for its present-day genocide of Uyghur Muslims, and gives the United States government more power to act against the CCP for its abuses.

With this legislation, President Trump will have 180 days to report to Congress with the names of Chinese nationals or other individuals who are responsible for committing torture, detention without charges and a trial, abduction, cruel and dehumanizing treatment of Muslims or other minority groups, and other human rights abuses. If the abuses are verified by Congress, the individuals responsible will face sanctions, including the blocking of assets, the revocation of visas, and ineligibility to enter the United States. Reggie Littlejohn, an attorney and the founder of Women’s Rights Without Frontiers, applauded the legislation — the first time any government in the world has taken a stand against China and its atrocities.

“This is a very strong statement to the totalitarians in Beijing,” Littlejohn said in an interview with The Stream. “It’s saying the U.S. is willing to challenge them on their human rights abuses. These are not just crimes against the Uyghurs on Chinese soil. They’re crimes against humanity.”

Senators Marco Rubio (R-Fla.) and Bob Menendez (D-N.J.) have worked together for years on this legislation, which passed with widespread bipartisan support and has since gained approval from Uyghur rights groups. Only one person, Senator Thomas Massie (R-Ky.), voted against the legislation, tweeting, “When our government meddles in the internal affairs of foreign countries, it invites those governments to meddle in our affairs.”

BBC’s China correspondent John Sudworth called the legislation “the most significant international attempt” to put pressure on China for its treatment of Uyghur Muslims. The World Uyghur Congress likewise applauded the bill, and called on other legislative groups around the world to follow suit. Dilxat Raxit, a spokesman for the World Uyghur Congress, told Reuters the bill is an important action against “China’s continued push of extreme persecution.”

China, meanwhile, has responded with veiled threats. “Do you think if America takes actions to hurt China’s interests we won’t take any action?” said Chinese foreign ministry spokeswoman Hua Chunying, according to Reuters. “I think any wrong words and deeds must pay the due price.” Beijing officially smeared the bill as a “malicious attack on China,” with Vice Foreign Minister Qin Gang making “stern representations” to William Klein, the U.S. embassy’s minister counselor for political affairs in Beijing.

China’s human rights abuses are widespread and well-known. Because of the CCP’s population control policies, women have been dragged off the street and forced into abortions, and babies have been ripped from their mother’s arms and forcibly placed in orphanages. Human trafficking has flourished, while China boasts the highest suicide rate of women in the world. In addition, it’s estimated that over 1 million Uyghurs are being held in concentration camps. Women in particular face sexual violence and torture, including forced abortions and gang rape. Other prisoners are tortured, with chairs made out of metal nails, fingernails pulled out, skin flaying, and electric shocks in so-called “black rooms.” Prisoners who have escaped have said they were sterilized against their will, while still more are subjected to medical experimentation. Horrifically, some prisoners’ organs are harvested without anesthesia while they are still alive.

Human Rights Watch reports China is one of the world’s greatest threats to human rights. Hopefully, more world governments will follow the United States’ example in pressuring China to treat its people with the dignity they deserve.