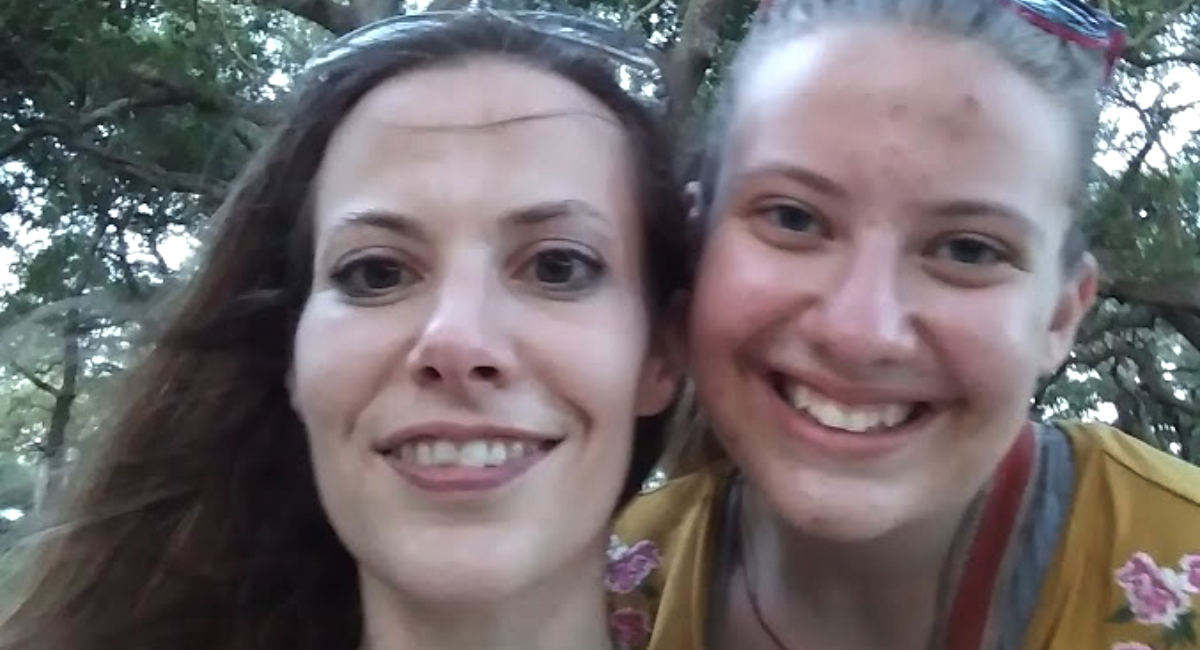 She didn’t have a car, a job, or a stable home — but that didn’t stop 20-year-old Shelly Welden from trekking almost 10 miles from Cuyahoga Falls to the Akron Job & Family Services (JFS) in a desperate attempt to get assistance for her preborn baby.

Shelly had been dating her boyfriend since she was a young teenager, but chose to ignore his frequent unfaithfulness and unreliability throughout their relationship. Now, she was pregnant with his child. This child wouldn’t be his first – he had two children from his other liaisons. Shelly knew she couldn’t rely on his support. But she did inherit a strong pro-life conviction and unshakable Christian faith from her beloved maternal grandmother that propelled her to make the long hike to JFS on foot.

“When I suspected I was pregnant, I was excited,” Shelly told Live Action News. “While I realized it wasn’t an optimal time to bring a baby into the world given my situation, I already loved the child growing inside me and I was going to do everything possible to provide for my baby.”

When she arrived at JFS, she was told she needed to present a positive pregnancy test before she could apply for welfare. She was given two options to get the required documentation: go to Planned Parenthood at no cost to her or to a doctor’s office where she’d pay at least $40 to obtain a test. She chose to go to Planned Parenthood.

Shelly says, “The staff at Planned Parenthood couldn’t have been more caring and supportive. They seemed very eager to help and I felt I was in good hands there.” The Planned Parenthood counselor beamed when she told Shelly the test had confirmed her pregnancy. And like a superhero swooping in to save the day, she gleefully told Shelly she could help her get rid of an unwanted child. Shelly was astounded.

“I told her emphatically that I was pro-life, and I would not, under any circumstances, consider aborting my child,” she says. And that’s when Shelly says the counselor’s smiling face transformed into an ugly, snarling countenance and she started to hurl insults at the vulnerable young woman.

“She told me I was selfish, that I wasn’t thinking about the baby and that I should be married before having children,” Shelly explained. “She said I was stupid to bring a baby into a situation where I had no viable means of financial support. It was as if she was morally superior to me and acted as if I was a piece of lint on her clothing. She had such a smug attitude.”

But Shelly remained firm and politely requested her pregnancy test so she could return to JFS. Still, the woman persisted, finally leaving the room to get her supervisor and general manager. The three women formed an aggressive attack team, hoping to break Shelly and rack up a sale. When they finally realized their vile remarks were no match against her pro-life principles, they reluctantly handed over the pregnancy test. Shaken, Shelly left the facility.

In retrospect, she realized they used her personal information against her and later learned from a friend’s mother employed at JFS that she had a third option: Akron Pregnancy Services. She was angry she wasn’t given this information and believes it was intentional.

During her pregnancy, she lived with various friends and family members, never calling one place home for long. While her relationship with her parents was at times rocky, she eventually moved in with them during the last months of her pregnancy.

“Before my daughter was born, my mom pressured me to give her up for adoption,” Shelly says. “But when she saw Rachel for the first time, she changed her mind.”

Hoping to raise her daughter with her boyfriend, Shelly went to live with him, but the relationship was volatile and once again, Shelly was looking for another place to live with her toddler daughter. Shelly told Live Action News, “I felt regret for having a baby when I was perpetually homeless. In a way, it made sense why the women at Planned Parenthood thought I was ‘stupid’ to bring a baby into the world. I felt bad about myself for getting pregnant when I could have prevented it.”

But Shelly knew about the infinite graciousness of God. She knew that regardless of her bad decisions and poor judgment, God could transform the self-inflicted bad breaks into glorious outcomes.

Despite her ongoing troubles, Shelly’s faith sustained her, and she often saw God’s blessings show up. Like feeling comforted when her aunt visiting from Virginia Beach told her God had a great plan for her baby. And the time a kindhearted woman she barely knew transferred ownership of her old Nissan Sentra to Shelly so she could have a car. And now, she needed to be able to raise her daughter in a loving, stable environment.

As if in answer to prayer, on the urging of her sister, Shelly applied for a job at Jubilee Donuts. She recalls Benjamin, the owner’s son, leading her through the kitchen where some employees with mentally disabilities were working. As Benjamin stopped to talk to the teenagers, he tenderly put his arm around one, addressing him in a compassionate manner.

Impressed with Benjamin’s warmth and sensitivity, Shelly jokingly told her sister she was going to marry him.

Shelly was offered the job, and Benjamin later confided that he, too, had developed an instant “crush” on Shelly. The two eventually married, and Benjamin adopted Shelly’s daughter Rachel as his own. Today, Shelly and Benjamin have two other children: Benjamin, Jr., 12 and Lily, 2. He currently owns Jubilee Donuts. Rachel is now 18 years old and is well-liked by those who know her.

“My life couldn’t be happier,” Shelly says. “I have a great family and live in the country, a dream I always had. Rachel now works at our family business. I’m so proud of the young lady she’s become.”

Every day, women like Shelly overcome incredible obstacles to bring their babies into the world and parent them, often despite the lure by the abortion industry promising an easy solution to an otherwise very challenging journey. These women demonstrate awe-inspiring courage, tenacity, and faith.

Shelly advises, “Know that God is always for life. No matter how someone makes you feel doesn’t change there’s a life inside of you. Whether a woman decides to keep her baby or choose to give the child up for adoption, God can work everything out for His good.”

Shelly wishes more churches offered programs or support networks for single, pregnant women who are struggling and urges people of faith to come out of their comfort zones to reach women in crisis.