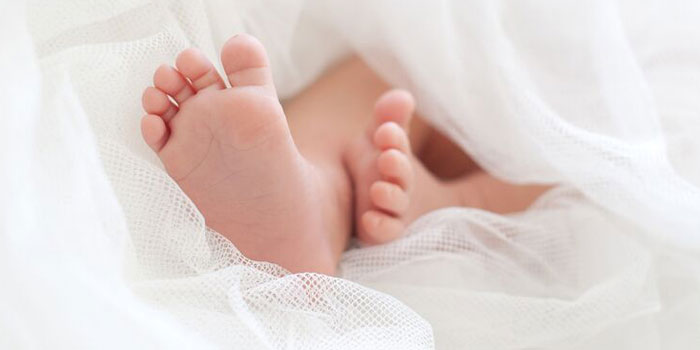 With surrogacy, ethical problems abound. A woman’s body is essentially rented out by other people, and the baby is seen as a commodity to be bought — or returned if defective. Surrogacy is a modern-day human trafficking issue that many people remain unaware of. But as artificial reproductive technology becomes more common, and more people engage in activities like IVF and surrogacy, ethical quandaries pop up more and more. One horrifying story has recently surfaced out of Texas, and if it were not for the brave actions of the surrogate, a baby boy would have died.

A Texas woman agreed to be a gestational surrogate mother for an out-of-state couple, after having successfully carried two prior surrogate pregnancies for other couples. But this pregnancy did not go as planned: the baby, who was the biological child of the couple paying the surrogate to carry him, was soon diagnosed prenatally with hypoplastic left heart syndrome (HLHS), a birth defect that prevents the left side of the heart from forming correctly, and affects blood flow through the body.

The surrogate mother stood firm, and gave birth to her baby boy. She was not permitted to see him afterwards, and he was put in the custody of his biological parents, who had wanted him to be aborted. Initially, it appeared that the parents were going to refuse the life-saving surgery the little boy needed, so the surrogate got an attorney, and the Dallas County District Attorney’s Office also got involved to try to save the baby boy. “The District Attorney’s Office, specifically the Juvenile Division, is doing whatever we can, whatever it takes, to save this baby’s life,” Assistant District Attorney Michael Snipes said.

“We reached out to the doctors involved and expressed our client’s desire and expressed our belief that if the biological parents did not authorize medical care today that other legal avenues will need to be taken,” Karen Turner, the surrogate’s attorney, said. “We were hoping to hear from the opposing parents because it would have been the expected or humane or intuitive thing to respond. And another thing important to know, no doctor ever suggested an abortion was appropriate or necessary. Because these babies are born or treated all the time.”

“My client doesn’t believe in abortion, and she was never told by any doctor that this type of defect is a reason to abort a child,” Turner added.

A serious birth defect like HLHS is certainly scary for any prospective parent, but if treated, babies with HLHS have an extremely good chance of surviving to adulthood. HLHS is not an automatic death sentence, or a reason to lose all hope, as people like Baby Bowen prove every day. But if left untreated, the condition is almost uniformly fatal, which is why the district attorney’s office and the surrogate were scrambling to make sure that the baby received the surgery he needed right away, even if the biological parents wanted to let him die.

Thankfully, the district attorney’s office announced that the parents eventually came around and consented to allowing any treatment the baby may need. “My client is delighted,” said Karen Turner, attorney for the surrogate. “That’s really all she ever wanted, is for this baby to get the medical treatment.”

Sadly, what happened with this surrogate mother is not rare. It’s heartbreakingly common for parents to pressure surrogates into aborting their preborn babies because the surrogate is carrying multiples, or because the baby is diagnosed prenatally with a disability — even a non-fatal one. And in many states, the surrogate has little-to-no legal protection. In surrogacy, those who support abortion argue that the woman’s body now belongs to others, to do with as they wish.

On top of the troubling concept of renting someone’s body to use, many people who use surrogates are also treating a child as a commodity to be bought and then thrown away if the baby is not the product they expected. Instead of viewing a child as a human life with intrinsic value, surrogacy turns a child into a product. Children that have a disability or a birth defect are treated like lemons to be thrown out. But each of these children is a human being, not a new car that can be taken back to the dealership because it has a dent in it.

Surrogacy creates two victims: the woman, whose body is treated as property, and the child, who is treated like a product. The world needs to wake up to the realities of surrogacy and demand that this industry is put to an end. Women should not be exploited for their wombs, and human beings should not be thrown away because they aren’t perfect “products.”