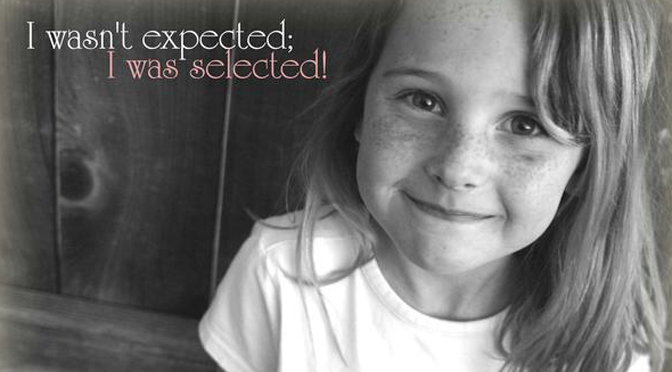 The House of Representatives voted to defund Planned Parenthood, and so abortion advocates responded in a particularly gruesome way: by celebrating the murder of countless preborn babies through the hashtag #ShoutYourAbortion on Twitter. Supporters wrote callous messages about how they didn’t regret their abortions, or how murdering their preborn child made them feel happier and more fulfilled, that they were thriving and had no guilt and no shame.

But then, pro-lifers came up with a new hashtag: #ShoutYourAdoption.

#ShoutYourADOPTION because ALL lives matter

The pro-abortion activists on Twitter often repeated the same argument in their stories of why they had abortions: they weren’t ready for a baby. They weren’t the parent type. Their boyfriend threatened to leave them. What else were they supposed to do?

Adoption is the answer that’s never really discussed, and especially not by Planned Parenthood. After all, there aren’t big bucks to be made by facilitating an adoption. But that doesn’t mean that pro-lifers aren’t willing to speak out and share their inspirational adoption stories.

In 1985, my dad adopted me:a fatherless boy. In 2009, I adopted a fatherless girl: my sweet daughter Bailey. #ShoutYourAdoption#PraiseJesus

I chose life and 31 years later he thanked me. #ShoutYourAdoption

Instead of #ShoutYourAbortion #ShoutYourAdoption #hope #love You have non-violent options. And you are strong. pic.twitter.com/QGJBaWPP0q

I’m thankful that I was not aborted. Instead my biological birth mom chose life. #ShoutYourAdoption not #ShoutYourAbortion!

I was a teen dad who gave my son up for adoption. Thankful we chose life. #shoutyouradoption not #ShoutYourAbortion pic.twitter.com/W1U7tmD5Ub

And what about the baby’s choice?

On top of all of this, there’s another common refrain in #ShoutYourAbortion: that a woman’s life would be ruined by having a baby. Many of the #ShoutYourAbortion tweeters gave examples about wanting to protect their future.

Because I’m an AP honors student and I wanted a better future for my future children. #ShoutYourAbortion

Pro-lifers are the ones who believe that women are strong enough, that women are capable. We are willing to be there to help women through a crisis pregnancy. Pro-abortion activists can’t say that. Their answer to a woman in crisis is to ‘fix it’ through violence and pain; pro-lifers, meanwhile, used #ShoutYourAdoption to prove that there’s a better way, one that can provide inspiration and hope instead.