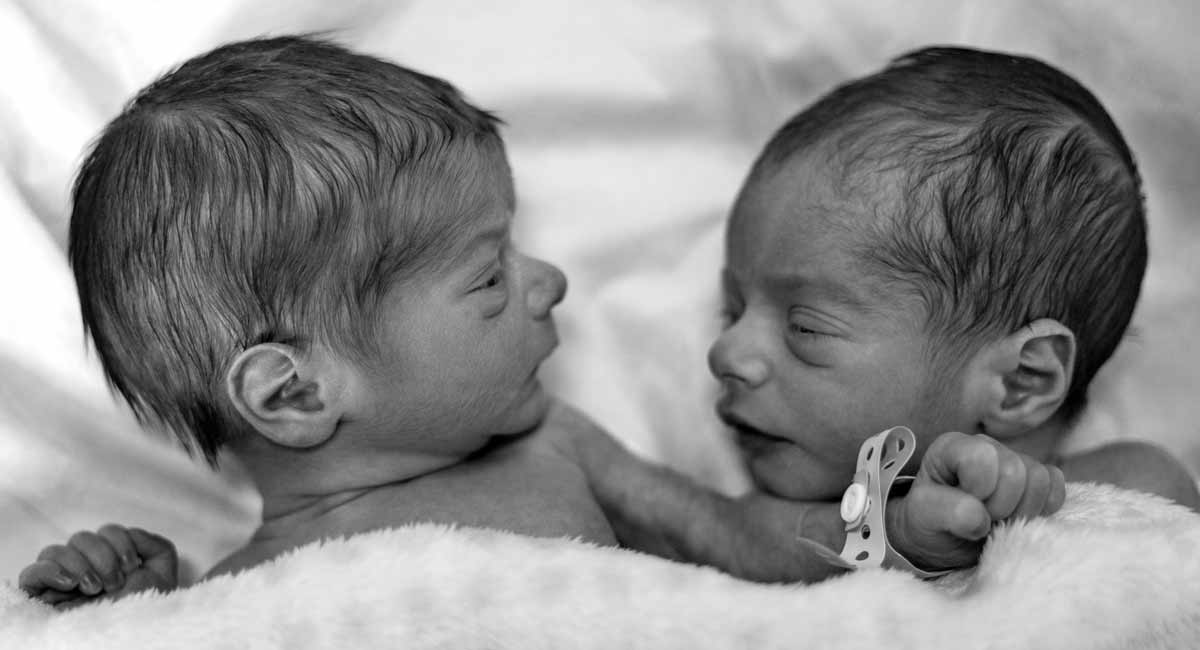 UPDATE, 12/5/18: The Hill reports that scientist He Jiankui has now gone missing. The last time he was seen publicly was when he “ma[de] an appearance at a scientific summit on Wednesday [November 28].” His employers have denied reports that He was being detained.

UPDATE, 11/29/18 7:55 pm: According to the BBC, the Chinese government has halted He Jiankui’s work and is demanding an investigation into his experimentation with human embryos, writing, “The National Health Commission has already said Prof He’s work ‘seriously violates China’s laws, regulations and ethical standards’ and would investigate the claims.”

11/29/18: A Chinese researcher and a U.S. scientist are both claiming to have taken part in creating the world’s first genetically edited babies. They say they used a relatively new technology called CRISPR-Cas9, which allows scientists to edit genes by either supplying a specific gene to a person or disabling one. This type of gene editing of human embryos is currently banned in the United States but not in China, although privately-funded U.S. researchers are able to use CRISPR on human embryos before destroying them. If it is true that CRISPR has been used to genetically edit a human embryo — in this case, twin girls — it would be considered a major step in science by some, and a major misstep in ethics by others.

The Chinese researcher, He Jiankui of Shenzhen, said he edited embryos during the free fertility treatments of seven different couples. Only one of those couples has had a pregnancy result so far. The purpose of the editing was to alter the genes of these tiny humans in hopes that they would be immune to a possible future infection with HIV. The identities of the families have been kept confidential; however, the researcher said all of the fathers in the experiment had HIV and the mothers did not. Interestingly, the experiments weren’t done to eliminate the small risk of the children inheriting HIV from their father, but to provide the parents with children who may be able to avoid getting HIV in the future.

No word on how the twins might be tested in the future to see if they are, in fact, impervious to HIV.

During a gene editing conference in Hong Kong, researcher He revealed his claim and has said that while the embryos were three to five days old, a few cells were checked for editing of the CCR5 gene which forms a protein “doorway” that allows HIV to enter the cell. 16 of 22 embryos were edited, and 11 of them were used in six implantations. Then the twin pregnancy resulted. One twin had both copies of the target gene altered while the second twin had just one altered. That twin would therefore still be susceptible to HIV, although some research has indicated that it would have less of an effect on the person’s health.

“In that child, there really was almost nothing to be gained in terms of protection against HIV and yet you’re exposing that child to all the unknown safety risks [of gene editing],” said Dr. Kiran Musunuru, a University of Pennsylvania gene editing expert and editor of a genetics journal.

Musunuru noted that if the editing went exactly as planned, individuals without normal CCR5 genes face higher risks of getting certain other viruses, such as West Nile, and have a higher risk of dying from the flu.

There is no hard proof that He has actually used CRISPR to edit the genes of human embryos as he claims, and this study has not been published in any medical or scientific journals where it could be vetted by other scientists and researchers. However, if true, the ethics of such an act are highly questionable.

It’s “unconscionable … an experiment on human beings that is not morally or ethically defensible,” Musunuru added.

The U.S. scientist who claims he worked with He on this experiment is Michael Deem, a physics and bioengineering professor who was He’s adviser at Rice University in Houston, and is a stakeholder in He’s two companies.

CRISPR-Cas9 is just the start of the CRISPR system. It uses an enzyme, Cas9, to act as a pair of “scissors,” cutting out two strands of DNA at a specific point in the genome, allowing scientists to add or remove DNA. The cell will recognize that the DNA is damaged and will attempt to repair it. There are other enzymes, such as CasX and CasY, that scientists at U.C. Berkeley are currently discovering. This video explains how it happens:

The risks we run with gene editing are many. From unintentionally causing harm by trying to “repair” a faulty gene to a dystopian future of “designer babies” in which parents can choose and change anything about their embryos before deciding which ones are worthy of life — the possibilities for unethical situations are endless.

When CRISPR-Cas9 is used in born individuals, such as those with sickle cell disease or cystic fibrosis, it alters their DNA to replace the faulty DNA with the “correct” DNA to attempt to rid the person of their genetic condition. It will not affect their offspring. However, CRISPR-Cas9 has been know to target the wrong gene, and in human embryos, that could result in serious problems for the child and for that child’s descendants.

When you alter the DNA of an embryo, it is passed on to the next generation. In addition, when we edit a gene to do what we want it to do, we can inadvertently edit it to cause other problems, as has happened with CCR5. Researcher He wants to edit it to close the “door” to HIV — but that means the individual is left more vulnerable to other illnesses like West Nile and influenza.

In the United States, CRISPR is used on born individuals but not on embryos. In 2017, the National Academy of Sciences recommended that CRISPR be used only in clinical trials to cure and prevent serious diseases — not to enhance preborn babies.