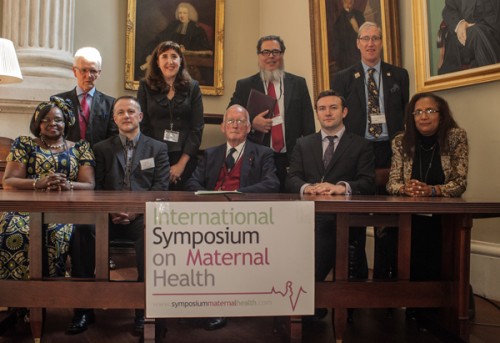 The untimely passing of Savita Halappanavar is truly tragic. The pro-life community deeply cherishes the sanctity of life and mourns her death. But her death is not an argument for legalizing abortion.

According to news reports, Savita was 17 weeks pregnant when she was admitted to an Irish hospital in Galway. She faced severe complications, miscarried, and later died from septicemia. Although the case is still under investigation, her husband says she desired an abortion and that if she had been allowed to abort her child in the midst of the complications, she would have survived.

Abortion activists all over the world have jumped on this case to say that abortion saves women’s lives, without waiting for any corroborating details from the medical investigation. The truth is that there is no evidence that abortion would have saved Savita’s life. In September, the International Symposium on Excellence in Maternal Healthcare – comprising experts in obstetrics and gynecology from across the globe and 140 Irish medical professionals in the field – concluded in the Dublin Declaration that abortion is not medically necessary to save the life of a pregnant mother.

Based on early reporting, it appears that the deadly infection may actually have resulted from slow administration of antibiotics, though nothing can be said with certainty until the investigation is complete. The health minister added that there is no reason to believe Catholic influence interfered with providing necessary treatment for Savita.

Ireland prohibits direct abortion in all cases. Yet Irish doctors are always obliged to save the life of the mother, even if it risks the life of her baby. In fact, doctors who don’t intervene in such circumstances can be struck off the Irish Medical Council registry.

Abortion campaigners claim that doctors are afraid to intervene in life-threatening circumstances because of Ireland’s pro-life laws. But then they proceed to muddy the waters by obfuscating between interventions that risk the life of the unborn child and direct abortion. A common example is the conflation of premature delivery or treatment for ectopic pregnancy with direct abortion. If doctors in Ireland are confused, it’s not because of the law. It’s because of pro-abortion activist groups which distribute misinformation to doctors, legislators, and the public.

Furor over Savita’s death rings disingenuous when one recalls the pro-choice lobby’s deafening silence over the deaths of Manon Jones, Jessie-Maye Barlow, and Emma Beck after they were subjected to abortion in the United Kingdom. Where was the ire over abortionist negligence when Tonya Reaves died in agony? Where were the calls to change abortion laws in order to protect women then? The one-sided advocacy of activists demanding change exposes that their concern isn’t about protecting women so much as protecting abortion.

Medical evidence shows that women’s mortality rates are actually increased by abortion. A single induced abortion increases the chance of maternal death by 45%, while women who have two or more abortions face 114% and 192% increased chances of premature death, respectively. Women who have abortions are at increased risk for mental health problems, depression and suicide, and breast cancer.

In reality, abortion-free Ireland remains the safest place in the world to be a pregnant mother. According to UNICEF, the nation consistently boasts one of the lowest maternal mortality rates in the world (#1 in 2005, #3 in 2008). The World Health Organization identified Ireland as the nation where women face the lowest lifetime risk of maternal mortality – far less risk than in abortion-providing nations like the United Kingdom and the United States. Savita’s story is newsworthy precisely because it is so rare!

It’s time for abortion activists to stop using Savita Halappanavar to further their agenda. Until the investigation is complete, we won’t know what exactly went wrong with her treatment. But we can know one thing: abortion never saves a woman’s life. It just kills a baby.