The proposed curriculum is based on the Guidelines for Comprehensive Sexuality Education, known from Sexuality Information and Education Council of the United States (SIECUS). These guidelines were developed by a task force that included members from Planned Parenthood,  the National Education Association, and American Medical Association. Planned Parenthood had the most members of any organization on the original task force at three and was also a part of the latest update panel.

This document is a framework for sex education curriculum from Kindergarten to grade 12, and it contains some disturbing aspects about abortion.

The curriculum is divided into ages at which certain aspects are taught. Abortion is covered from Kindergarten to 12th grade. SIECUS presents it in Kindergarten this way:

“Abortion… When a woman becomes pregnant and chooses not to have a child, she has the option of having an abortion.

Level 1 is targeted for ages 5-8—and the messages at levels higher than that are as follows: 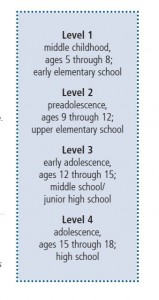 With these levels in mind, here are the levels of abortion pedagogy involved at each level in the SIECUS curriculum: 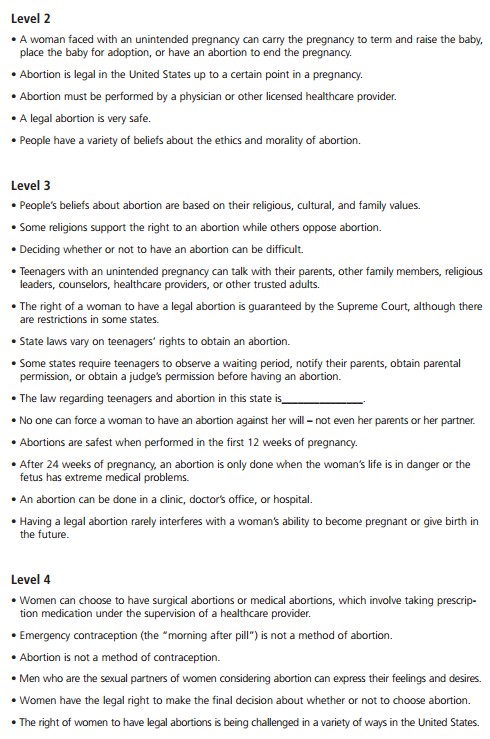 While it’s comforting to know that much, Skorkowsky does not deny any other controversy, instead saying only that the SIECUS document was the basis of their discussion:

“The 2013 legislature considered a bill, AB 230, which would have mandated a more comprehensive sex education curriculum.

“At the time, there was a discussion about a document from a group … SIECUS. This group is made up of various organizations such as the Centers for Disease Control and Prevention, National School Boards Association and American School Health Association, among others.

“Nobody in the legislature suggested adopting the SIECUS document wholesale. Instead, they looked at the document as a starting point for a conversation about what to teach in schools because it is very comprehensive and includes any and all topics that COULD be part of a sex education curriculum.”

He adds that he expects this topic to arise in the next legislative session, so they began forums for discussions. This was also a source of controversy. Some parents felt like they were not allowed to offer input. The International Business Times reported today on the “invitation only,” noting “one of the parents who attended the ‘community input’ meeting… felt there should have been a wider parental involvement in such a decisive change.”

The guidelines in the SIECUS document that CCSD is using to frame its discussion also address sexual fantasy and experimentation, among other things that parents find objectionable. If CCSD has no interest in teaching such polar extremes of the sexual spectrum, it might consider using an entirely different source to begin discussions.

Previously CCSD has had an “abstinence-based” sex education policy, but at a recent board meeting, some members said that in this era, students need more “comprehensive” sex education.

In fact, reports also say that currently CCSD’s sex education program is opt-in, where parents make a decisive decision to let their child take the classes, but the new policy may be opt-out, where the default lies with children taking it.

Many are watching to see how much, if any, of SIECUS guide will be followed. The document says, “Families should provide children’s first education about sexuality,” but immediately after that SIECUS notes:

“In a pluralistic society, people should respect and accept the diversity of values and beliefs about sexuality that exist in a community.”

CCSD says it is still seeking community input on the new sex education program, and if the controversy sparked already is any indication, it will get much more.